For Flying Aces Club competition in the Thompson Trophy Race (radial engines) or the Greve Race (non-radial engines), a plane must have participated in “an American race” between 1929 and 1939, inclusive.  This means that foreign-built race planes are excluded, with the notable exception of the Caudron C.460.  This was built by Caudron in France and was powered by a Renault engine.  It was brought to the USA in 1936 and won both the Greve Race (under 500 cubic inches) and the Thompson (unlimited cubic inches) at the 1936 National Air Races in Los Angeles, California.

Back in the late 1990’s, I started building a 24″ Comper Swift.  I had intended to color it in the G-ABWW King’s Cup Prince of Wales colors.  But, I set the partially completed model aside and took a break from modeling.  Twenty years later, I still had the fuselage and wing and decided to complete the model.  I could fly it in Golden Age, but really, a high-wing monoplane would not be competitive at the national level in Scale, so I wasn’t really enthused to build it, but I started to do research on the Swift.

Only a few Swifts were built and only a couple were built with the Gipsy engine (which I had modeled), so Google image searches were sparse.  But I found out that one exists in Australia that has been restored to flying condition (VH-AGC, was G-ABWH).  In fact, it had been transported to the EAA in 2009 – a fine example.  As I researched this, I came across some intriguing notes:

In a PDF document on the Air Britain Researchers page, Malcolm Filmore reports “…Bought 12.9.33 by Roger Wolfe Kahn (a bandleader) for £250; shipped to USA on SS American Merchant. Regd NC27K [CofR A-39855] 13.2.34 to Roger Wolfe Kahn, New York City; for Roosevelt Field Air Races…”  (ref: http://www.ab-ix.co.uk/firstfiles.html).  PLEASE NOTE:  I believe there to be some date conflicts in the above and below.  I will address them after the photos.

On an Australian website, Geoff Goodall reports about G-ABWH:

This was pretty conclusive proof that the Comper Swift, G-ABWH, had participated in racing in the US – enough to qualify for FAC Racing.  This breathed new life into my Swift – to show up at the races with a new plane that no one has ever had at the Greve race!  But what did the plane look like – what color, what markings?  The search was on.

Here are images that I found for G-ABWH, with annotations:

There is no footage of the Swift in this video, but the introductory footage at seconds 5 through 8 are critical.  Original video found here:  http://www.efootage.com/stock-footage/56946/Spectacular_Air_Show_At_Roosevelt_Field/

So, this is proof that G-ABWH participated at the 1933 National Air Pageant at Roosevelt Field on Long Island, New York.  Above, it is mentioned that the plane was also at the 1934 National Air Races in Cleveland – but I can find no information on that.  Maybe that is something for the Society of Air Racing Historians.

COLORING – by looking at the STANAVO photo and the Roosevelt Field photo, you can notice that the paint seems to be pretty dark.  Typically, in these old photos, blue appears lighter than red – red usually appears pretty dark.  So, I made my model red with white wings and tail.  The wings could be silver (see the photo with canopy detail), but in the other photos, these surfaces are much brighter than silver usually shows up.  I also made the registration letters red, but these may be black.  Also note that they are on the underside of the wing – a detail I missed until after my model was completed.  UPDATE:  It is likely that the flying surfaces are silver.

DATE CONFLICT – in the second PDF referenced above, it says the plane was sold in December 1933 and raced in the US in 1934.  I believe this to be incorrect and here is why:

SO… the Comper Swift G-ABWH participated in the 1933 National Air Pageant in New York – and possibly at the 1934 National Air Races in Cleveland (does ANYONE have info on this plane at this event?), thus becoming the second foreign-built aircraft to qualify for the Flying Aces Club Greve Race.  In fact, I flew my model at the 2017 FAC Outdoor Champs in the Greve (5th place) and the 2017 Ted Dock (2nd place). 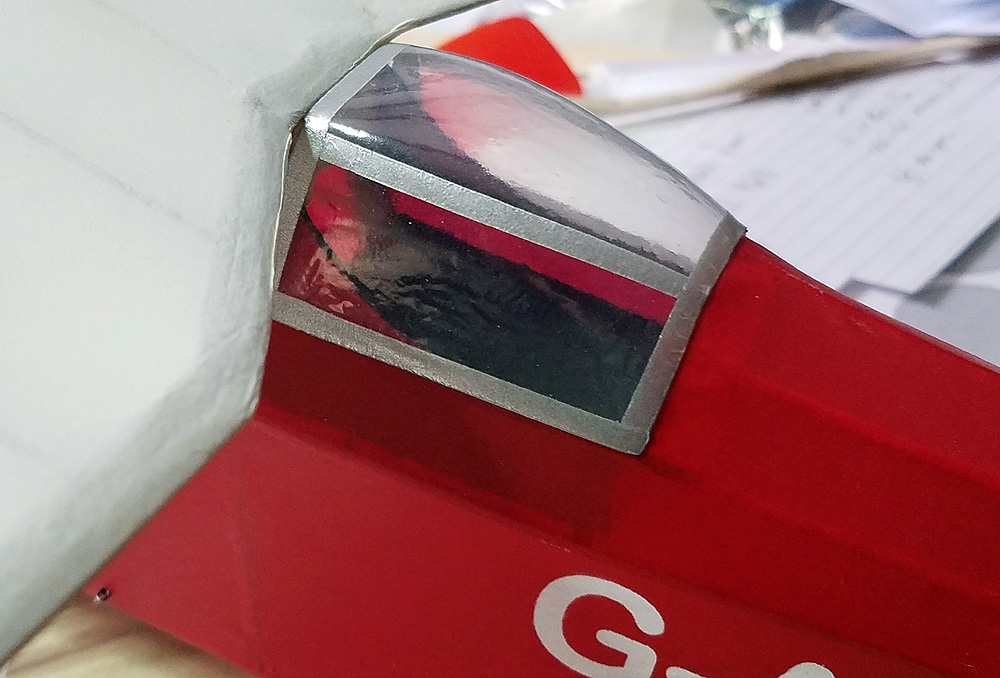 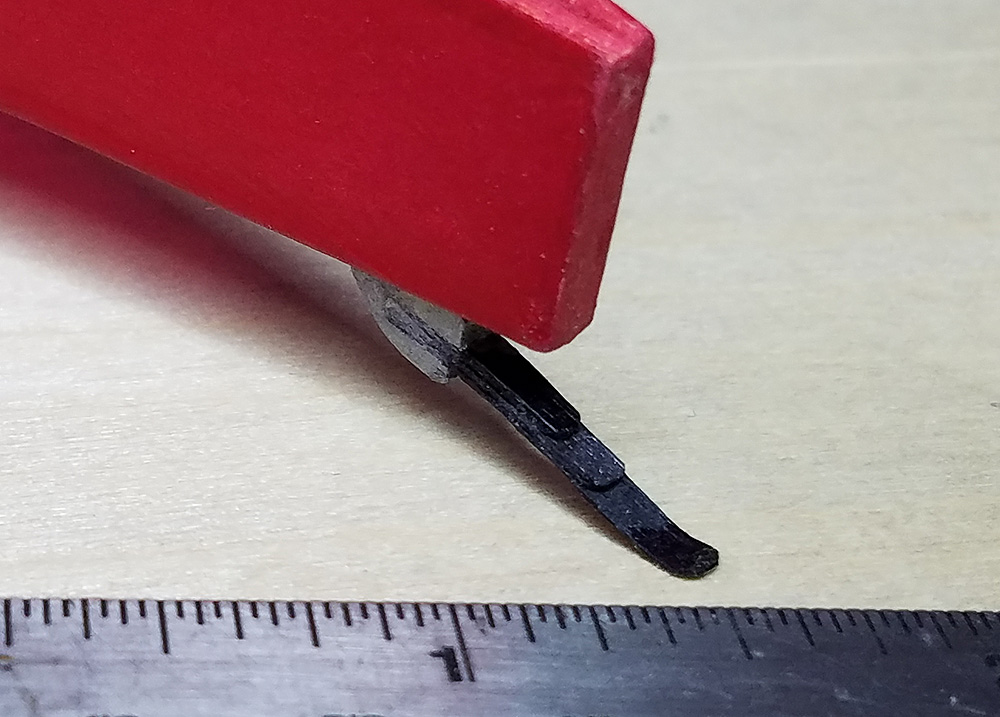