The B.A.T. Monoplane is an obscure favorite for Dime Scale (find my Short Kit HERE).  But just try to find any documentation for the plane.  This man-carrying aircraft was a derivative – It was a one-off modification of an un-manned aircraft designed to be a radio-controlled weapon to target attacking zeppelins in WWI.

I found two significant documentation sources; one online and one hardcopy.  The online source is http://flyingmachines.ru/Site2/Crafts/Craft29148.htm – the hard copy is WWI Aero #117, December 1987.

The online site has a lot (well, a little bit) of history regarding the Aerial Target developed by, or in cooperation with, the RAF (Royal Aircraft Factory).  The majority of the photos here come from that source.

The WWI Aero has a two-page article by a British gent recounting how he bought the man-carrying aircraft, owned it for a period of time, and then dismantled it.  It has three good photos of the plane that are a great resource – but I will not reproduce them here*.  It is not clear that the manned version ever actually flew.

I will, however, describe what I observe – find that info below the following photos.

the Aerial Target (unmanned) in a hangar. Note the skid landing gear (not on the manned aircraft) and the British roundel on the underside of the wing. 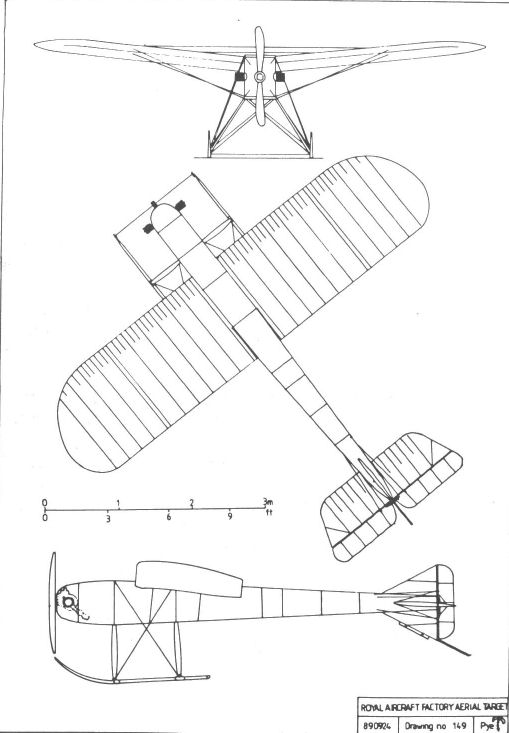 reportedly, a 3-view from the Royal Aircraft Factory – good for general dimensions. 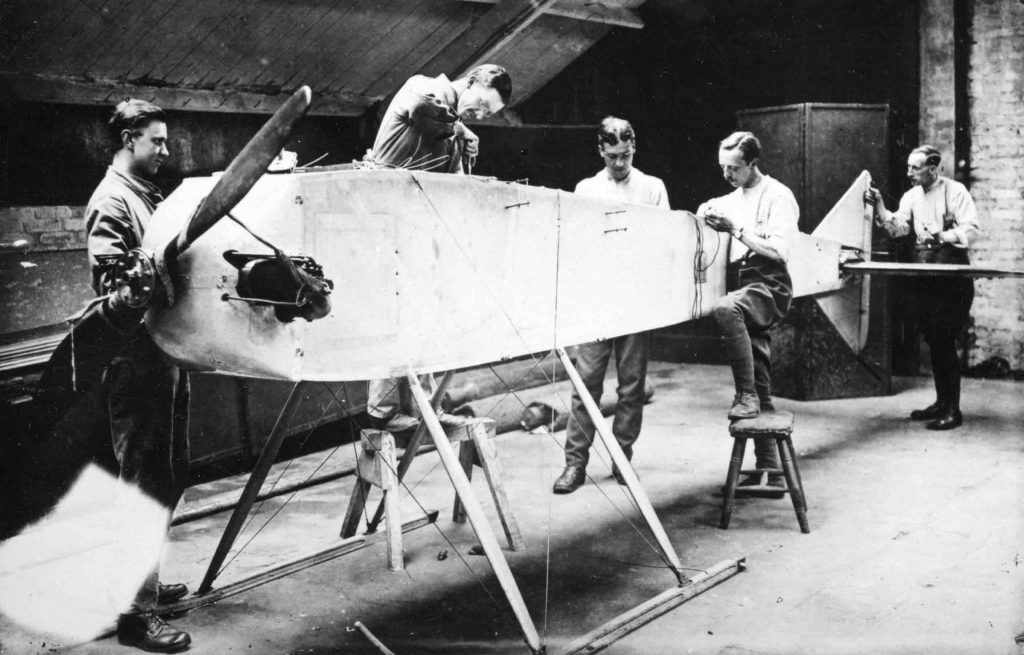 a wonderful photo of the Aerial Target under construction, showing many details, especially around the engine. 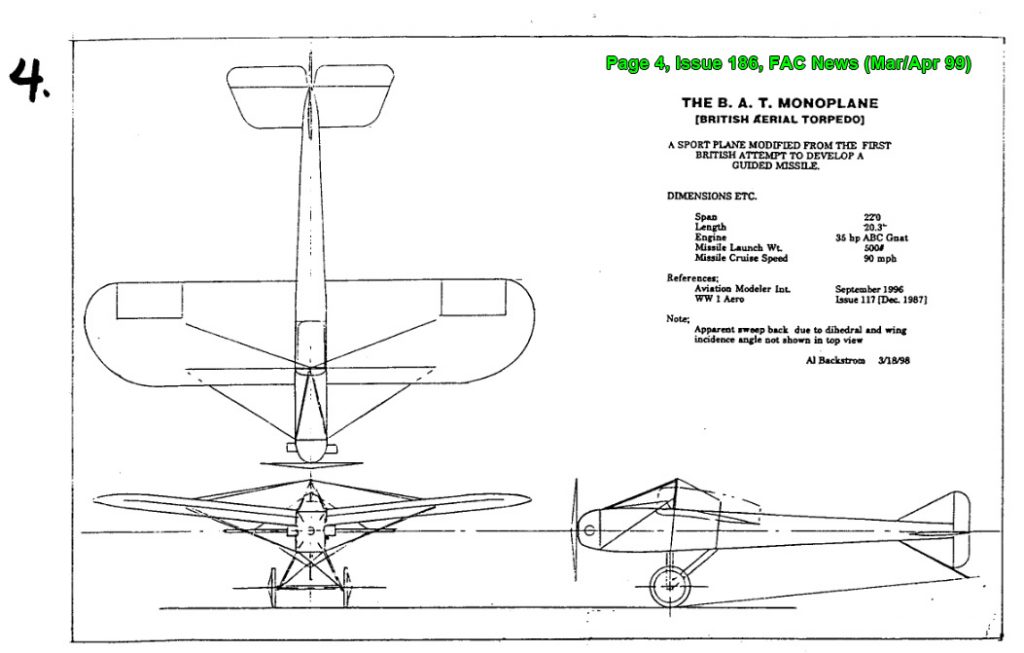 a 3-view of the manned aircraft by Al Backstrom as published in the FAC news.

UPDATE:  I found a fourth photo of the original Monoplane

The WWI Aero shows three photos:  a side view with heavy shadows, a shot from above the rear of the top side of the aircraft, and a shat from the rear with the tail in the air and the nose on the ground – a great shot for the underside of the aircraft.

Details from the side view:

Details from the top view:

Details from the underside view:

So, from these photos (unfortunately not shown here), we can determine that modeling the aircraft with roundels on the upper wing is incorrect; modeling the aircraft in the typical olive upper, white under is incorrect.  There was only ONE version and it was not green and did not have roundels anywhere except the underside of the wings.  I recommend a white, light cream, or antique linen (light tan) color for the model.

* – while I do collect web images and consolidate them here on my site, I will not scan and reproduce hard copy images from publications due to potential copyright issues.