The B.A.T. Monoplane – Something Different

This is a little different than my usual postings.  In early 2020, I received an email for David King in the UK.  He had asked for information and data on my Dime Scale B.A.T. Monoplane (read about it HERE) in order to build it over there.  I sent him what he needed and he stated sometime later that he would build a larger version.

This week, David send some photos and flight reports on a 28″ version that he built from my 16″ plans.  He converted it to diesel and (ugh) 2-channel radio control.  He used a Redfin 0.5cc diesel and says it is perfectly sized for the model.  He also says he regrets installing the r/c gear as it flies perfectly as a Free Flight model.  But with the r/c gear he can guide it back to him after the power runs out.

Again, I’m no fan of r/c, but I do understand why people can and do use it, especially if they use it in limited function, like retrieval.  Here are the photos David sent and some of his words: 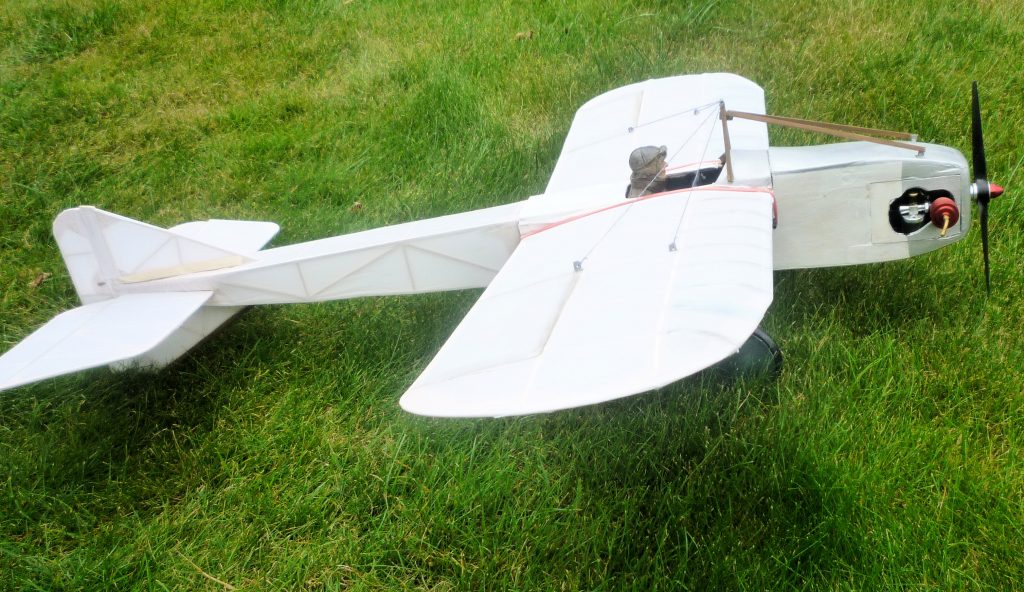 David says, “The Redfin 0.5cc diesel is perfect for it needs just slightly less than full compression. I needn’t have put rudder/elevator control. It flies in lovely left circles from launch without me touching the transmitter . The long nose did mean that even with all radio equipment behind the CG I still had to add 15 GM’s of lead under the fin. A perfect FF model whatever the size.”

David says, “Photo gliding in to land, not the best photo but it was a bit of a murky day. I just regret putting in the RC, with that moment arm and dihedral angle as per your plan it flies on rails.”

It gives me a twinge of pride to hear that I can provide customers with happy and pleasing times in model aviation.