Over the past few months, I worked with Bernard Guest and Liav Hershkoviz to make improvements on the Band Burner DT.  Earlier this month, I received a new batch from Bernard and Version 2 is a vast improvement, not in operation (that is the same), but it application.  It is now more compact and of a standard shape with a “housing” for easy mounting.  Here is a series of photos – and a video – showing the new product, a new charger, and some little accessories I designed for my own use (I will probably include the 3D printed protective case in those that I sell). 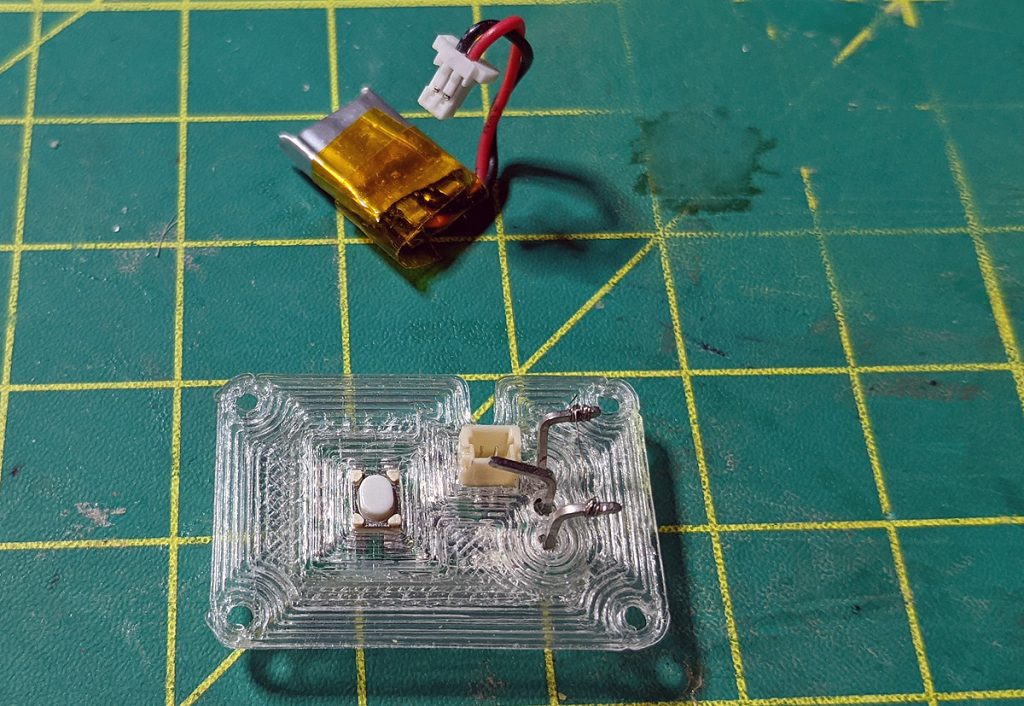 This is the new Band Burner, with its 3D-printed housing, and the 30 mAh LiPo battery 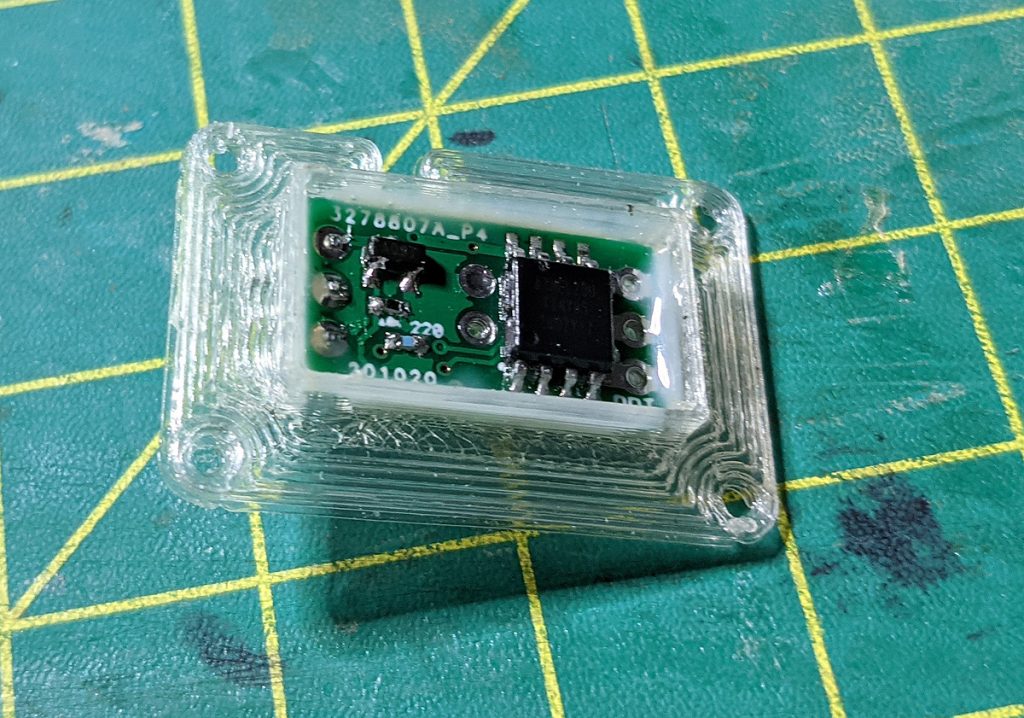 the bottom view of the Band Burner and housing. 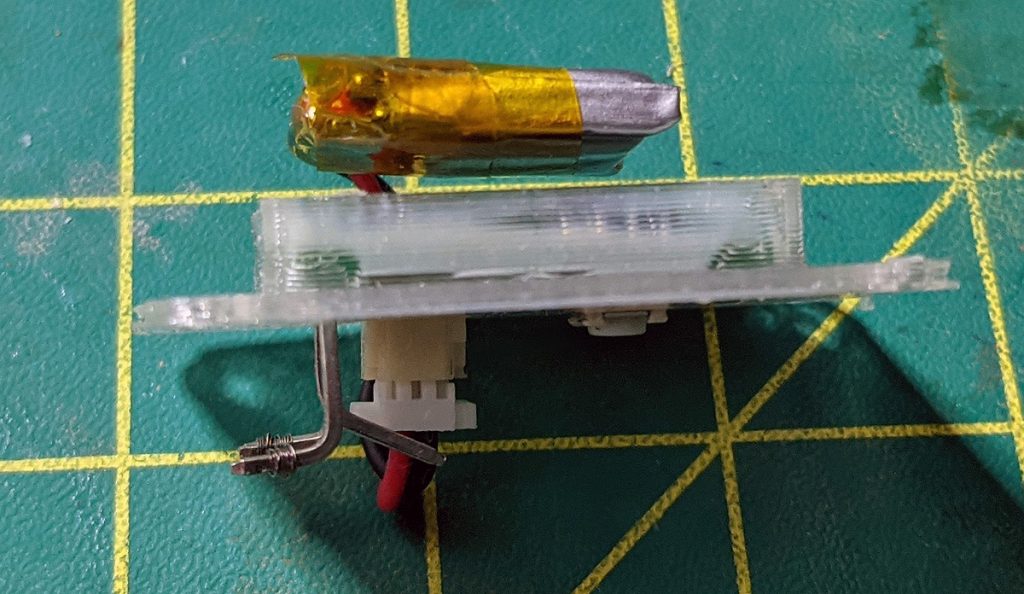 the side view of the assembly (battery installed) showing the housing’s cross section and how the battery sits immediately under the circuit board. 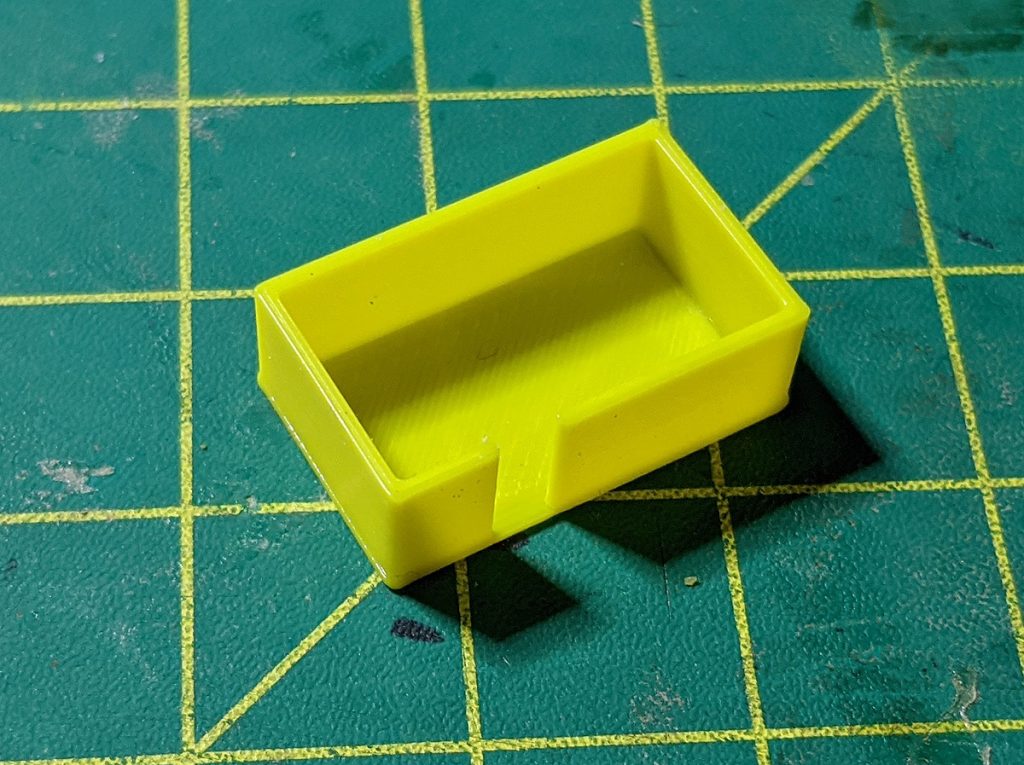 my 3D-printed protective case for the back. without this, the battery (typically) inside the model’s fuselage and subject to beating by the rubber. 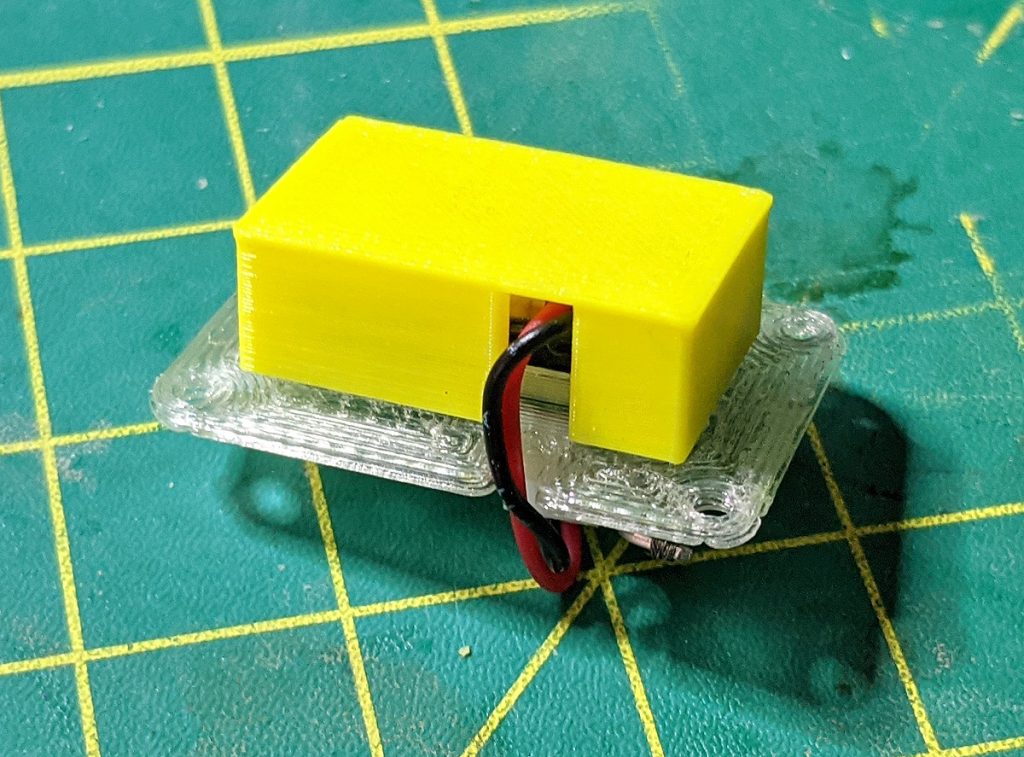 how my protective case slips over the Band Burner’s 3D-printed housing. 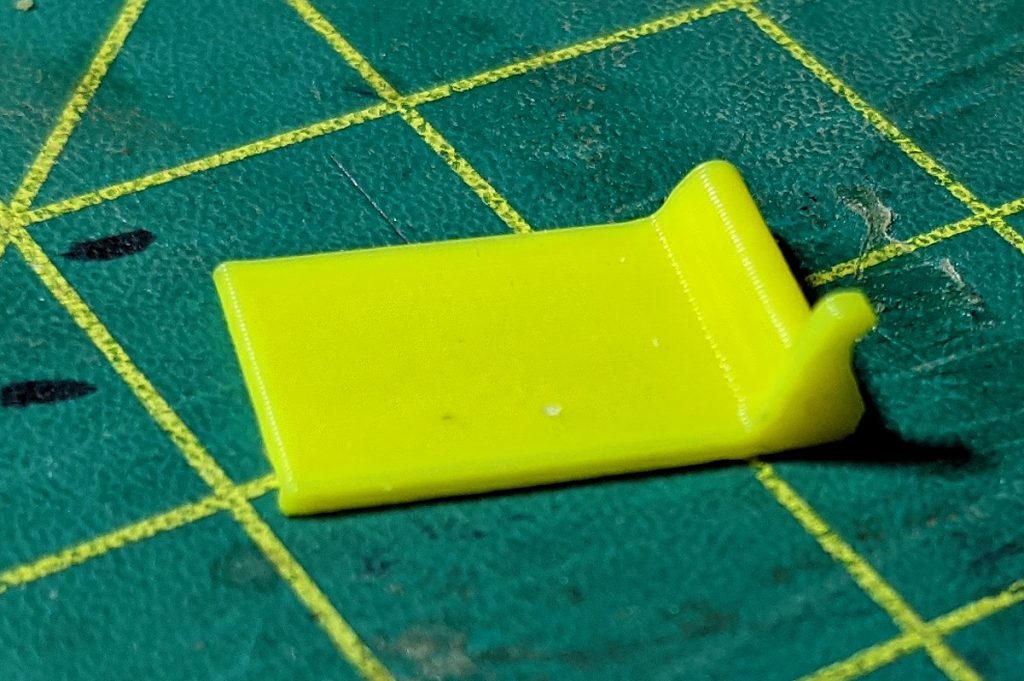 my 3D-printed base for a “mousetrap” bail for DTs. It has a hook for one end of the Dental Band that will be burnt by the Band Burner. This standardizes the DT Band Mounting (removed excessive stress from the DT itself). This can be used on fuse-burning DTs, as well. 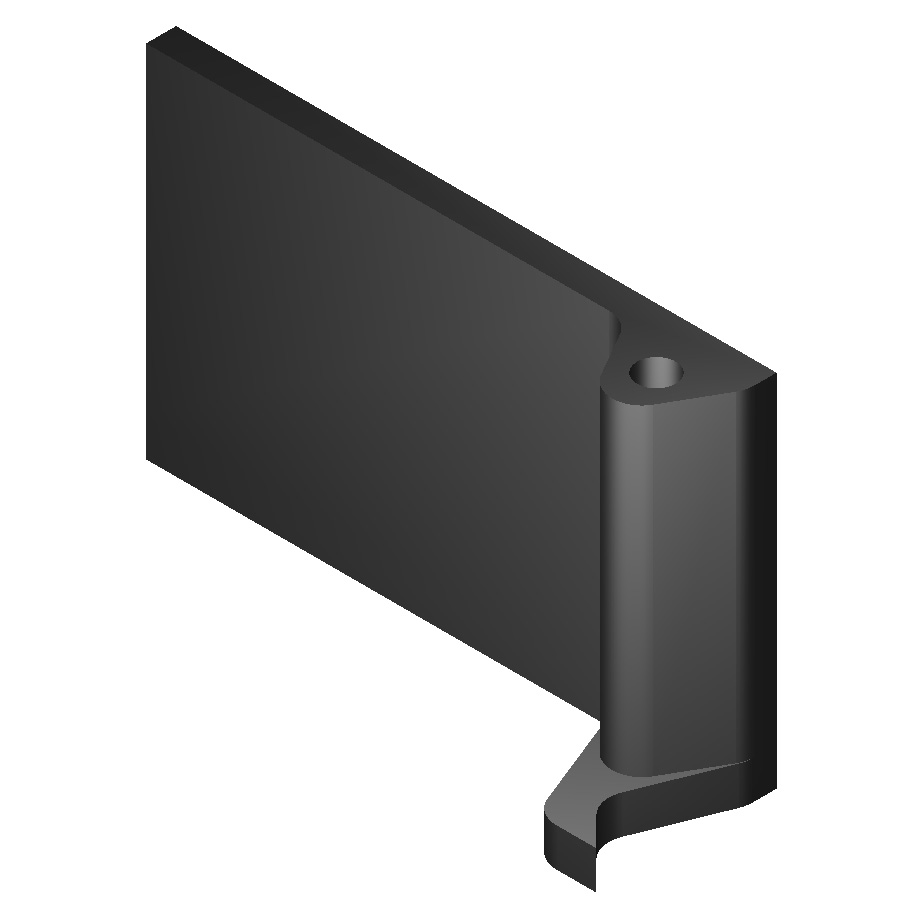 here is a graphic illustration of the base plate 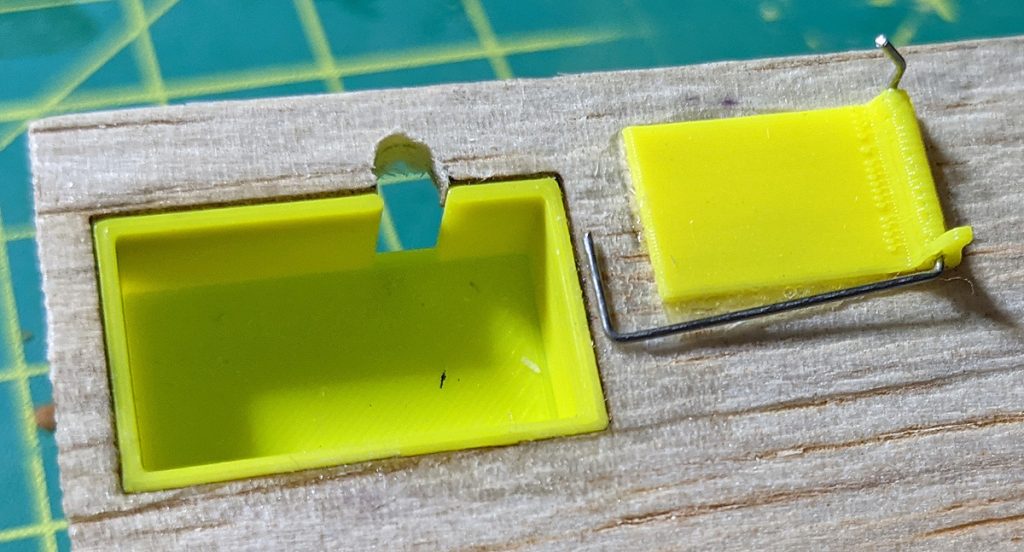 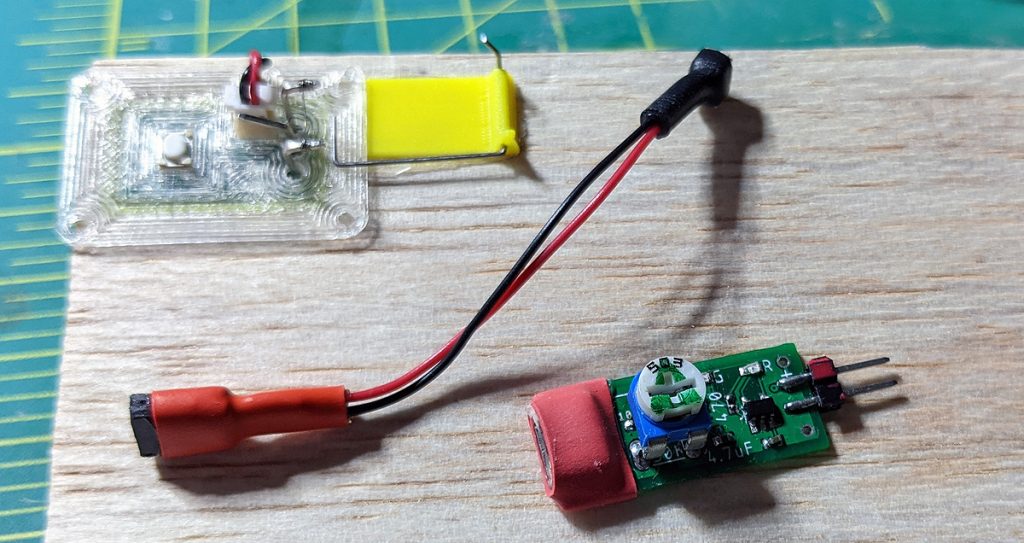 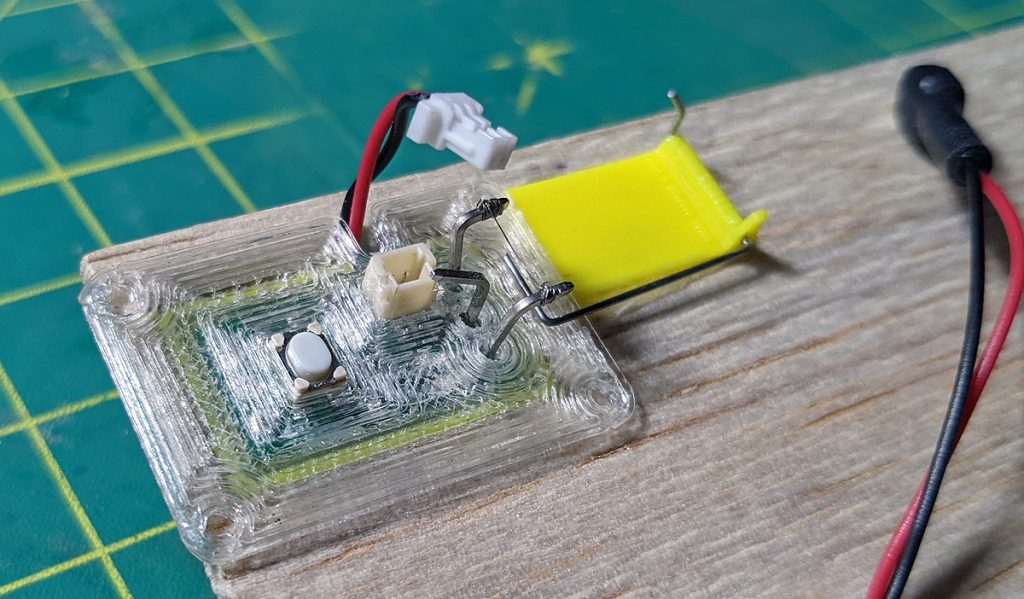 Version 2 of the Hummingbird Band Burner allows the battery to be re-charged without removal of the DT from the model. Simply unplug the battery and plug in the charger. 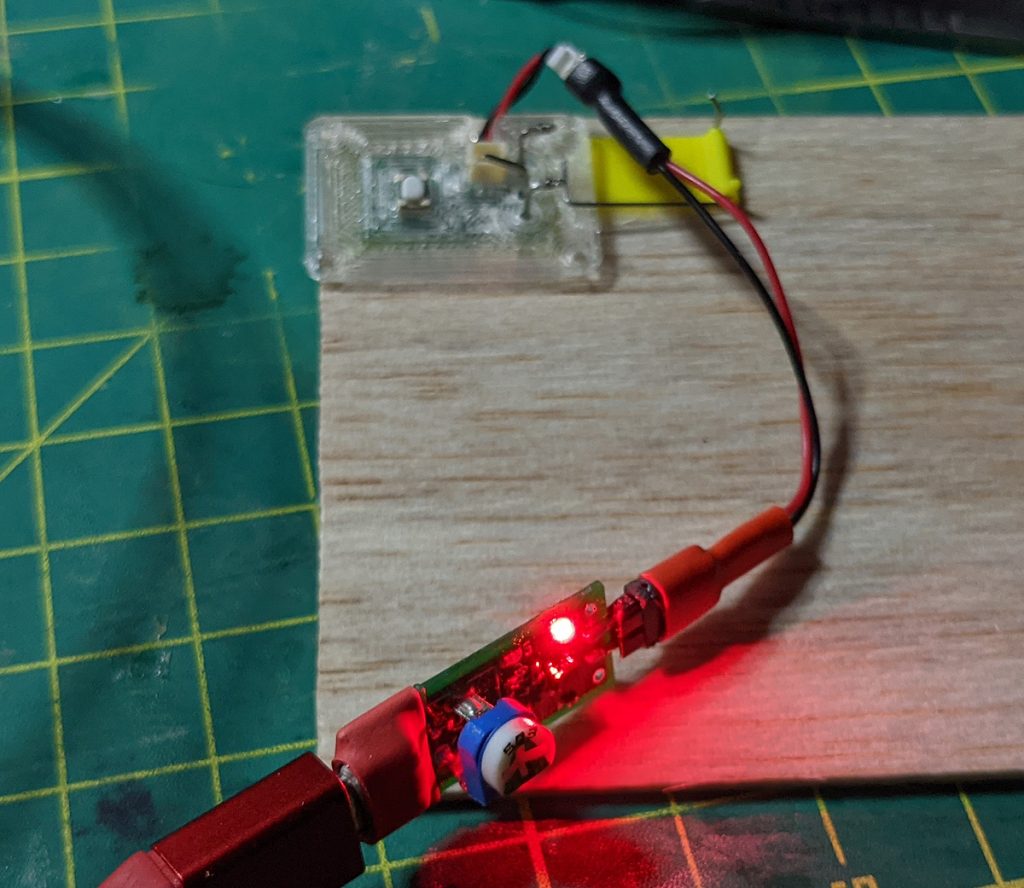 the Charger, attached to a battery source (not shown) charging the battery with the DT installed.

Showing how the Band Burner DT is set up with the Mousetrap Bail – ready for action (see video).

Here is the video of the Band Burner DT with the Mousetrap Bail in action:

You can find the Hummingbird Band Burner DT HERE

You can find the Hummingbird 1S LiPo Battery Charger HERE