New JetCat Kits and Other Stuff

I have two New JetCat kits available:  The Heinkel He.178 and the Lockheed L-133 Starjet

The He.178 has been mentioned here before, I am sure.  I resisted doing this jet for awhile because it has been drawn up by others.  But I gave in, drew it up and gave it my treatment.  It has proven to be a great flyer.  On a test outing last Sunday, I flew a 41-second flight (into brush; I was lucky to get it back!), three consecutive 30+ second flights, then two dud flights (under 15 seconds) and a final 30+ second flight.  Possibly my best streak in JetCat ever.

The Lockheed L-133 Starjet was sent to my by Randy Wrisley as a proposed kit for me to do.  I don’t usually take external suggestions to heart, but something about this grabbed me.  The 1939 Lockheed proposal was a very sleek and aerodynamic twin jet canard.  Randy reported his build flew great, so I set to work.  It was a quick build and seemd to do well under low power in my back yard.  Full power at the flying field showed the model to be very stable – in power and in glide. 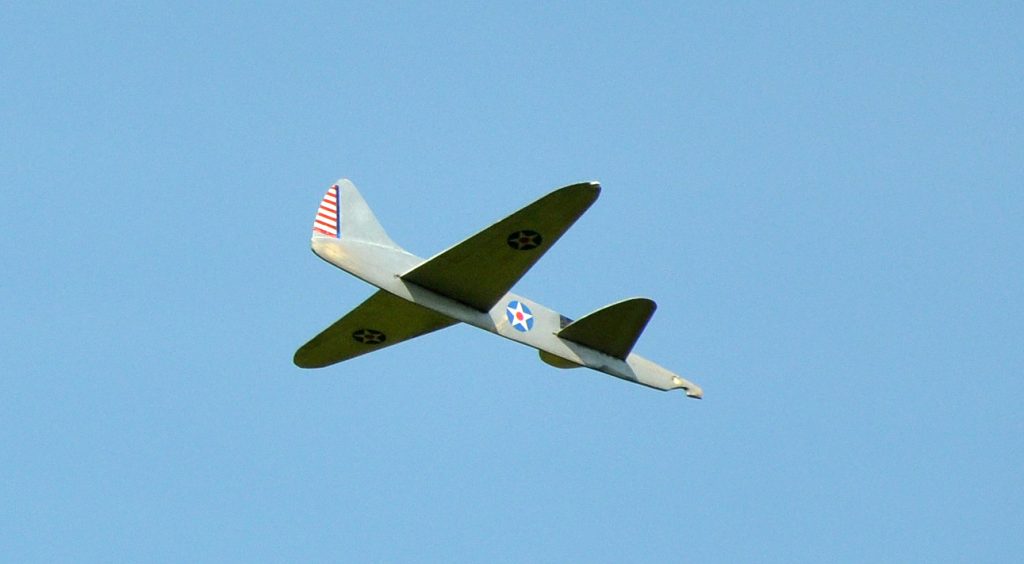 Find both kits by clicking the JetCat link in the menu on the right side of the screen.

I wrote about postal rates a few months ago.  I resisted doing anything until today.  I was packing orders and noted that my postal software told me they upped their rates.  The margins were no very slim – a few cents.  So I have upped my rates by 50 cents.

I’ve got some things on the building board.

I started to work on a Phantom Flash.  “Started?” you say – they don’t take very long to build.  Well, you see, I started before all outdoor contest were cancelled.  As I have an indoor (I hope we can fly indoor again this winter!) I don’t really need an outdoor Phantom Flash now – so it sits.

A couple days ago, I decided to step outside of my comfort zone – I am putting together a long-out-of-production P-30, that was given to me by the previous vendor.  I don’t fly P-30 in competition, but our club does have a couple of P-30 events.  I’ve got the fuselage and the horizontal all built and these went together in an afternoon – very quickly.  This should be a good kit in the near future – no specific details yet, but soon!

Also, here is a shot of Duke Horn’s Northrup N9M flying wing.  It is his 32″ plan, that I am reworking for a laser-cut kit.  Let me say – this is the most complex model I have worked on!  There is so much to be worked out with regards to the positioning of all of the ribs, given that there is sweep back AND washout.  Having said that, this center section was built “in the air”, not pinned to a building board, and I had absolutely no problems with doing that.  The most difficult part was planking the bottom “hull” per the plans.  Anyway, upon completion, this will be a short kit, also. 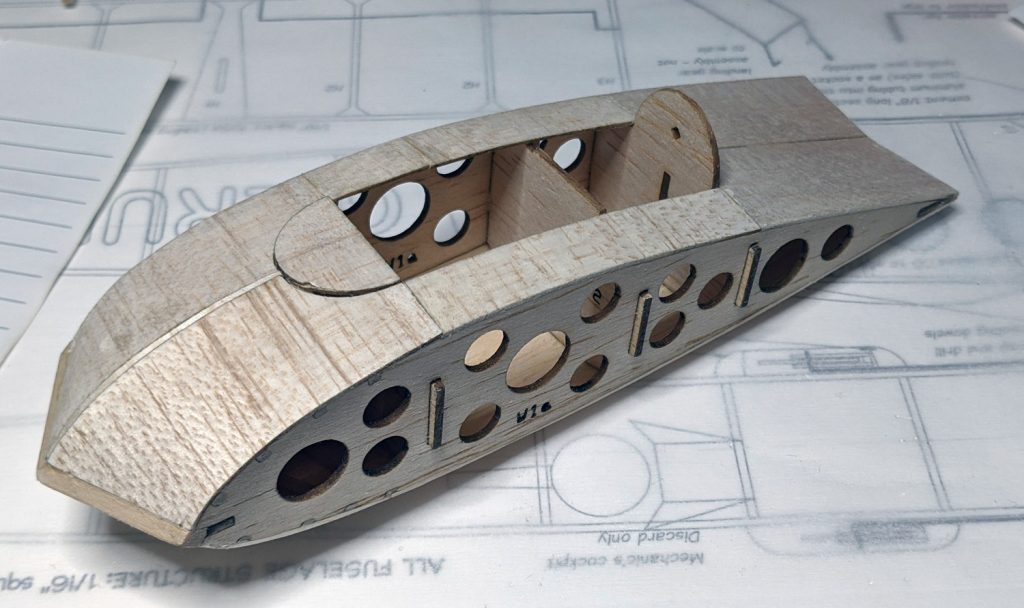 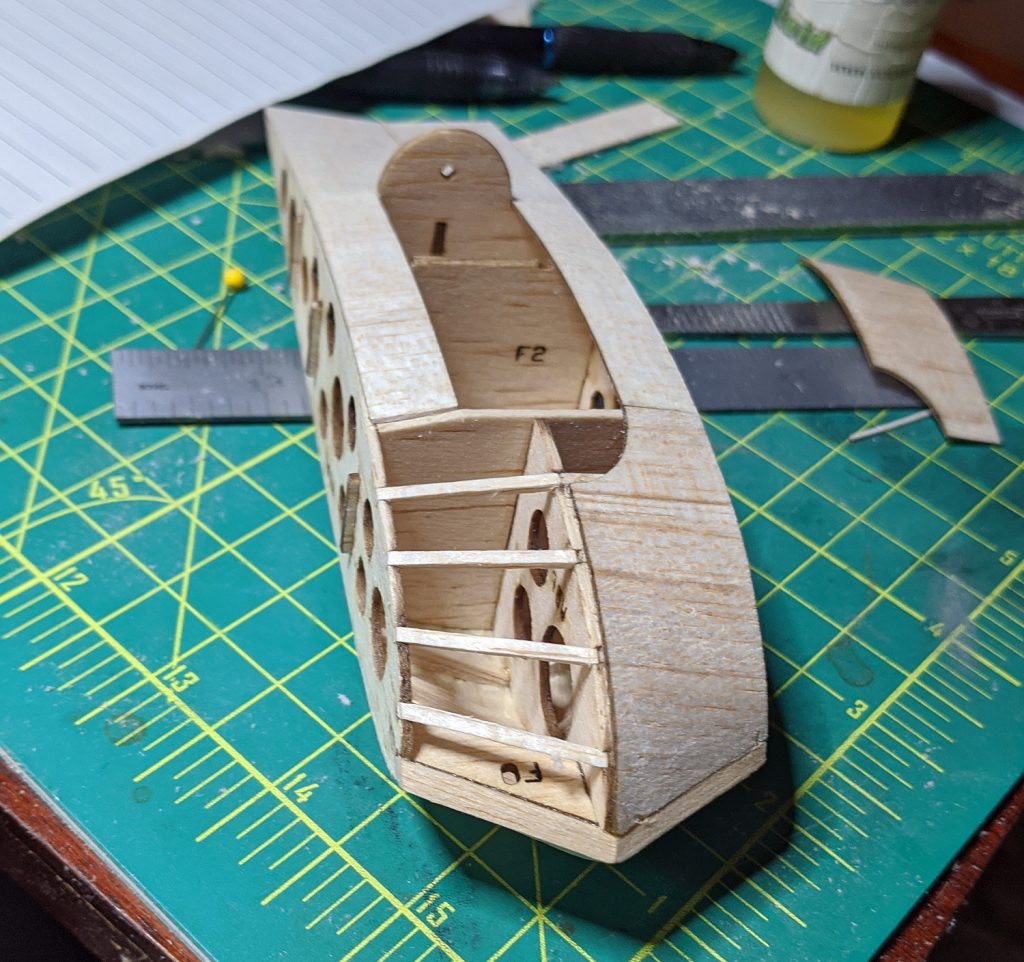 Ed Pelatowski sent me some intriguing photos.  He took my Focke-Wulf FW-189 plans (in the Jumbo section), reduced the span to 30″ and built the armored fighter version of the FW-189.  He reports it flies a repeatable 40-50 seconds.  I always like to see customer builds, so send some my way. 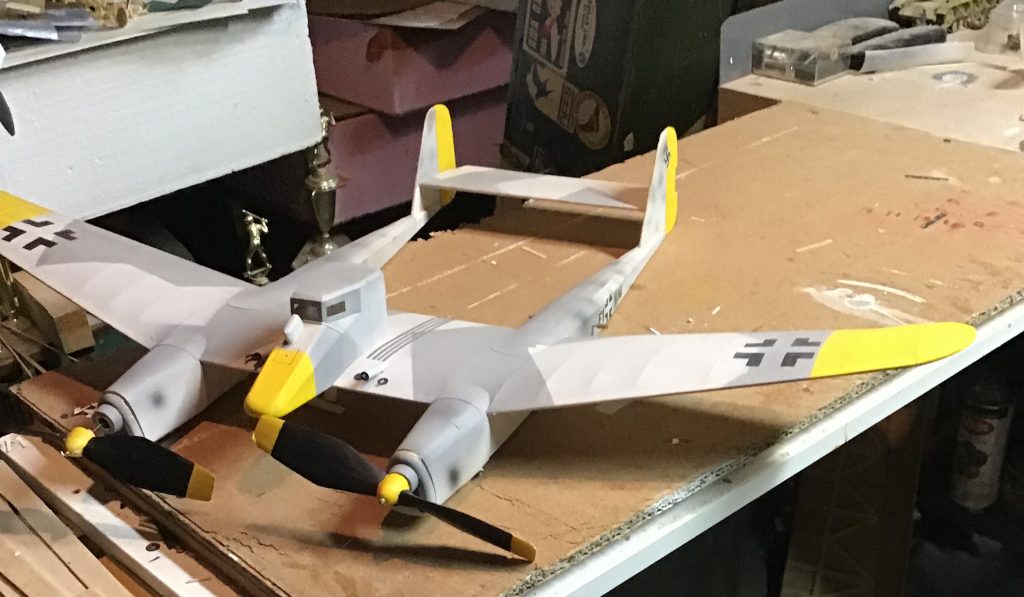 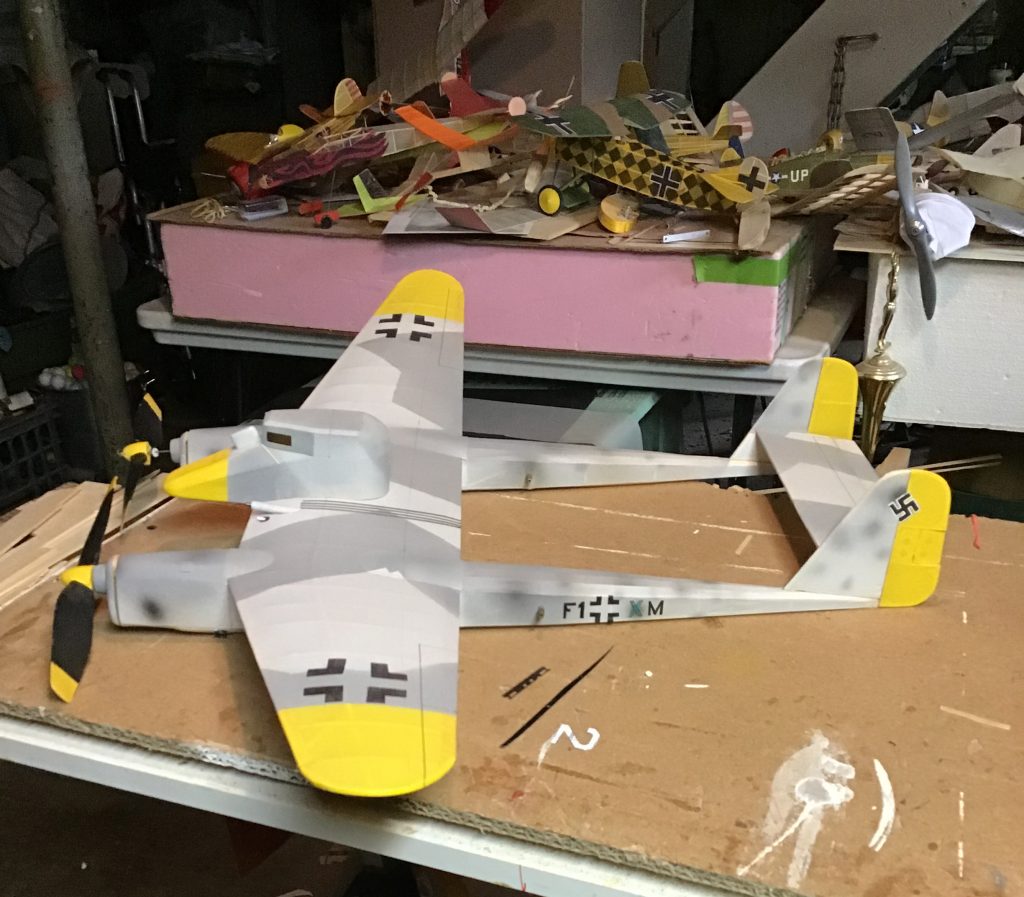 Here are some of my recent flying photos – posted elsewhere days ago. 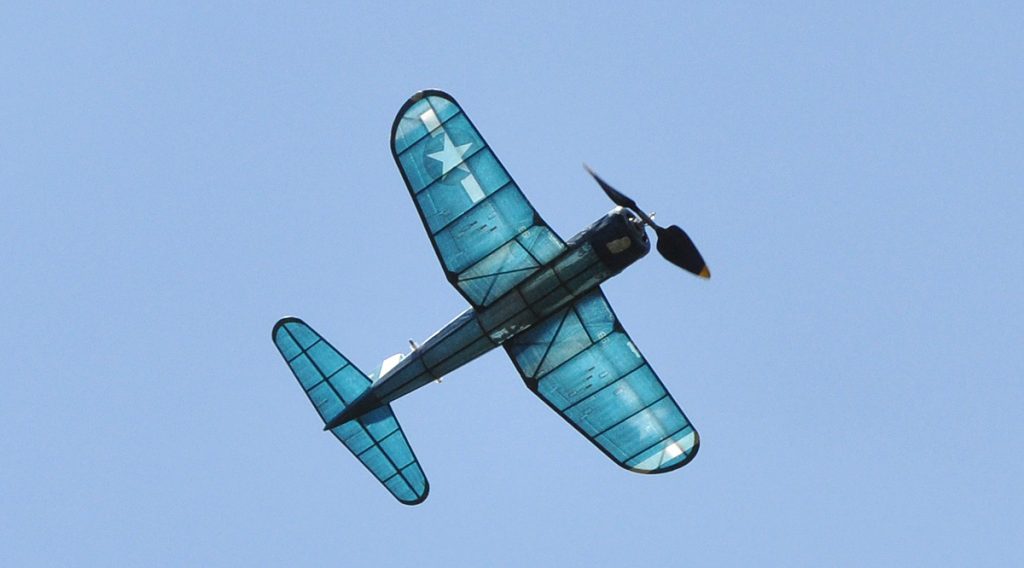 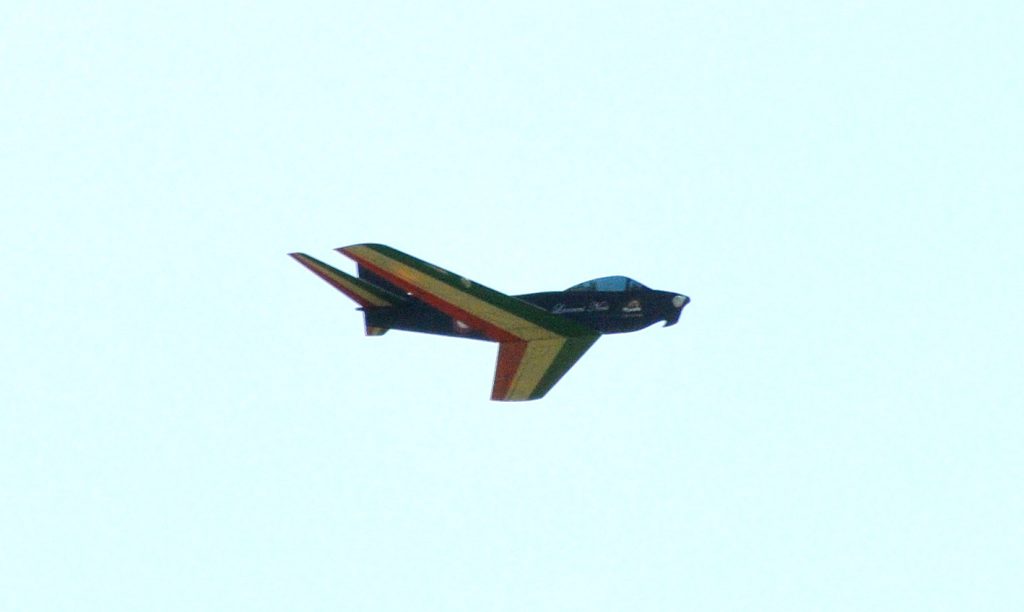 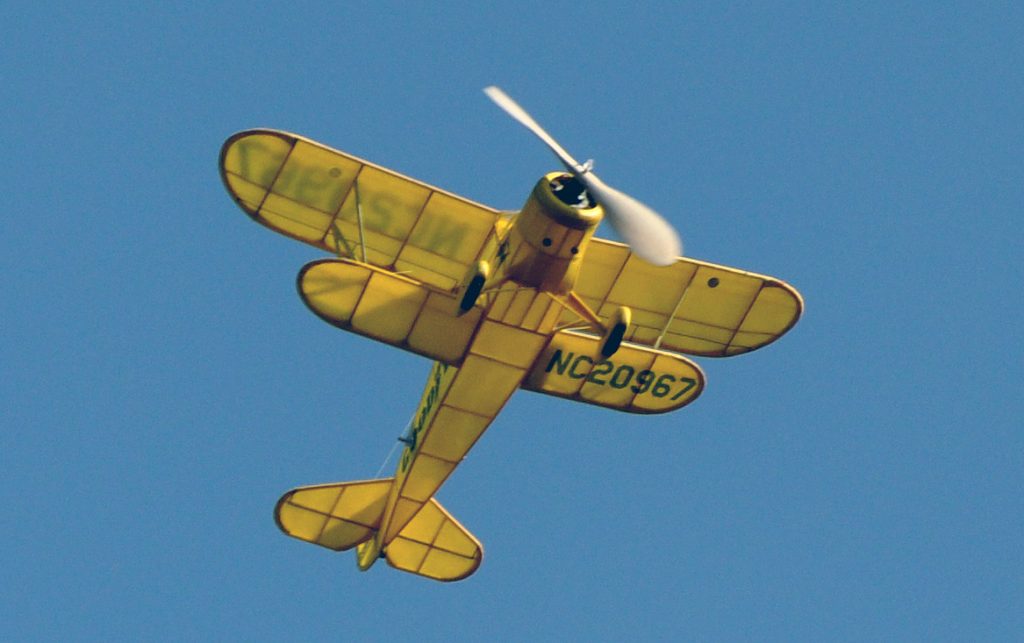