After my “Isolation” post, I did a mental reset.  I decided to build something just for fun.  I’ve had this build in mind for several months.  I found it in the March 1935 Flying Aces magazine.  It is another one of their tiny sport planes.  There was no build article and the plan was on just one page of the magazine – kind of a space filler I guess.

As I’ve looked at this plan, it sure reminds me of the GeeBee Model D Sportster aircraft.  I think maybe there was some influence there.  So, when it came time to cover mine, I did up a GeeBee-style paint scheme.  This was done with printed tissue.

The original plan used some 1/32″ wood – for ribs, and cross pieces and it used bamboo – for the vertical fin outline and the wing struts (why they are there, I don’t know).  Another curiosity is the fuselage – I don’t know why they made it so narrow, but it is about 1/2″ internal width (5/8″ overall width).

When I drew this up, I decided that I would just forego the 1/32″ balsa – all of this is 1/16″ balsa, either sticks or sheet.  I also added some wood (as the FAC permits) for the motor peg, the nose sides, and converted the two-piece horizontal into a single piece.

The build was pretty quick, although in our situation today, I was in no rush.  This is a small plane and the laser-cut parts made building it a snap.  For my build, I also decided that since this is not likely to be a top-rung 2-Bit performer, that I would just build it simply:  regular sheet wood, pre-purchased 1/16″ stick wood, domestic tissue, and a plastic prop.  After a couple coats of spray-can gloss clear, it still came out about 13 grams with a 0.35 g/sq.in. wing loading – that’s pretty light.  I suppose that could have been closer to 10 grams, if I had wanted to build it light.  I even over-did the landing gear.  After I bent up and installed a gear out of 1/32″ wire, I read the original plan and it calls out 0.020″ wire!  Wow, I could have saved a lot there. 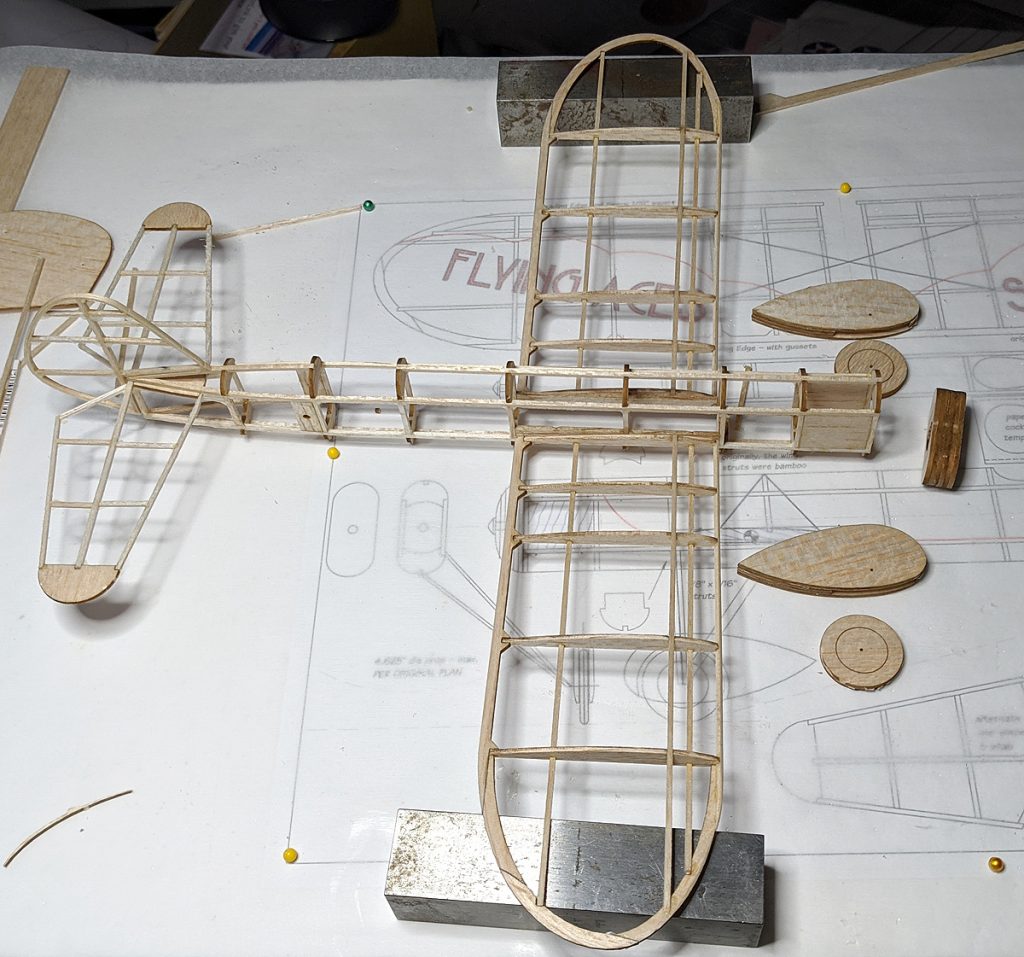 Mine came out just a touch nose heavy and needed a small pea of clay on the tail.  Test gliding showed that the solid structure of the landing gear and strut wasn’t my best effort – the compression struts don’t compress and just snap under impact load.  However, with just a few adjustments to the thrust line, I soon had in climbing out to the right. 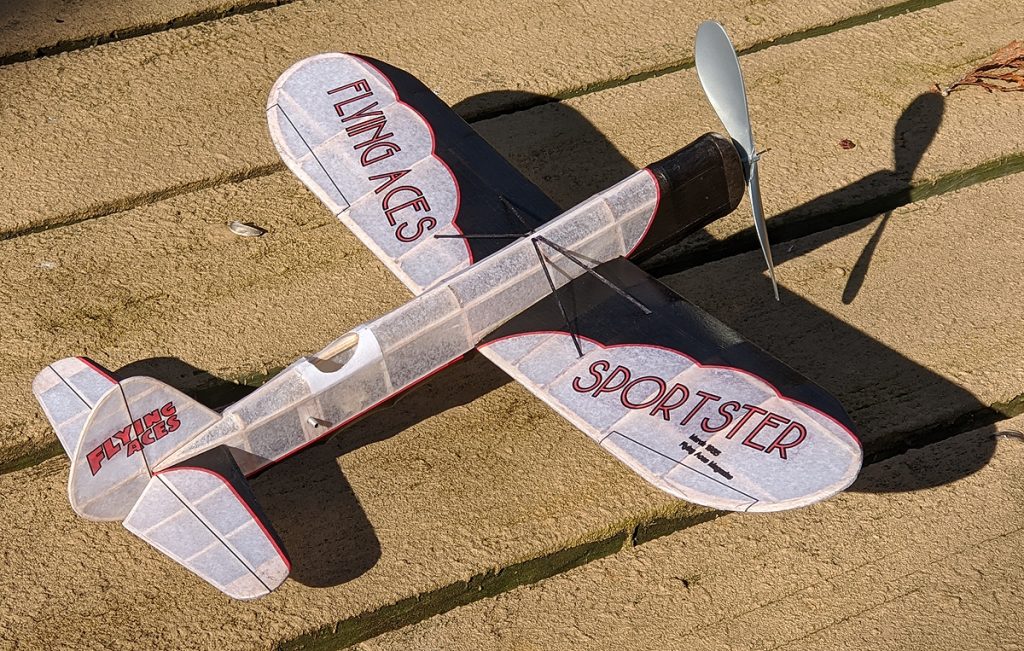 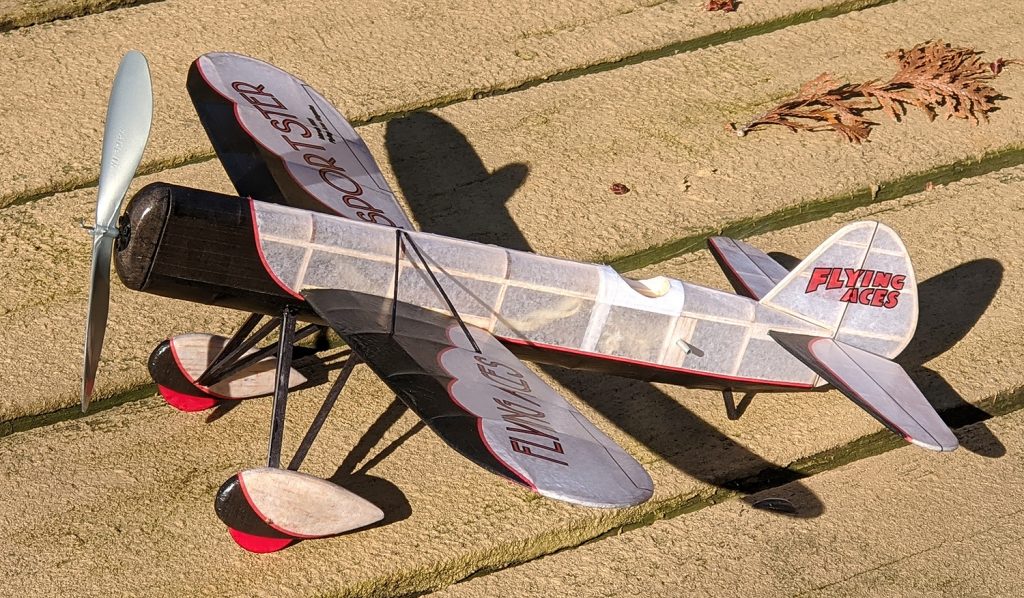 Building and flying for fun really does bring the fun back!

You can find the kit HERE

You can find the Tissue Template HERE

And here is a test flight: