Whether you fly for competition or just for fun, what follows WILL help you.

Background:  When I came back into the Free Flight game in 2012, I had about 75 FAC kanones (competition wins).  My first kanone was in 1990 and the last before my time-out was in 1999.  When I started back up, I continued to do the things that I had done 10 years earlier – I just built and flew – and kept track of things in my head.  This included rubber size used in each model and how the plane flies.

Somewhere within the first couple of years back, I realized that I was older and could not keep track of everything in my head.  (I’ve been told of a theory that there is only so much room in your brain cells and, as you grow older and that space fills up, there is no more room for new information – haha!)  Anyway, I started doing something that all of the better modelers do:  keeping a notebook.  I have a Franklin Planner left over from my corporate days and I buy refills for it.  One refill is a calendar, so I record upcoming events, but more importantly, the other refill is for blank note pages.  I make a page for each model and record characteristics on each model.  See the photos. 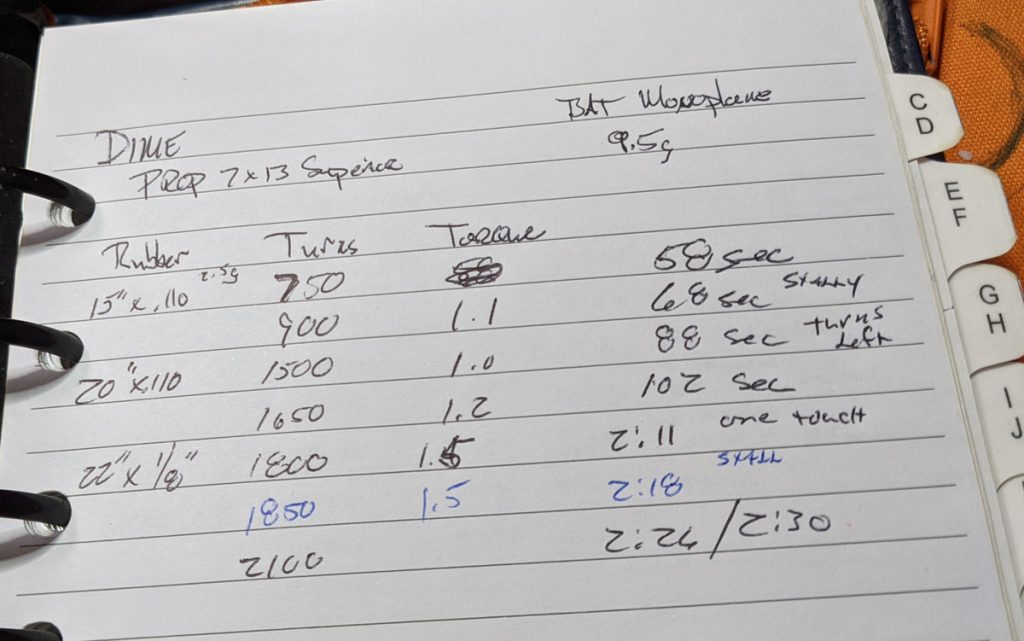 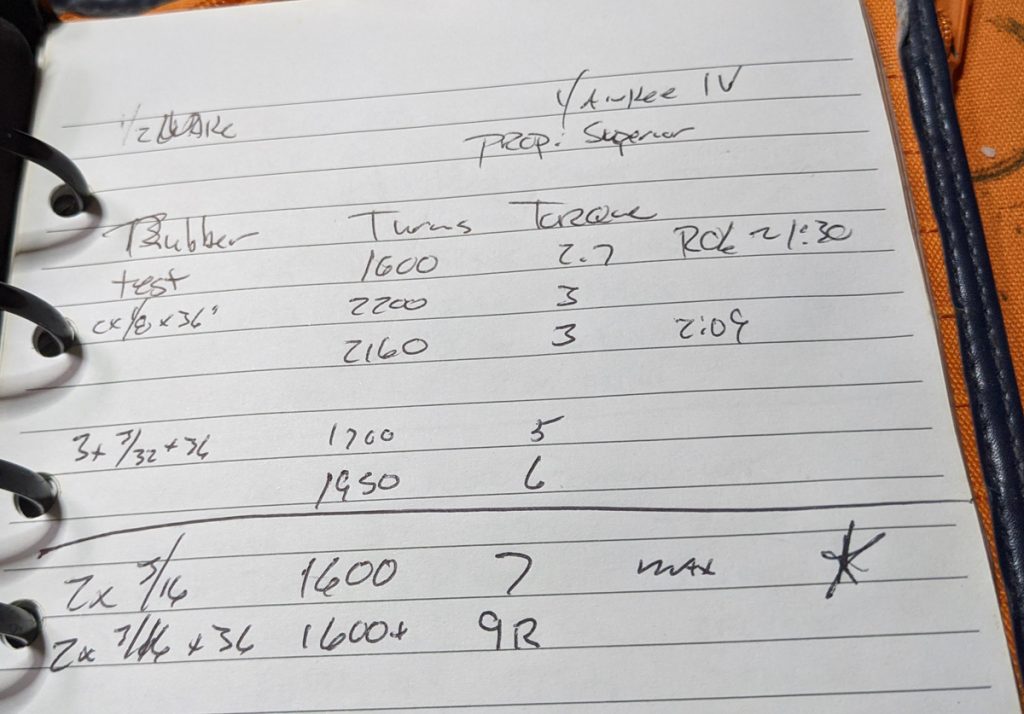 Things you can see in the notes (besides my ever-worsening handwriting):

This type of note-taking is critical – not just for remembering, but for analysis and improvement.  Look at the notes for the B.A.T. Monoplane.  The first four entries are testing observations where I was working up to final contest-ready performance.   He same is shown on the Yankee IV page.  I worked up to the rubber size and torque setting until I got optimum results.  Other things to note:  the notes are a) inconsistent and b) incomplete.  There is a lot more that could and should be added and observed.  Keep track like this and your level of success will increase.

The second thing that I do is on the other end of modeling.  I do this during the design and build phase.  Some of the information is created during the drawing and some is applied later after flying.  Take a look (clicking the image will open it in a new tab and it will be bigger): 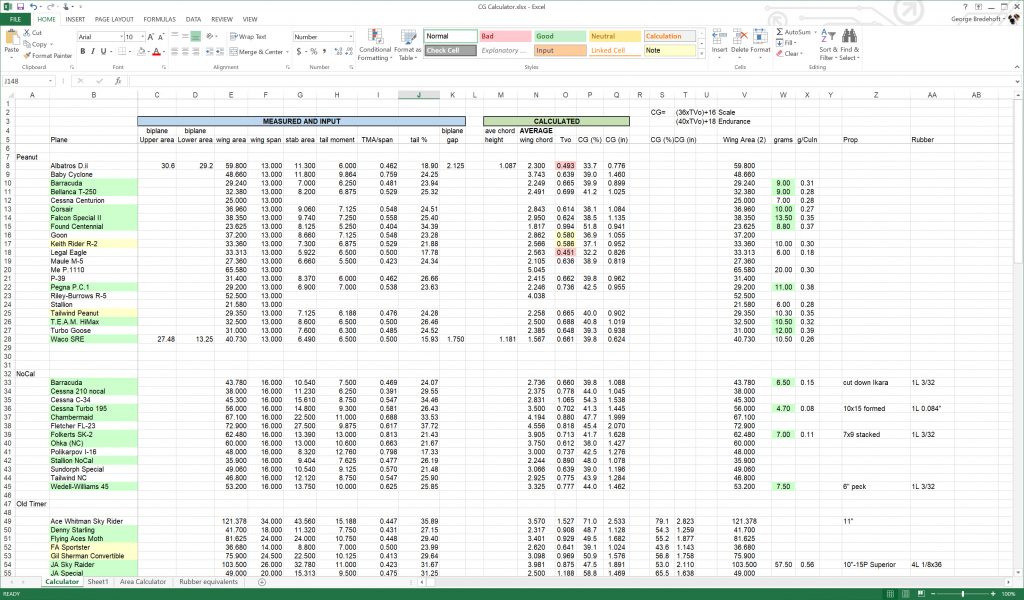 This is an Excel sheet in which I record every design I am building – or even thinking about building.  There are over 100 entries and this is just some of them.   As you can see, I categorize them according to FAC Event.  Why?  This puts similar models together so that I can compare and predict performance.

This spreadsheet’s primary purpose was to calculate CG Locations based on TVo calculations (thanks to Don DeLoach’s and William McCombs’ works).  Later, I added modifications to the formula for biplanes and also a different TVo formula for Endurance ships.  Finally, there are columns to record observed model weights and grams per square inch (erroneously labeled as g/CuIn!)

Why all of this work?  well, during the design phase, I can predict performance based on the TVo.  This also shows if the tail is too small (see those red and yellow indicators in the TVo column?) so I know when to enlarge the tail.  Through these calculations, I know where to place the CG indicator on the plan.  As you might understand, that much is for the eventual production product, for the customer.  But the notes regarding weight, propellers, rubber, etc – that is basically for me.  I can compare built models to new models and say “I think the new model is a lot like old model X and I can use a similar prop and rubber”.  All of this helps with consistency and such when it comes to flying your models.

So what does this all mean?  Well, looking at this and looking back at my history, I just don’t know how I ever got those first 75 kanones!  I did very, very little of this type of analysis back then.  Switching over (due to the fact that my advanced 50+ years made it difficult to keep track of model specs) has made an impact – my current kanone total is 259.  If you want better performance, keep track of what you do.