70 years ago this month, Flying Aces Magazine published its November 1943 issue.  It was during the middle of WWII and the civilian country was living with rationing and shortages of resources of all types.  The magazine, conscientious of the times and conditions, started producing plans for models that would use limited resources because balsa and such was getting hard to come by – even war planes were being built with balsa.

The Connecticut FAC Squadrons have identified 7 plans that fall into this “Victory Model” class and the Triflyer is one of them.  70 years later, we are offering this simple and fun model as a kit.

The Triflyer is a very fast build.  We have laser-cut every part except the leading edges of the wings and the motor stick.  It only has a 12″ span, but the wide-chord wing produces 36 square inches.  The original plan called for a single-bladed folding prop, but we are replacing that with a 4.75″ plastic prop.  We have also included 5 sheets of documentation and plans, so you can red the entire Flying Aces construction article and get the feel for the times.

The Volare Products kit is $12 – same as our Phantom Flash.  The laser parts sheet by itself is $6 and a combo pack of the full kit plus an extra sheet is $16. 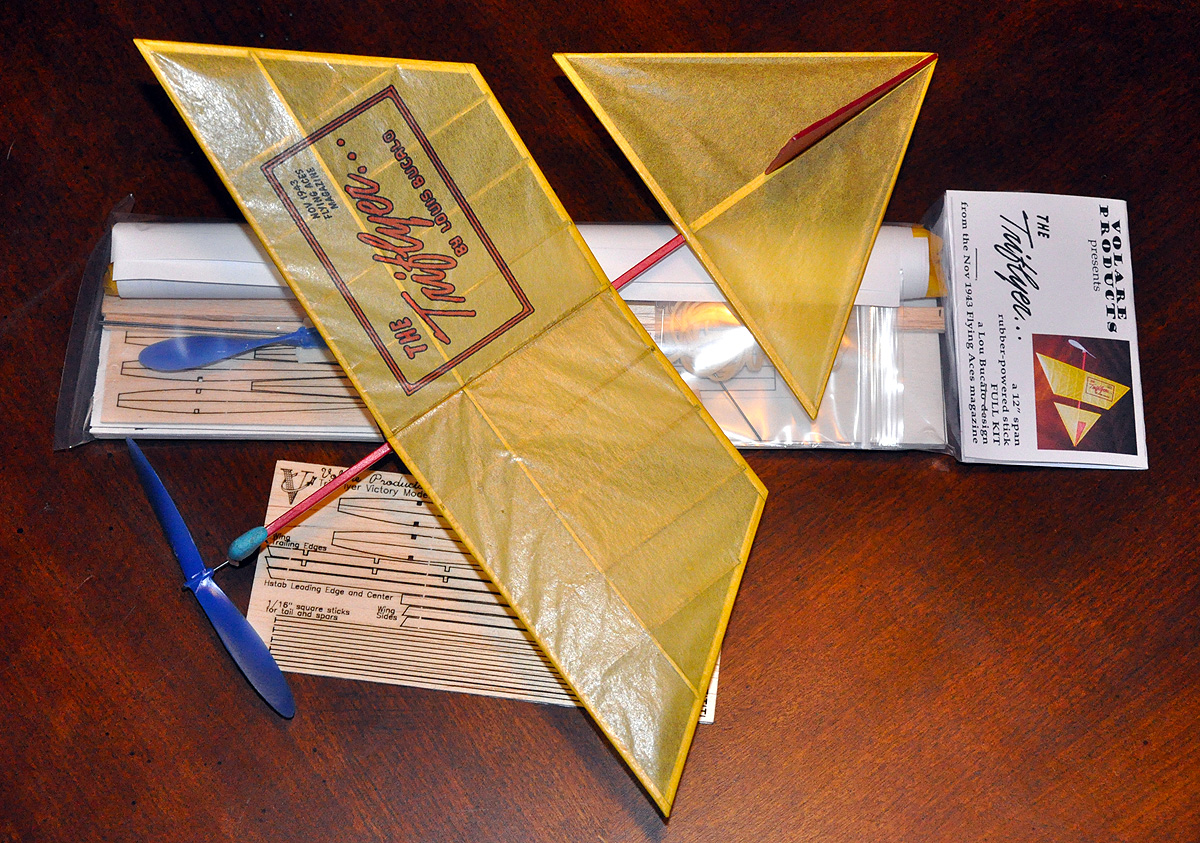 the Volare Products kit of the Flying Aces Triflyer 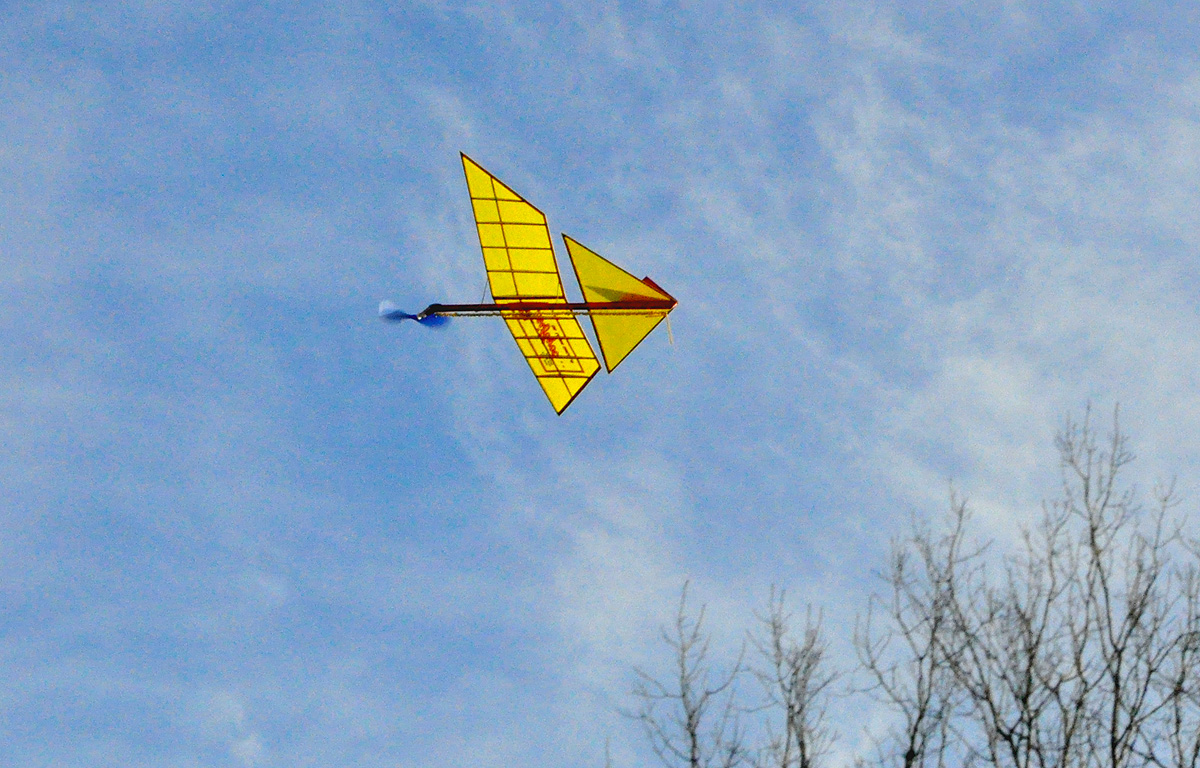 the prototype Triflyer in flight