Posted on 1 September 2013 by Bredehoft

I have been wanting to do a Stuka model for many years; the plans I drew up for one are dated 1994.  So, after the last August Cloudbusters meet (on the 4th), I understood that the next Cloudbusters meet would be on Sunday, September 1st.  AND, I was reminded that would be the anniversary of Germany’s invasion of Poland.  What a better time to build a Stuka?

So, on the 19th, I started cutting balsa apart and gluing it back together – and I ordered a special t-shirt for the event.  It turned out that the contest was actually to be held on August 31st, a day early, but I pushed on.  On Friday night, I vacuformed the canopy and did final assembly of my Peanut Scale Junkers Ju-87D “Stuka” and we headed north to Flint with it yesterday morning.

At the field, I looked through my model box and found a short length of discarded motor that looked about right.  I tied a second knot in it and loaded the Stuka.  After a few test flights, I was very happy – the plane climbs out well and flies great.  The rubber even locked the prop once and we were provided with a typical Stuka dive, but the pilot flew it right into the ground.

I’ve got the add many more details, but I should have a great Peanut for Muncie and the FAC Outdoor Champs next week.    I will get more photos of the model loaded into a gallery later.

Here is the URL for the artist’s web site.  He has some pretty sharp designs, and not only of aircraft.  I got the shirt through his CafePress shop.  He didn’t have the design on shirts, but I contacted him and in a couple days he told me I could order.   Give him a look.  http://www.mercenarygraphics.com/ 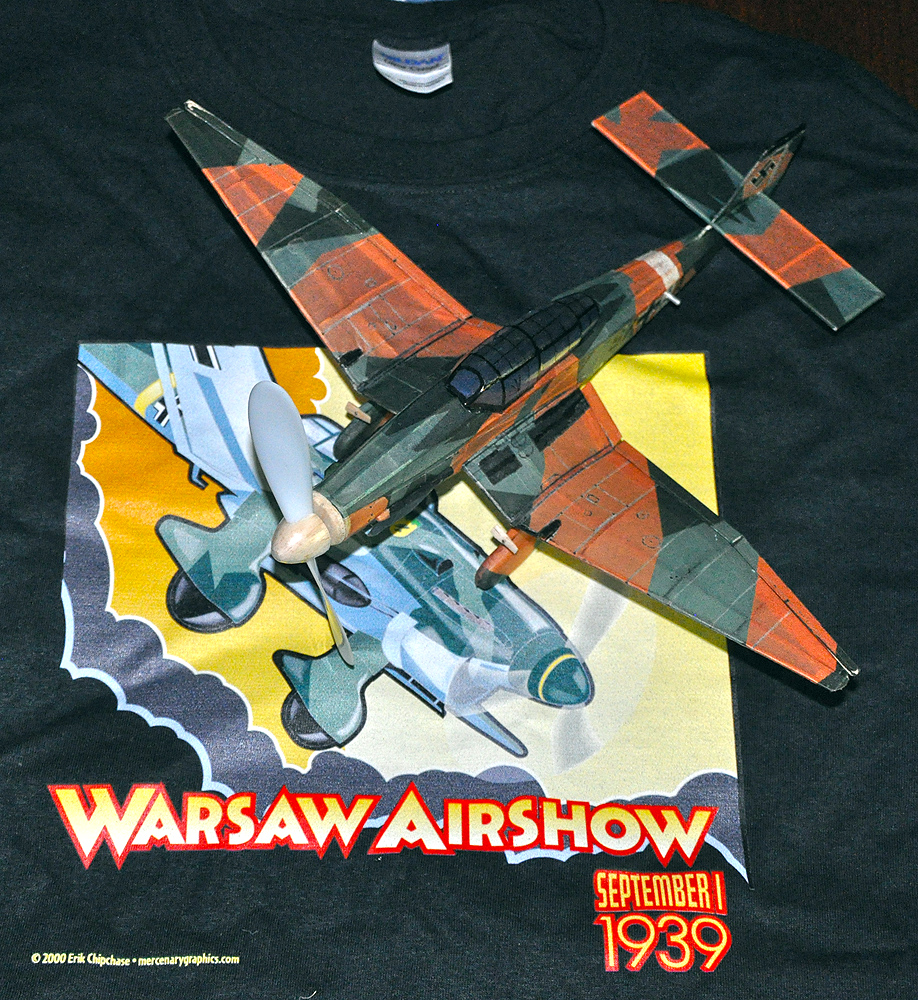