Posted on 6 December 2019 by Bredehoft

Watching Mike Kelly build out his larger WACO SRE last year, I became inspired to work on a Peanut SRE.  I also did it to honor a friend and mentor from the Cleveland Free Flight Society, Del Balunek.  Del gave me my first rubber (black Champion, I think) and he also always seems to have a Peanut WACO with him, as he was a huge WACO fanatic.

Anyway, Walt Mooney did a Peanut SRE (Model Builder, Nov 1973) and that would be a good place to start.  My plan is not a direct copy of the Mooney plan, but used it as “inspiration”.  I built my version for Indoor competition, cutting the parts and sticks from 6# wood.  I am very pleased with the way this turned out; it is 10.5 grams, including about 1.4 grams in Gizmo Geezer nose button and my VPS/Boehm  3d-printed clutch.  The N struts are also 3D printed (the N struts will be included in the short kit).

I had this in the back yard the other evening, it was calm and dry.  With 400-500 turns, it was very stable, flying right, and seemed to need either a touch of tail weight or a touch of elevator.  I didn’t push it,, since I didn’t want to crash it or get it wet before flying indoor.

There are my build photos.  With any luck, I’ll have flight video sometime soon. 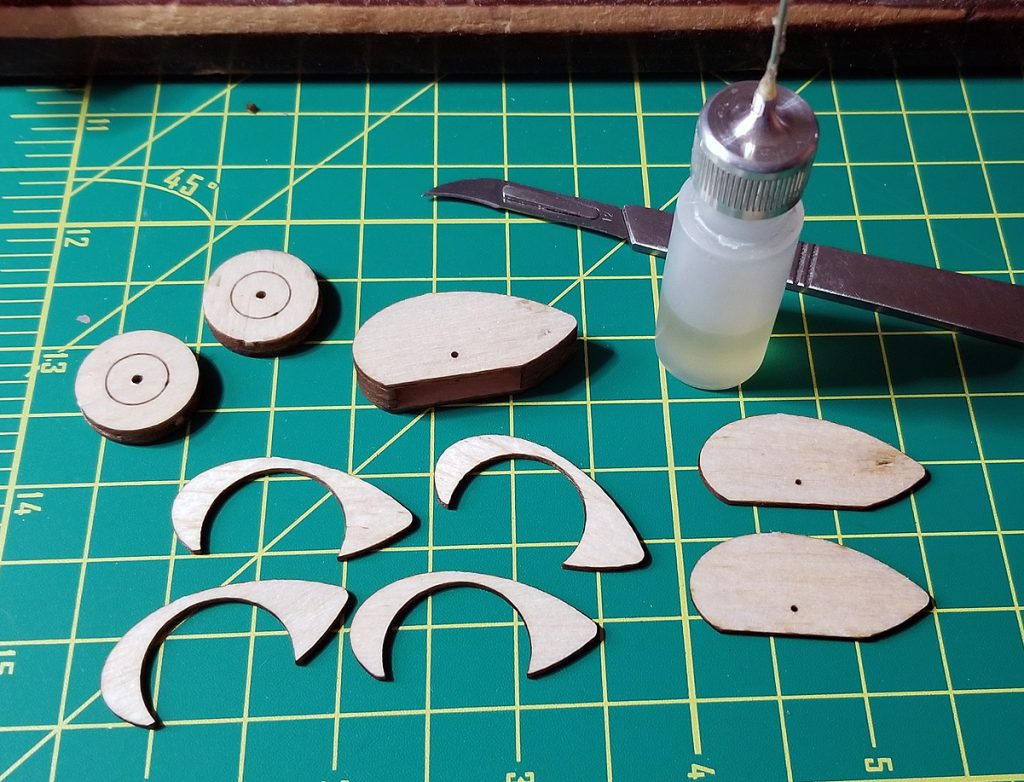 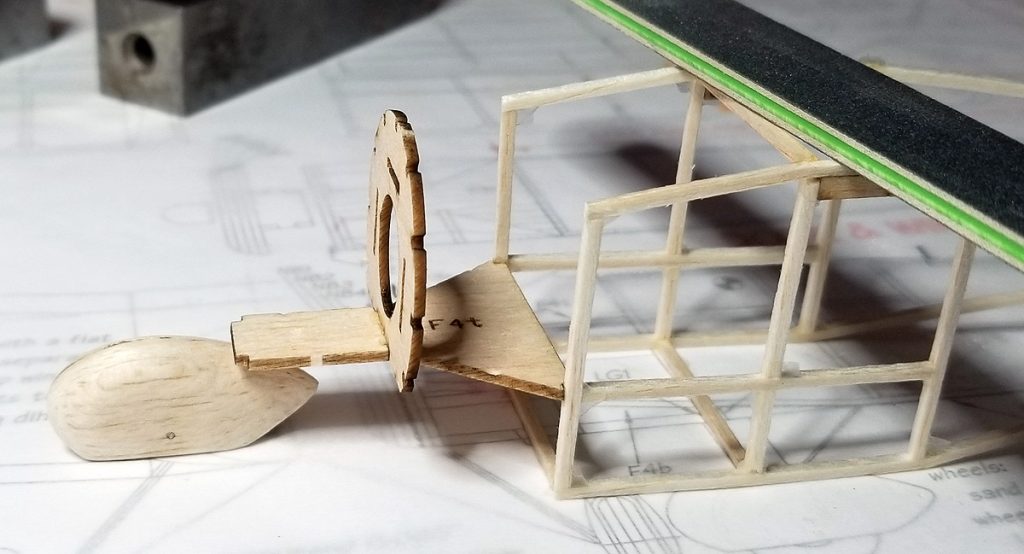 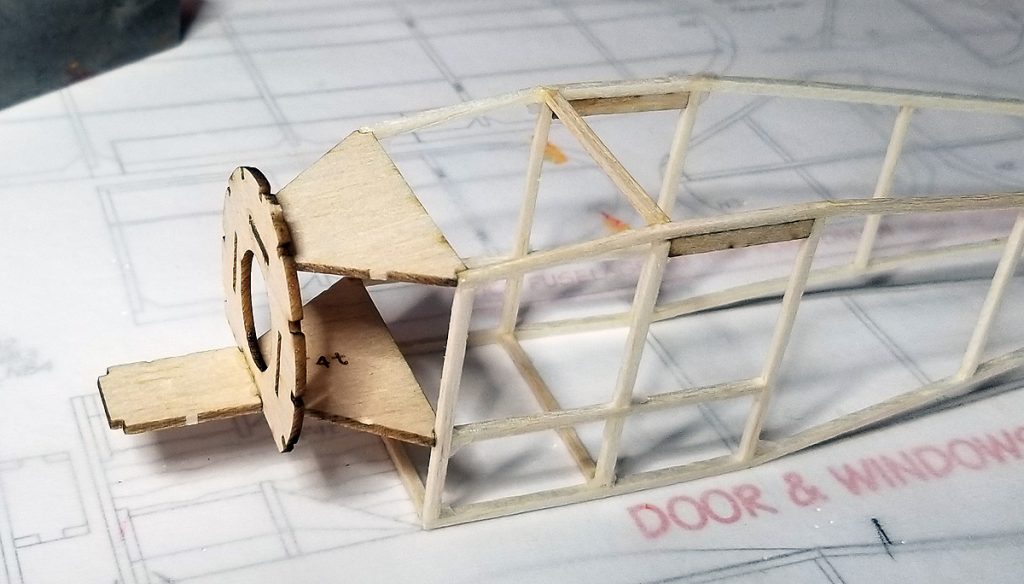 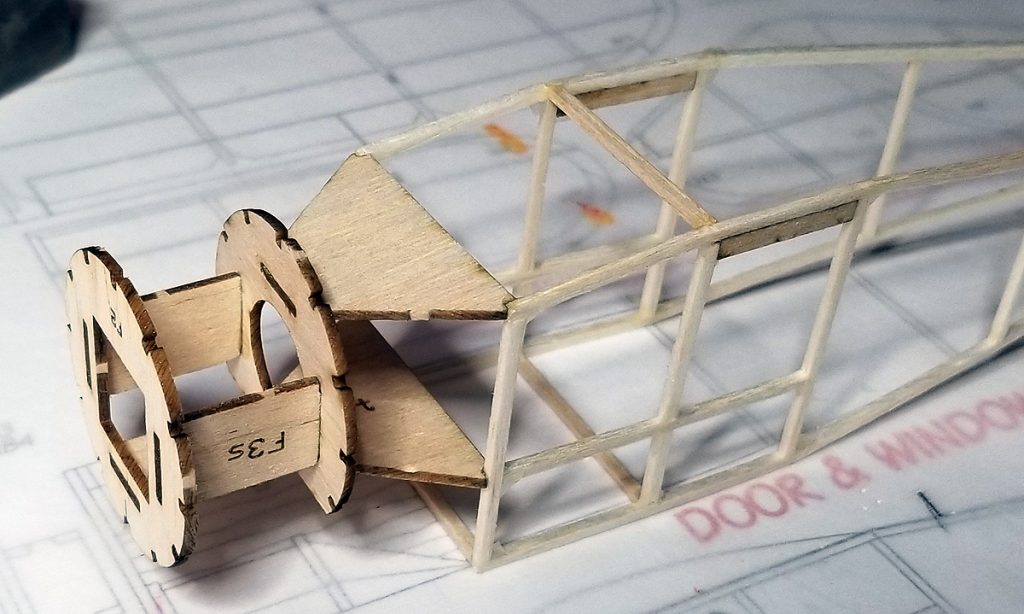 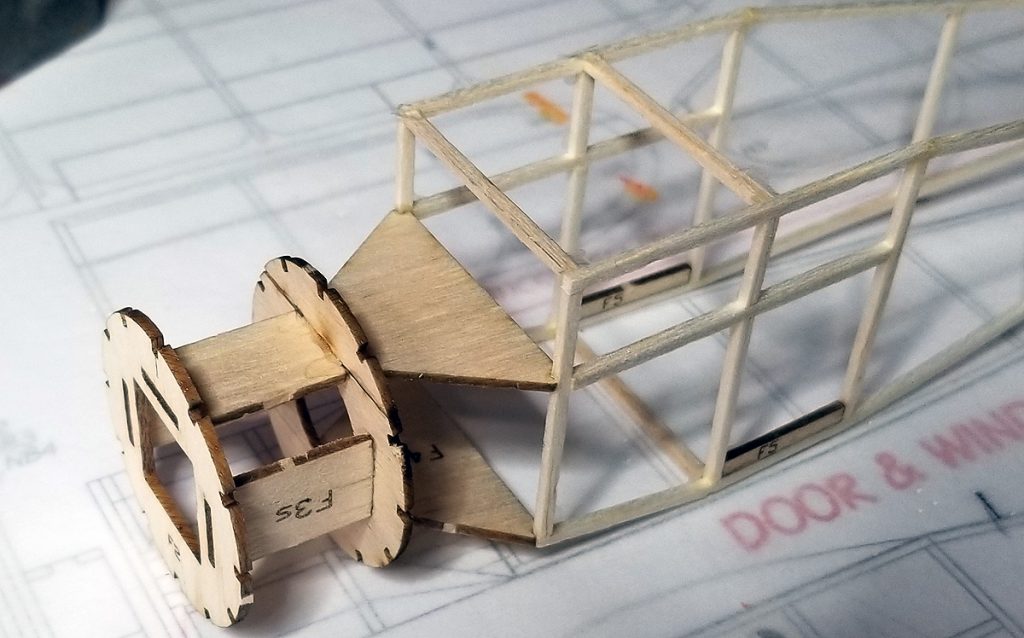 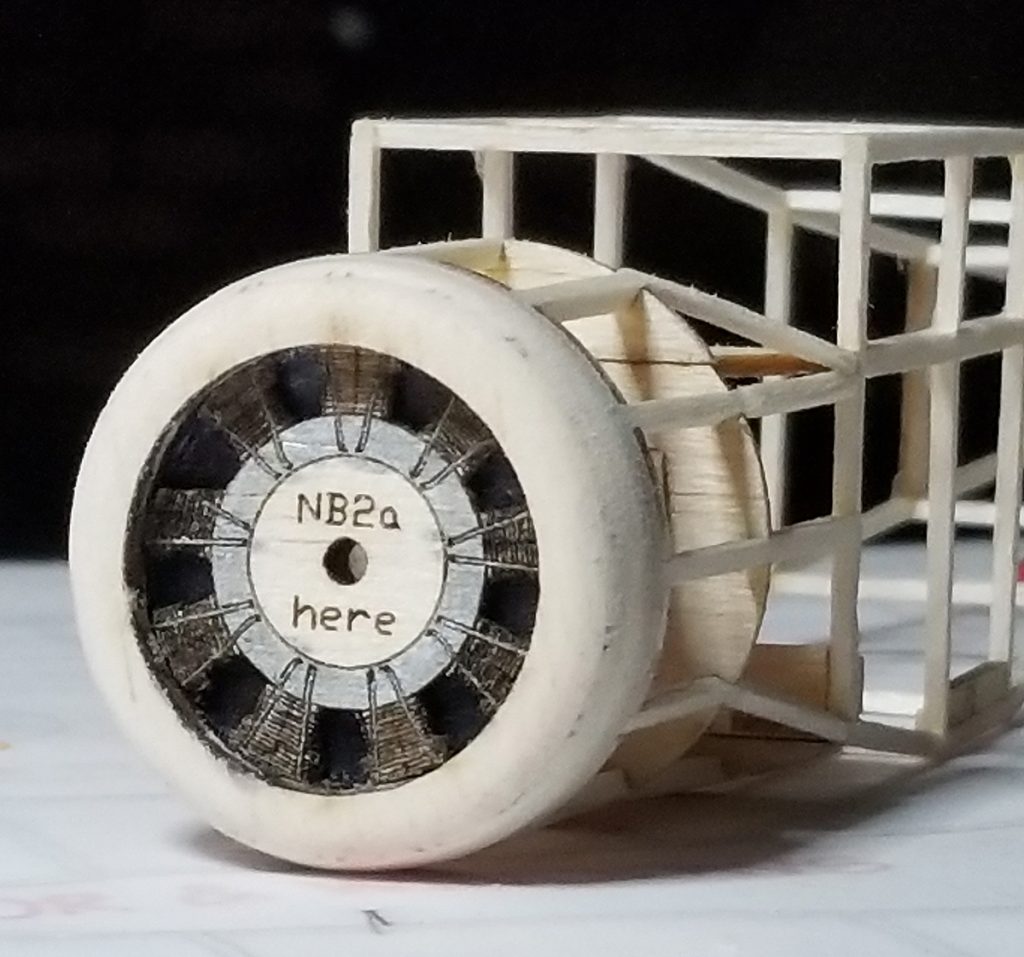 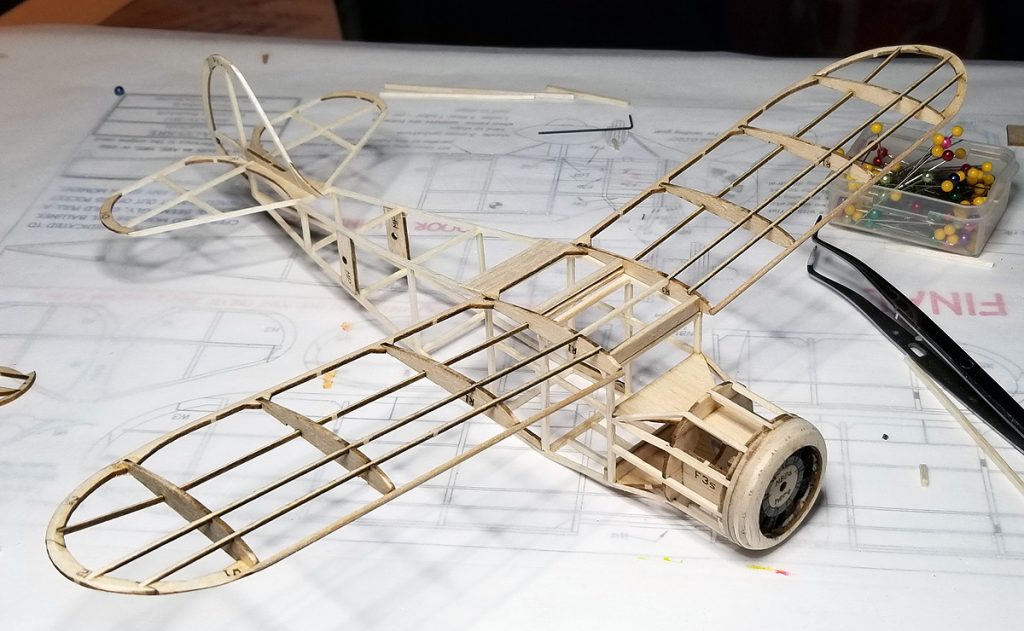 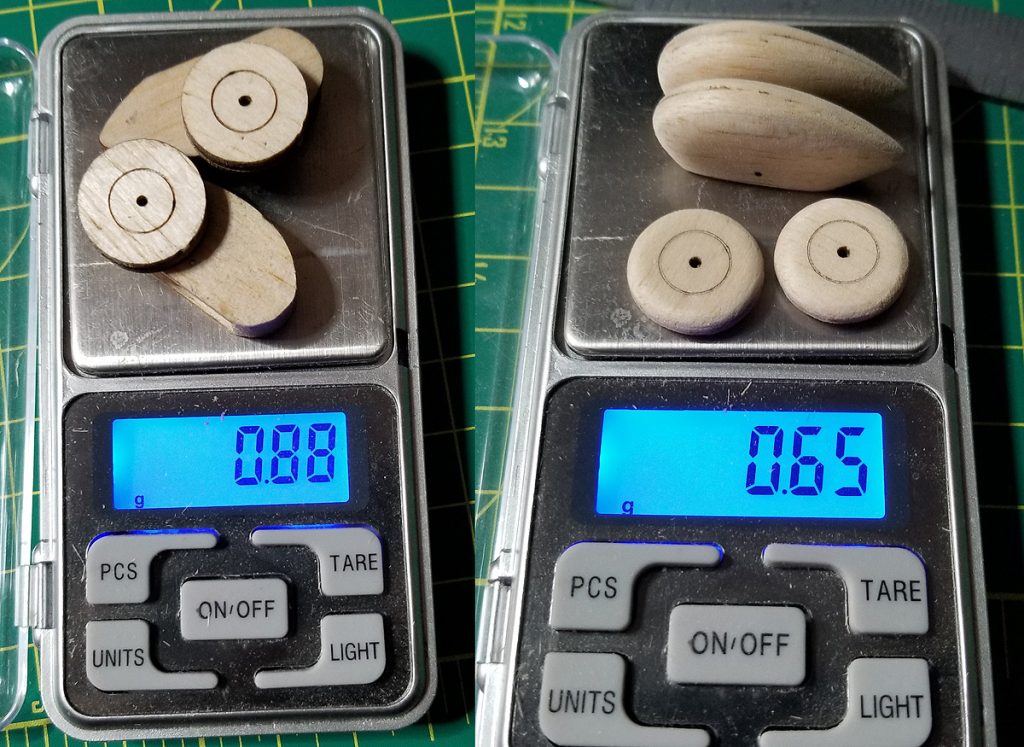 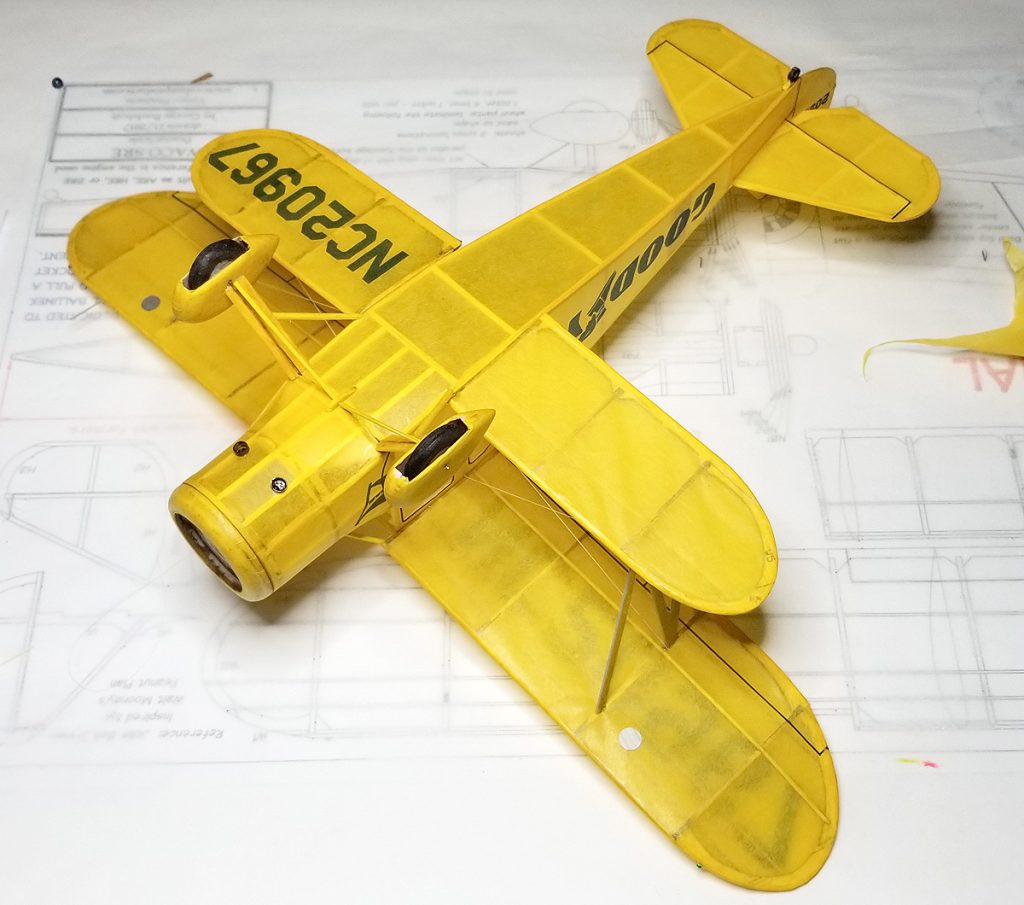 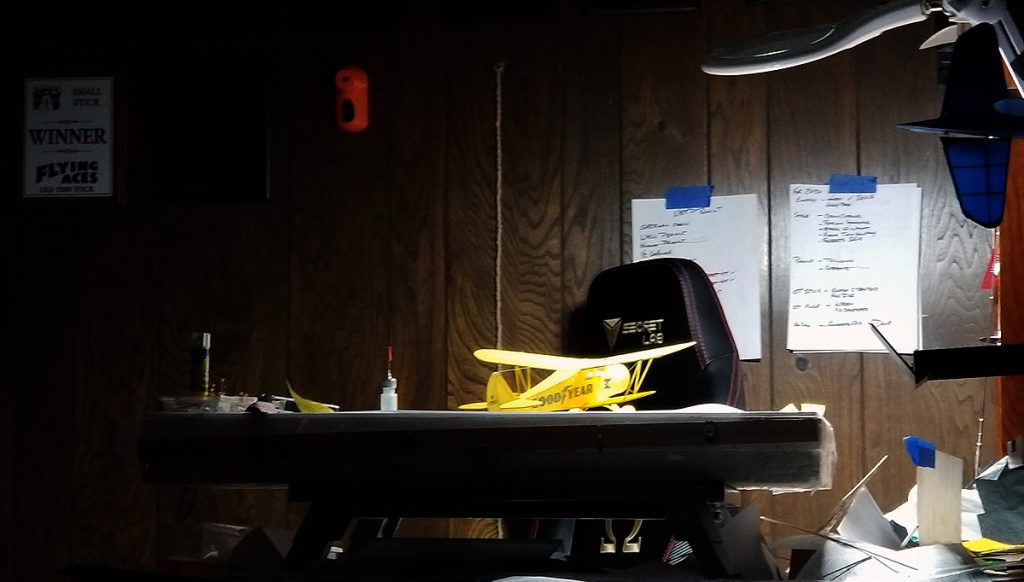 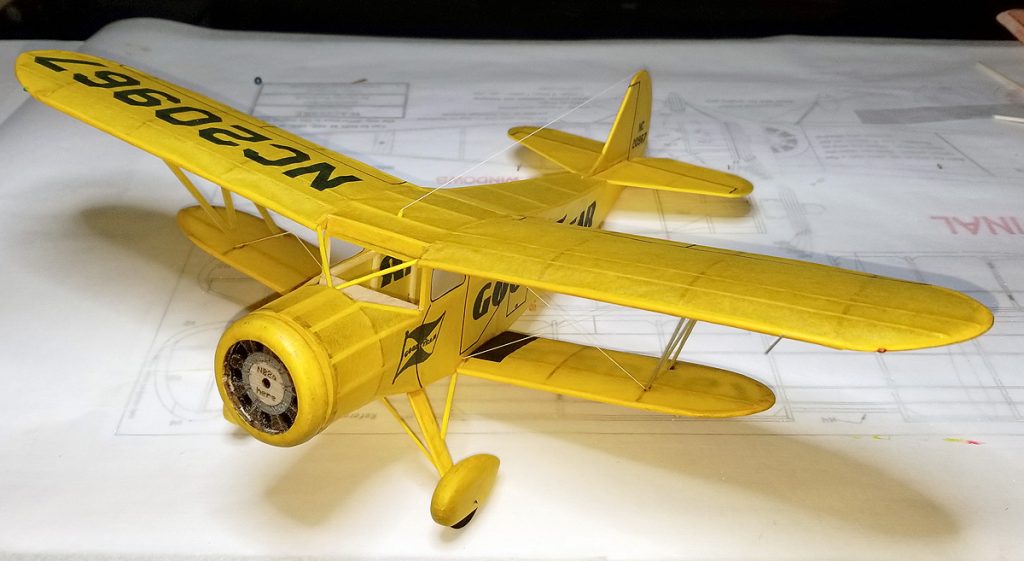 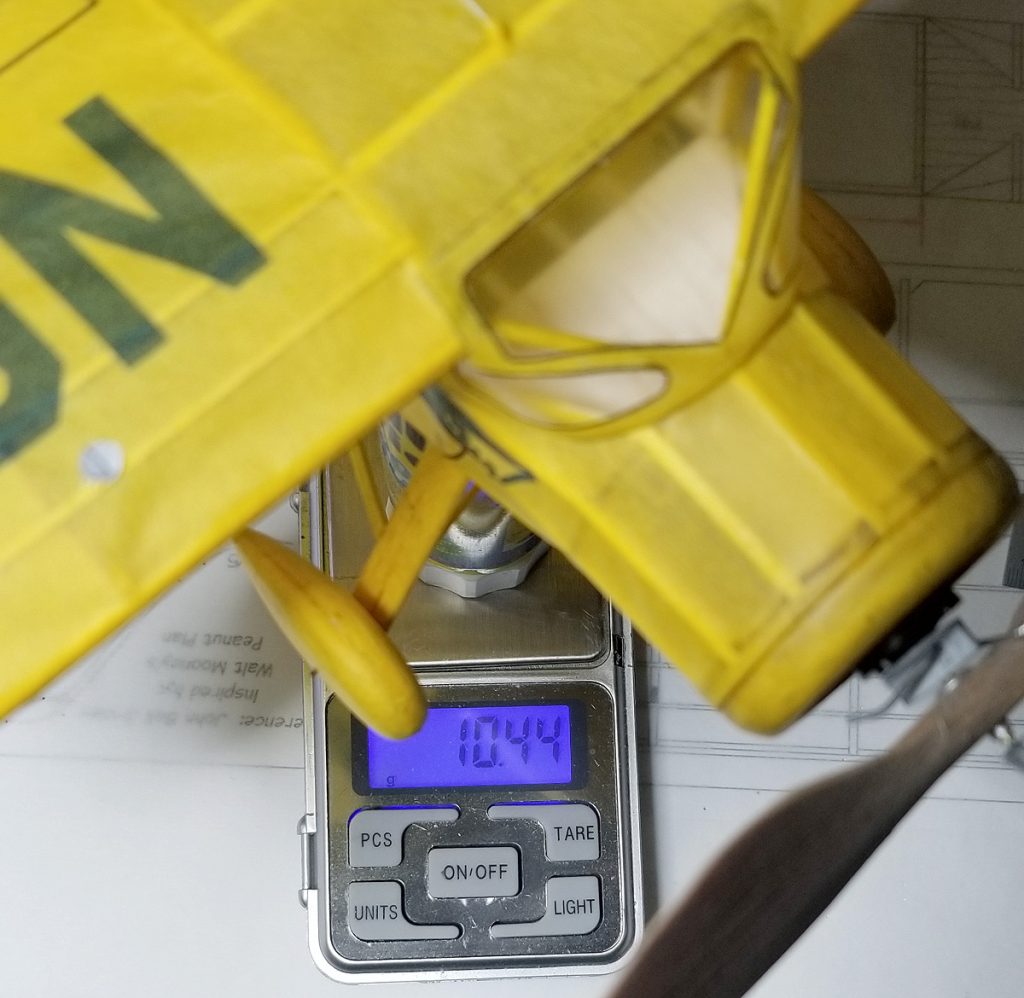 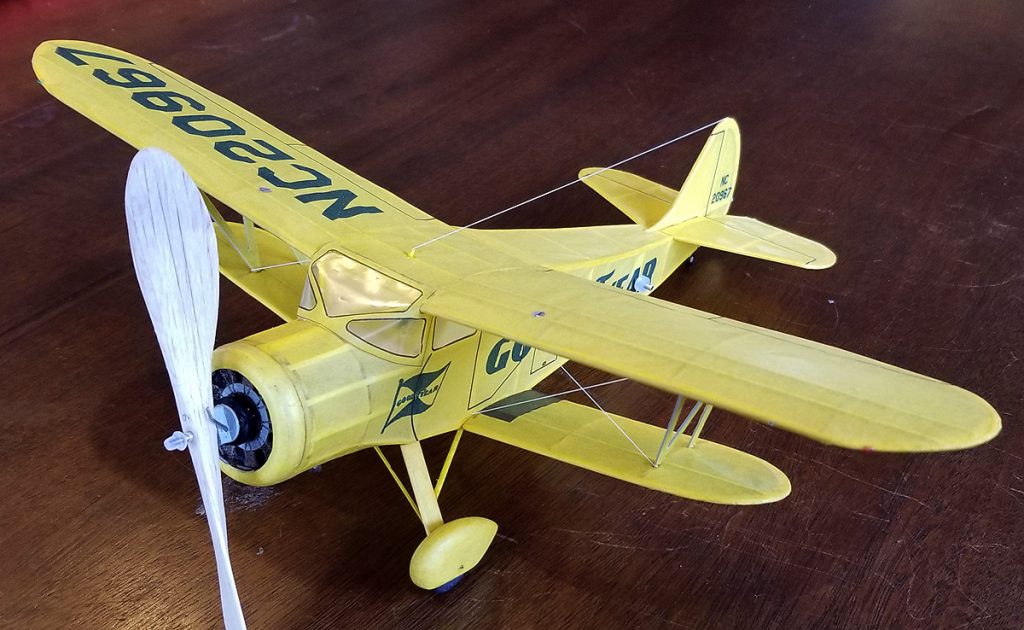 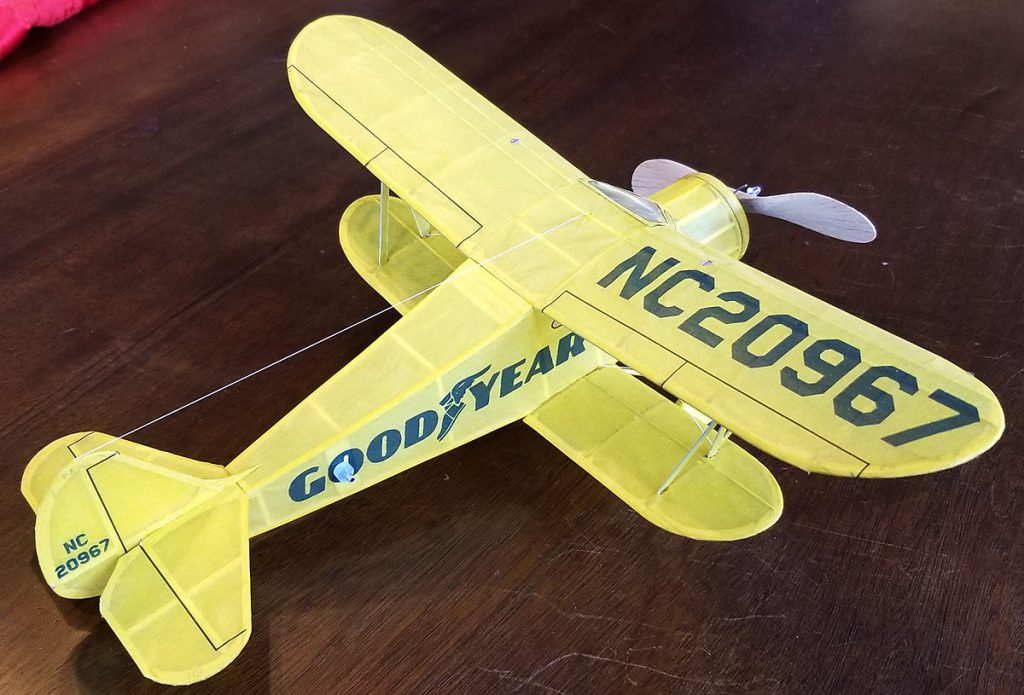 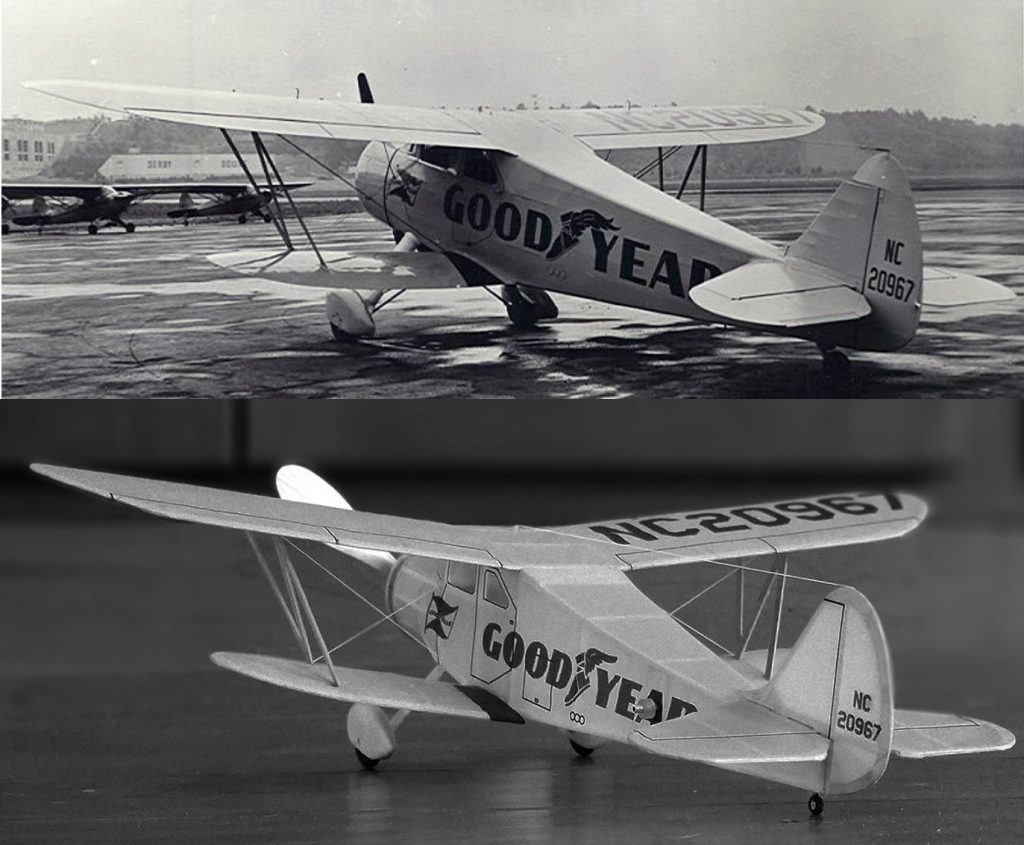 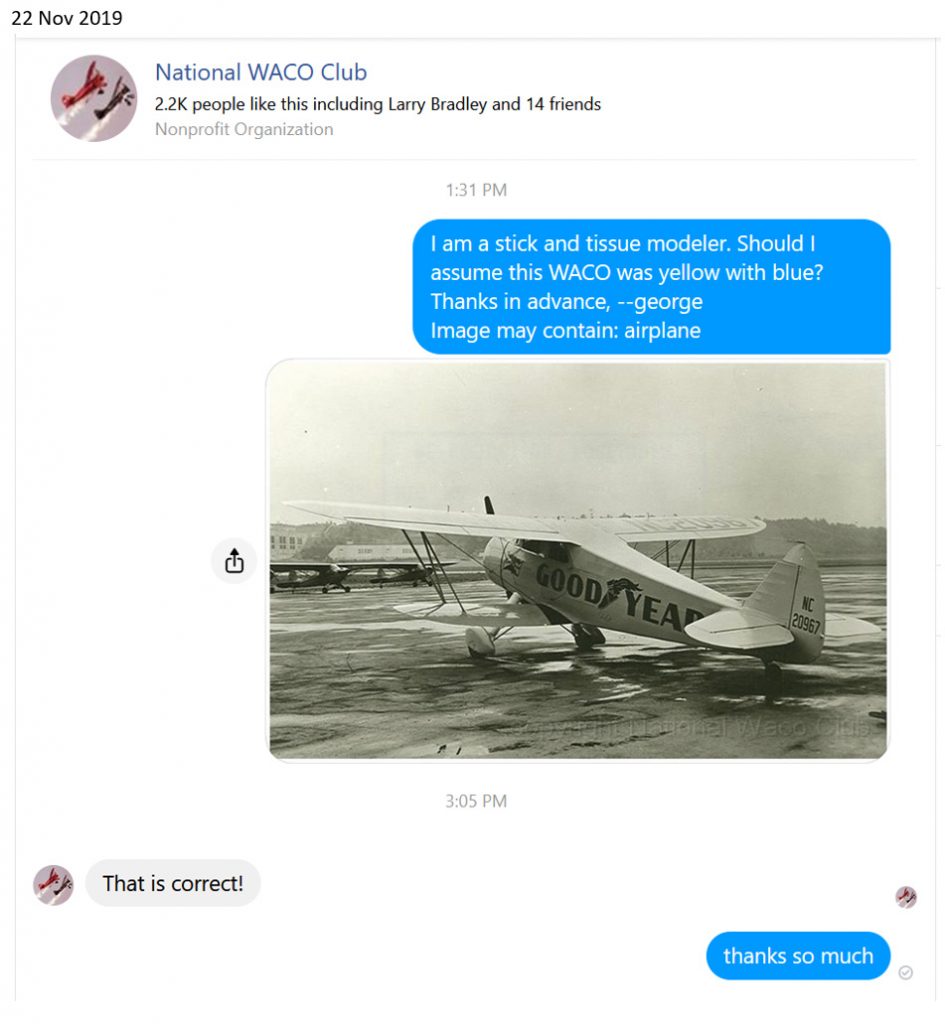 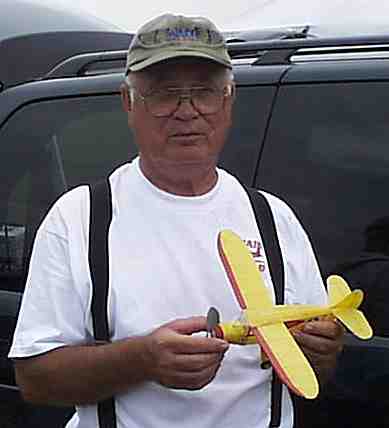 Del Balunek with a Peanut WACO N from my plans. This was in the ’90s