Posted on 27 September 2019 by Bredehoft

Well, I’d say it’s time for a deep relaxing breathe, but there’s no time 😉  FINALLY, I am back home, and back to work (full time) – from a number of contests and a 3-week trip to the UK.

Coming out of the last two contests last weekend, I was somewhat grateful the summer flying season was coming to an end – it’s been a poor year for my flying.  And as the streak of issues continued through that weekend, I pretty much resigned myself and just sat back and took it easy.  There were lots of events to fly and I flew some of them, but with a couple of exceptions, if the model needed a new motor, I left it in the box.  I was ok with the fact that Sunday’s wind was supposed to be high and I took off for home after the awards on Saturday.  It was time for a mental reset.

There is good news and that is that I have been working on 3 or 4 new designs that will be kitted.  That was a surprise to me because I really thought I was burnt out, but the ideas have just been coming to me.  I don’t know how many will get finished, built, or kitted, but where I didn’t have a 2020 list last week, I now have eight models on that list.  (on the 2019 list were 20 builds with seven completed.)

Speaking of my kits, there is a serious announcement:  My BAT Monoplane and Martin MO-1 – both designed for Dime Scale – have been found to be designed without regard for the FAC Dime Rules, specifically the flat-bottomed airfoil requirement.  THESE TWO ARE NO LONGER LEGAL TO FLY IN DIME SCALE WITHOUT MODIFICATION OF THE AIRFOIL.

There are two fixes for this:  If you have built them already, you can now fly them in Simplified Scale without modification as the mew FAC Rules no longer have a minimum wingspan for Simplified Scale.  Secondly, I will be reworking the kits to have flat-bottomed airfoils, but this will take some time.

This summer, I used my 3D-printed bobbins.  They performed just as I expected, with one exception.  The LARGE bobbins proved too weak in my Wanderer (12 strands of 1/18″ and one bobbin was deformed under the pressure.  Based on that, I have redesigned the Large bobbin to have thicker walls on the sides and in the center.  In fact the new design is about triple the thickness in the center, as the two halves now slip together (to be cemented with CA).  Here’s a pic: 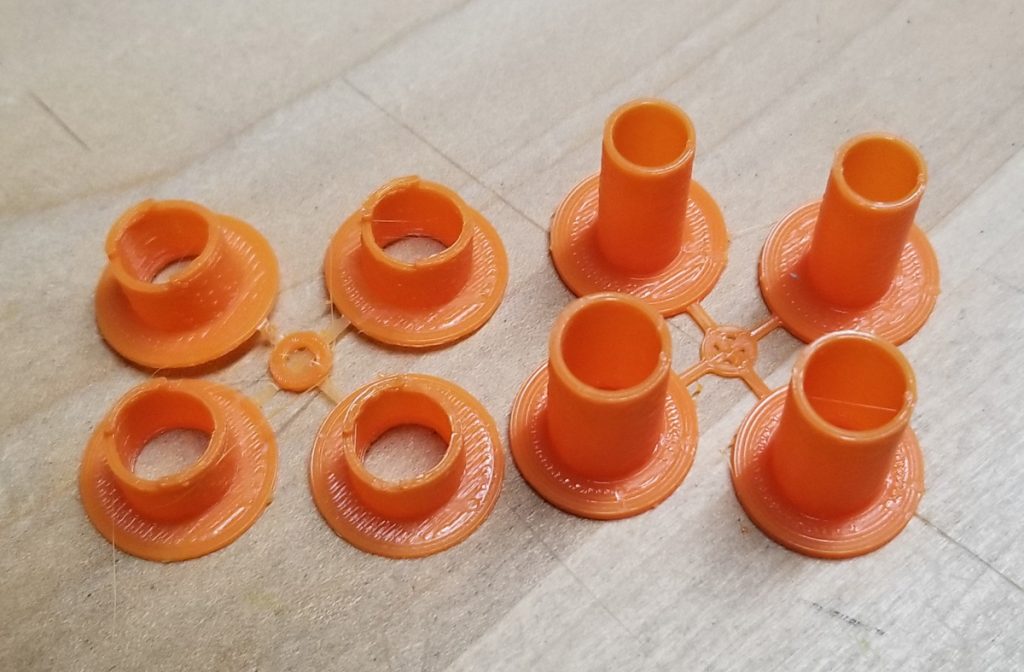 I mentioned working “full-time”  – I’ve been working on my large backlog and here is a photo showing the progress.  This is the third postal pickup I have done this week and it has 16 or so packages.  I’ve shipped probably over 30 this week and will be shipping more tomorrow.  If you are waiting on stuff, don’t worry, you will get it.  There is a light at the end of the tunnel. 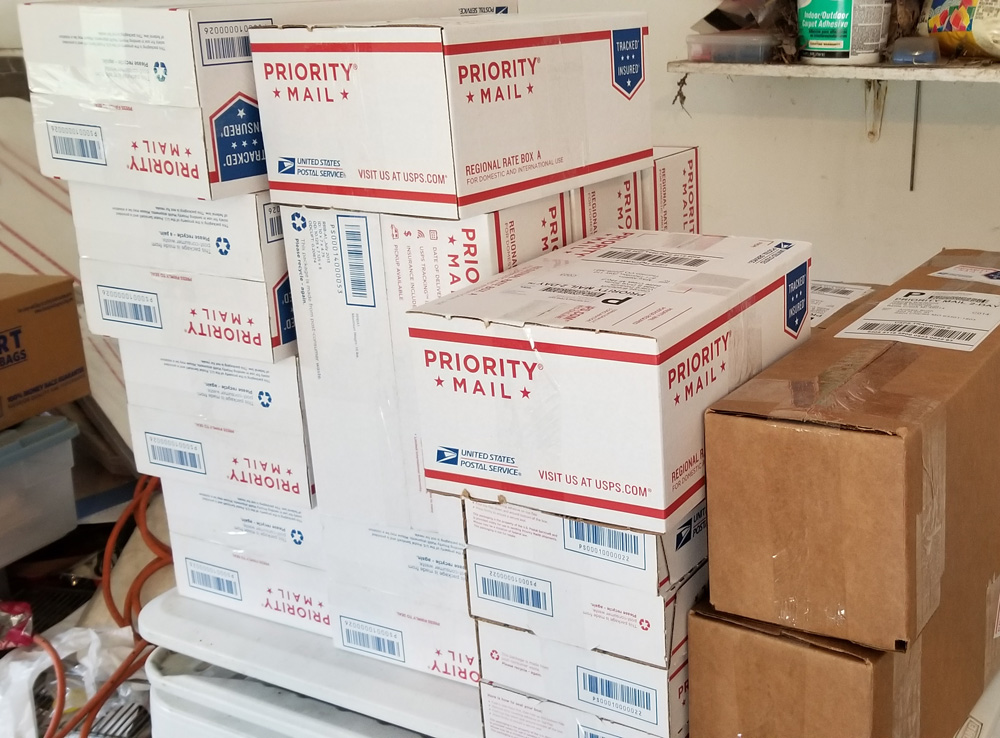 This entry was posted in Customers, Events, Products. Bookmark the permalink.