It was a beautiful day in Flint yesterday; not too hot, partly cloudy and bright, with light breezes.  The only downside was the breezes were running the short length of the field.

We had a great picnic, with about 40+ people in attendance.  There were at least a dozen flyers; the most for a Flint event in quite awhile.  Wonderful food was provided by the club and some people brought other dishes.  Surely no one went away hungry!  Long distance award goes to Pat Murray, who brought his family up in an RV for a long mini-vacation weekend all the way from the Indianapolis area.

Team Volare had a so-so day.  Jack put up an 83 second flight with his Elmendorf Special and was holding on to first until Pat Murray beat him out with his great flying Stinson SR-7.  Jack also lost the Races on a poor launch.  So, two second places for him; he didn’t fly Embryo, due to the short field.

I took second in Embryo with my Big Cat.  To (hopefully) keep my plane, I put in a half-length motor.  My first flight caught a thermal and maxed and I almost lost the plane in spite of my cautionary actions.  My next two were roughly 60-second flights, causing Winn Moore to crank up his Debut for a risky max flight for the victory.

I also took first in NoCal with my trusty P-39.  The worst part of the day for me was my favorite Peanut Keith Rider R-2 racer – I put up a 1:27 flight to take first in Peanut, but the plane came down in an inaccessible wooded, brushy area.  I guess it won’t be repeating as AMA Nats champ in Peanut next week.

Here is a shot of Jack’s racer cruising at altitude – what a beautiful site – this is what Free Flight Scale is all about  I will have more event pics up in a couple of days. 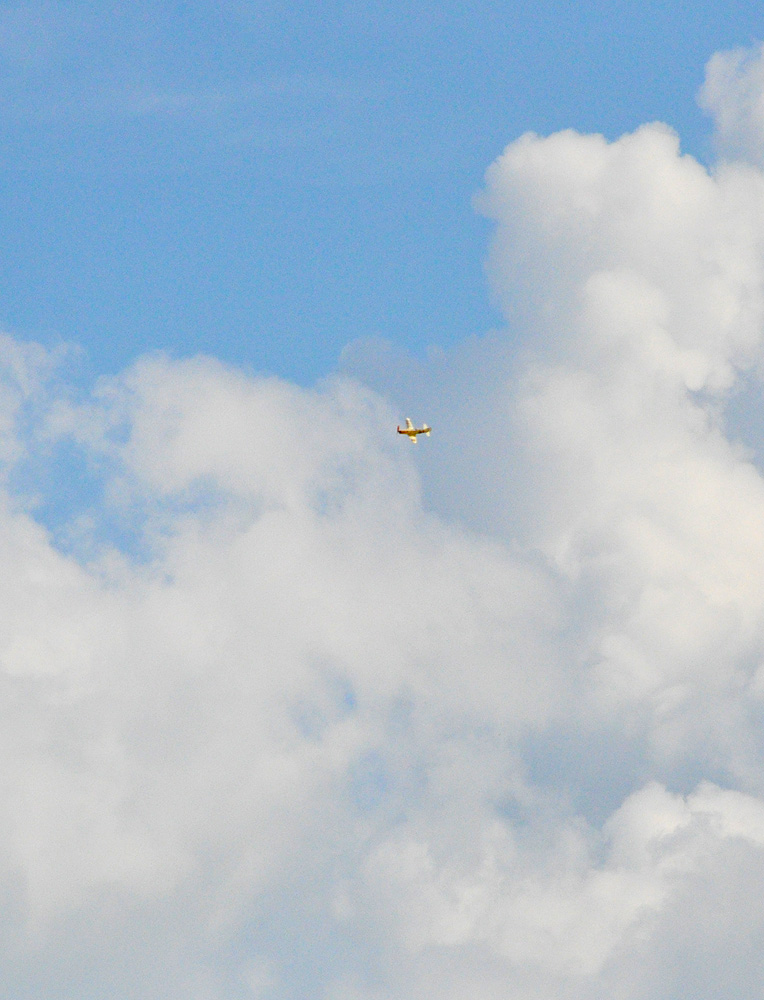