A few months ago, I posted about customer Ewart Yong in Singapore.  He built a RockyTop Flying Aces Moth that he purchased from us and he sent in some photos.

Well, that Moth flew away.  Undaunted, he built another!  He sent me some photos (check the Gallery) and a short video of his latest FA Moth.  Here is what he said:

I attach some photos of a rebuilt FA Moth to replace the one I lost previously.  I also include a short video of an ROG flight.  All supplies – crocket hook, rubber motor, Esaki tissue, DT fuse and nose button (except balsa and wire) were purchased from The Basement.

I built the model from the plans obtained from the Rocky Top kit (purchased from The Basement) but modified the landing gear to a single strut to avoid soldering.  I also carved a balsa prop instead of using a plastic one. 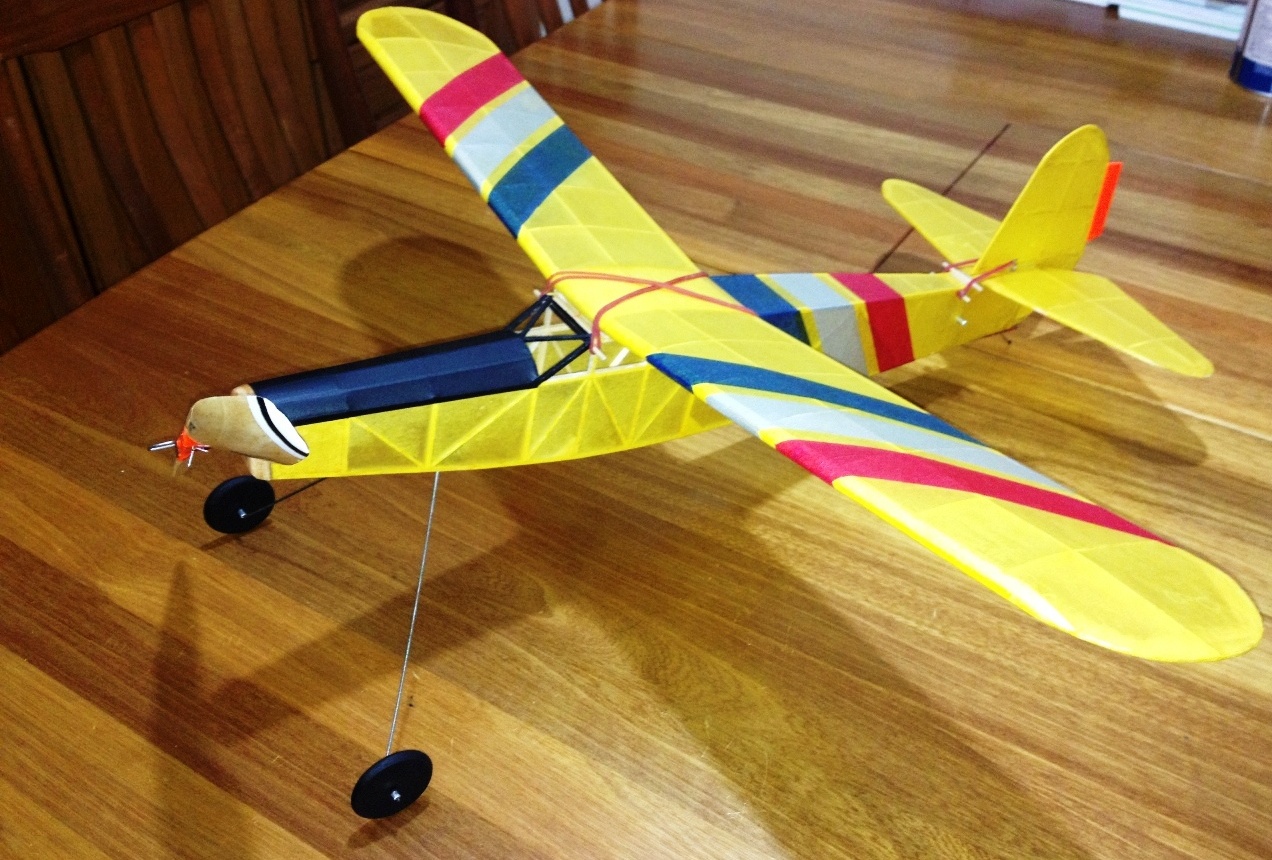 Here is the video:

Thanks, Ewart for sending in the photos!