Yesterday was warm – for Michigan – it hit 50 degrees.  So I decoded to mask my fuselage and spray Design Master Gray on the bottom of the fuse.  I used this color on my B-52 last year and it works well.

Previously, I had brushed on Future floor treatment on the raw tissue and then airbrushed some artist’s acrylic Titanium White thinned with water on the flying surfaces and fuselage.  I could do that indoors, but needed it warmer outdoors to spray the stinky paint.

Today I jumped in and finalized the method of doing the rest of the markings.  I discovered that my color break between gray and white was about 1/16″ too high.  I decided to shift that line down by doing the red stripes in printed tissue.  I already had decided to do the registration numbers in tissue and what better way to match the colors that to print all the red lines in addition to the lettering?  I even thought of printing the gray where the letters overlapped the gray.

But I knew the tissue would probably not be opaque enough to cover the gray line.  So I decided to airbrush the back of the tissue with more white after I printed it.

So here are the photos of the series (information in each caption).

Here is the right side tissue, color laser printed. The gray is way too dark to match the paint, so that had to go. 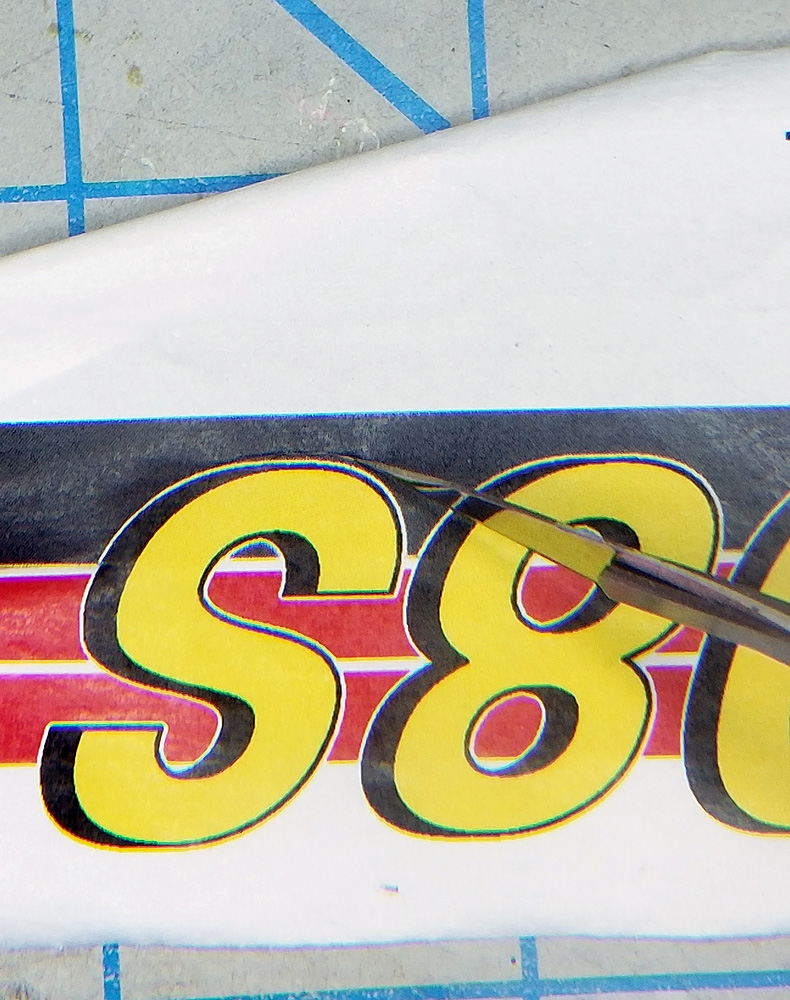 Taken through the overhead magnifying desk light, here I show how I tried to stay just on the outside of the white separation line.

I always start on the right side. I feel the left side is the side most people look at, so I try to correct any mistake I make on the right when I do the left side. This piece has a problem – there is a tear in the tissue starting at the bottom and going between the * and the S and crossing the middle of the S. This happened when I was putting glue on the back side. I used canopy glue and it just made the tissue too soft and it tore while I was putting the glue on.

Here is the right side. All of the stripes and letters are in place (except on the rudder). There are five pieces of striped and lettered tissue on each side. I used glue stick after the canopy glue debacle. Notice the Stallion logo on the fin. That is held on with 3M #924 transfer tape.

Another shot of the fuselage with a contrasting background. 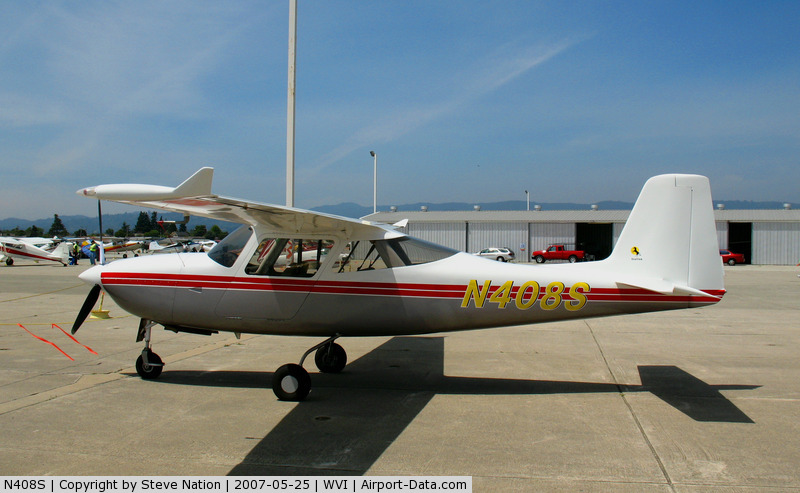 and the full scale Stallion