Just some quick blurbs that are passing through my busy mind…

I am having issues re-stocking some of my products.  Some of it is my own doing (running out before I re-order) and some is manufacturer issues.  I won’t address them all, but one thing I am considering:  ceasing production on the Rees Winder.  The gearing is expensive and hard to get, and the winders are time consuming to make.  One possibility is to do a limited run.  I don’t know – we will see.

We are also low on balsa, so custom Superior Props may be delayed for a little while.  I need to sort out the bulk balsa shipping logistics, but that will be resolved.

I have a new 1/2 Wakefield drawn up and ready to build.  I should have it ready for spring.  I will just leave this teaser here for now: 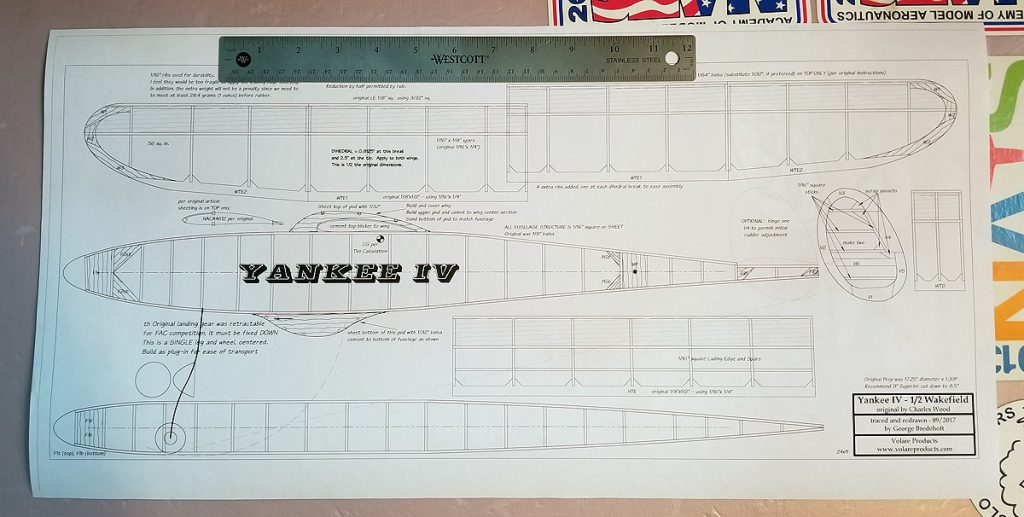 I am not a Scale Modeling Expert, but I have built many, many and will continue to do so.  Here are some thoughts on things I have observed that gnaw at me.

This entry was posted in Products, Uncategorized. Bookmark the permalink.