December Update – a Busy Time of the Year

Posted on 7 December 2017 by Bredehoft

Blog posts have been few for the last couple of months.  Various things have kept me busy.  As some of you surely know, it is building season and some of you are keeping me busy filling orders (not a bad thing!)  Here are some short blurbs about some fo the things that have been going on here at Volare Products Headquarters.

You might have missed them, but I did two write-ups on Documentation of some obscure aircraft.

One was the sole Comper Swift to fly in races here in the United States.  This documentation qualifies the model for Flying Aces Club Greve Races.  You can find the article here:  COMPER SWIFT – RACING IN AMERICA 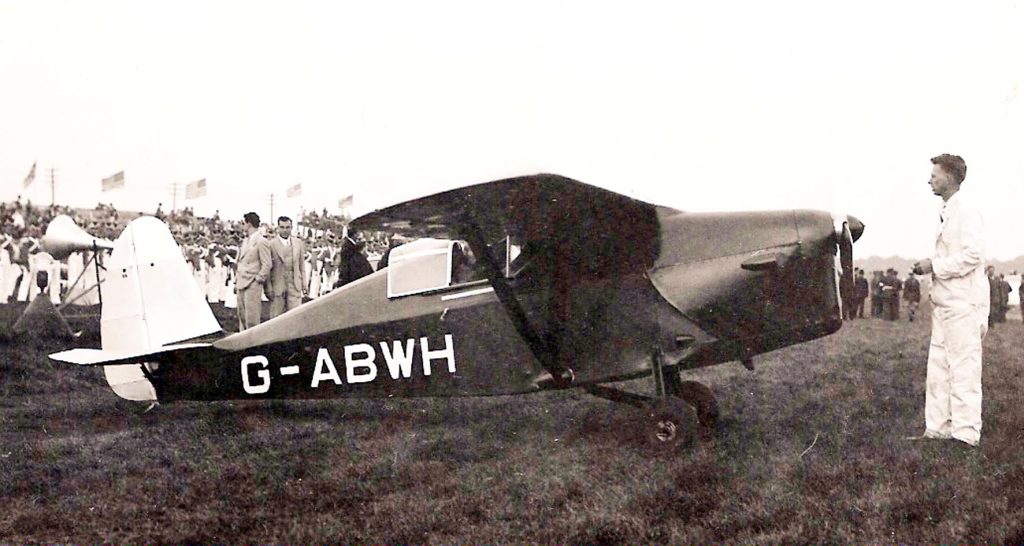 The other was a more representative color scheme for the Pegna P.C.1; a shoulder-wing, flying boat that was never completed and never flown.  But the fact that it was never flown doesn’t prohibit it from Flying Aces competition.  You can find my proposed schema and the reasoning behind it, here:  PEGNA P.C.1

Speaking of the Pegna, I have drawn up a new set of plans for the Peanut version.  I retired my faithful and venerable Peanut with honors after it won its 20th Kanone.  I have built another which is complete except for some minor detailing to be finished this week (before the next contest).  Once this version,in its new color scheme, has flown successfully, I will release a short kit. 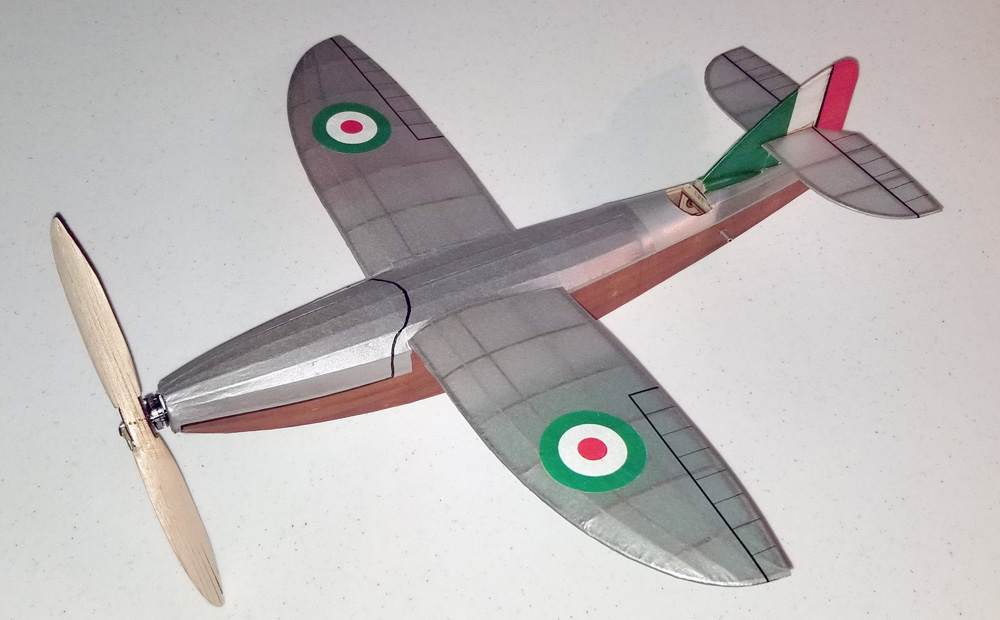 I bought a rather cheap HP Color Laser Printer (M252dw) and used it to print the colorings for the Pegna.  I was inspired by Jim Buxton, who posted some photos of laser-printed tissue on Facebook.  the quality of laser printing marking over ink jet printing is a step up – better quality, as you might expect.  Toner is much more expensive, but I plan to use the printer for nothing other than printed tissue, so maybe the cartridges will last quite awhile.

It was “warm” last week (mid-50s) so I was able to spray paint two sheets of tissue paper for my 24″ Cessna C-34 (now I can start covering).  If you recall, this will be for the FAC Thompson Races, so I am restricted to a specific color.  In time, there will be another documentation article providing all of the information necessary to qualify this specific airplane for Race competition. 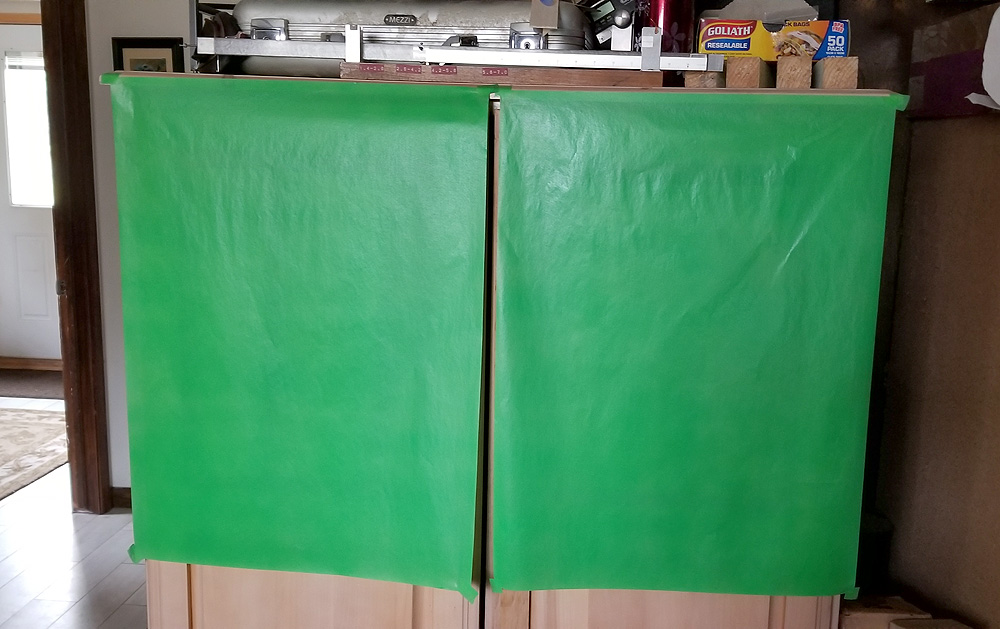 I have three Old Timers, all falling into the FAC 2-Bit category, out for prototype work.  I know that all three have been under construction:  one has not yet been completed (to my knowledge), one was just finished yesterday and is awaiting test flying, and one has already flown over 60 seconds (but I am giving the builder an opportunity to really wring it out before releasing it).

I have been involved in some online discussion about how to increase the popularity of Peanut Scale modeling.  I am a strong proponent of Peanuts.  They have a couple of benefits that maybe people don’t realize.  Since they are small, you can fit more into a given area, whether that is a single box or the trunk of your car.  Also, again since they are small, it is nearly impossible to add all of the details that you could/should add on a larger model, especially Jumbo or something like that.  So (in my mind) it is more forgivable to leave off some of the tiniest details (this includes simplifying fuselage contours, etc.  Yes, they are a little bit trickier to trim out and a little bit more fragile during the building, but they are fun.

So, during this discussion, I wondered if I am doing enough?  There was mention that no one is really promoting Peanuts in the way that Walt Mooney and Bill Hannan did – and that is true.  There are a few kits available, but not very many.  I will try to help that situation along:  I will put more effort into building and releasing Peanut Short Kits so that there are more available for modelers (I think the fact that there are so few kits hinders building because now modelers must scratch build almost all Peanuts). 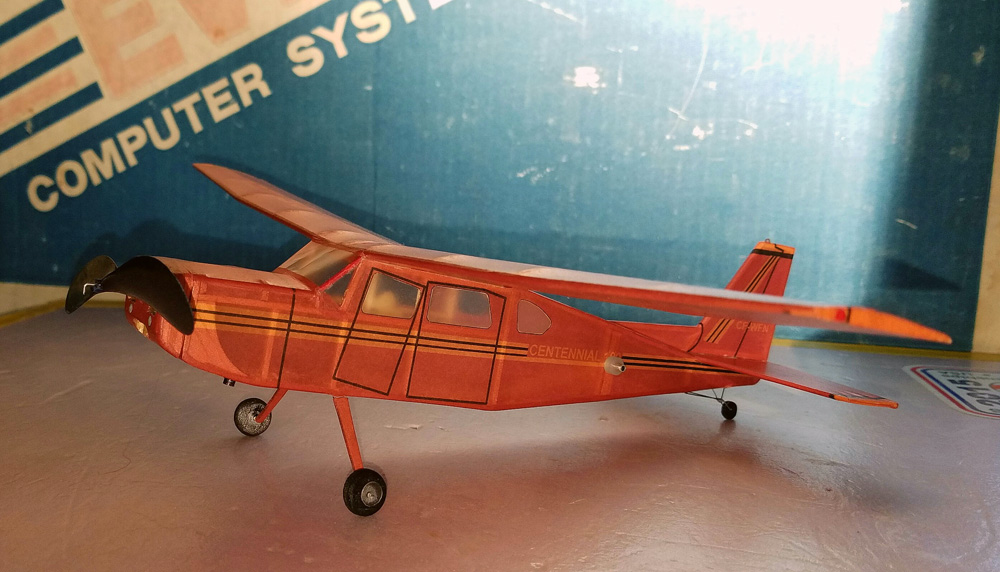 Finished and ready to fly.

Here is my pathway:  I have two available today: the Chambermaid and the Found Centennial.  I will shortly have the Pegna P.C.1 and the Fairey Barracuda (including canopy).  I plan on doing the same for my Stuka (plans need clear instructions on how to build – it’s really not that difficult).  I have a Goodyear racer just about ready to build (and I can always turn my Falcon Special II into a short kit, with some reworking of the plan).  I will work on another basic and simple high wing and I have a popular biplane just about ready to build. 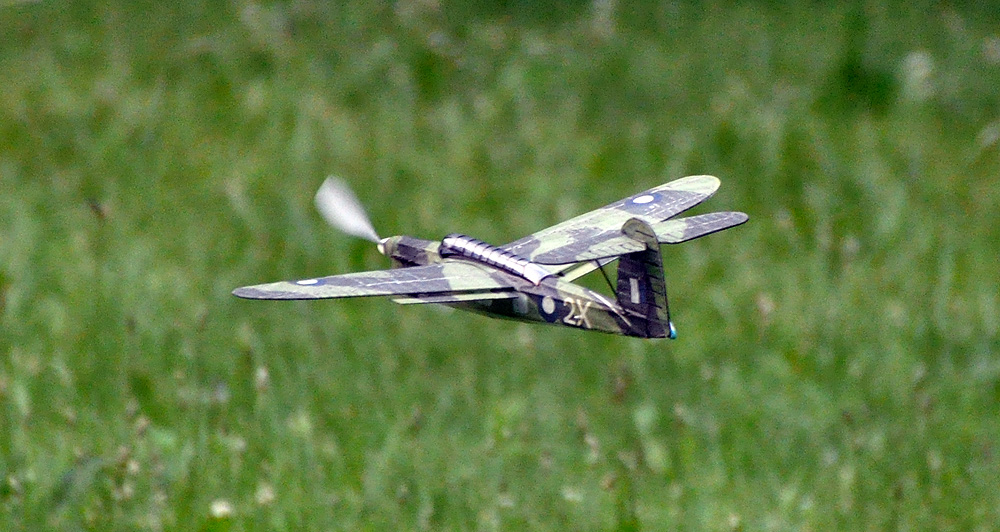 I am trying to engineer special pieces into these kits that will allow easy alignment of the tail pieces to each other and to the fuselage.  And I am experimenting (so far, successfully) with providing laser-cut strip wood for building.  The strip wood will be specifically for the kits where I will be using 1/20″ and 1/32″ wood.  All of this to make it easier to build the models. 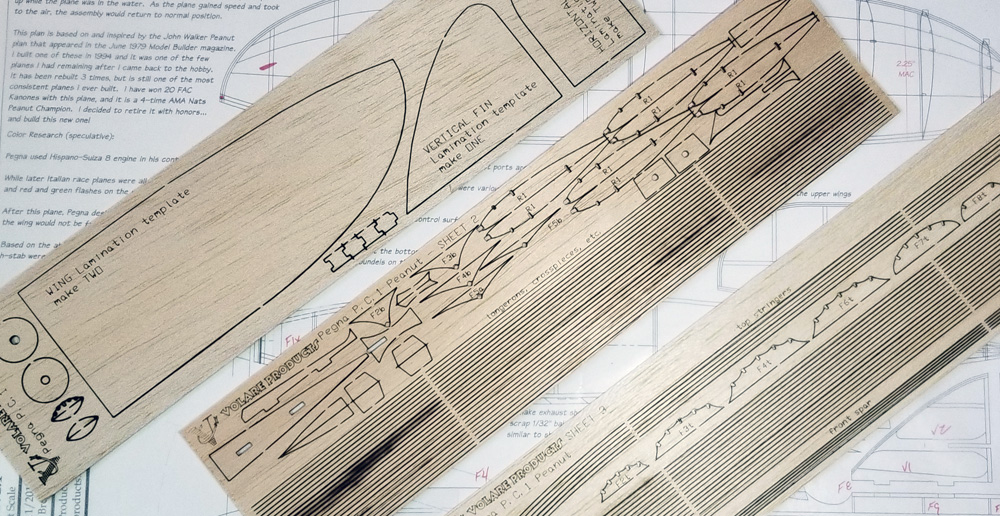 In addition, for my personal fleet, I am working on another quick kit build (someone else’s kit) that should encourage people to build this model that will fit into FAC Scale, Modern Military, and Low Wing Military Trainer.  And I intend on having two Jumbo planes ready for Geneseo – one for Jumbo/Simplified Scale/Modern Civilian and the other for Jumbo/Golden Age Monoplane/Airmail Anniversary. 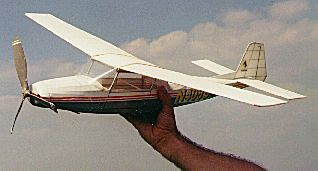 AND… I am drawing up the next One-Design for the FAC Outdoor Champs (details to be released in the near future).

2 Responses to December Update – a Busy Time of the Year