I know I have been “offline” and not posting for about a month, but it has been a very busy month.  At least two weeks was taken up with #2 son, Tristan, graduating from high school – and preparing for his entrance into Michigan State University in August.  All of this has taken much, much time.

Additionally, I have been occupied with a business matter that will become obvious very shortly.  I am close to making an announcement.

As for flying, below you will see a photo of Phantom Flash #3.  I built that during the graduation rush just in time for the June Cloudbusters meet (last Saturday).  You might recall that I lost PF#2 at the May Cloudbusters meet on the second of two max flights.  I got second that time because i could not make a third flight (due to the loss of the plane).

Well, PF#3 put up one test flight, and 3 official maxes – flying away into the neighborhoods surrounding the park on the 3rd flight.  Again, I had to settle for second since I had no plane to fly a fly-off!

I will be building PF#4 very shortly so that I can head south to Muncie for the annual McCook Squadron 2-day event (where I lost PF#1 OOS last year!)

Anyway, look for big Volare/Shorty’s news very soon – hopefully before the end of the weekend! 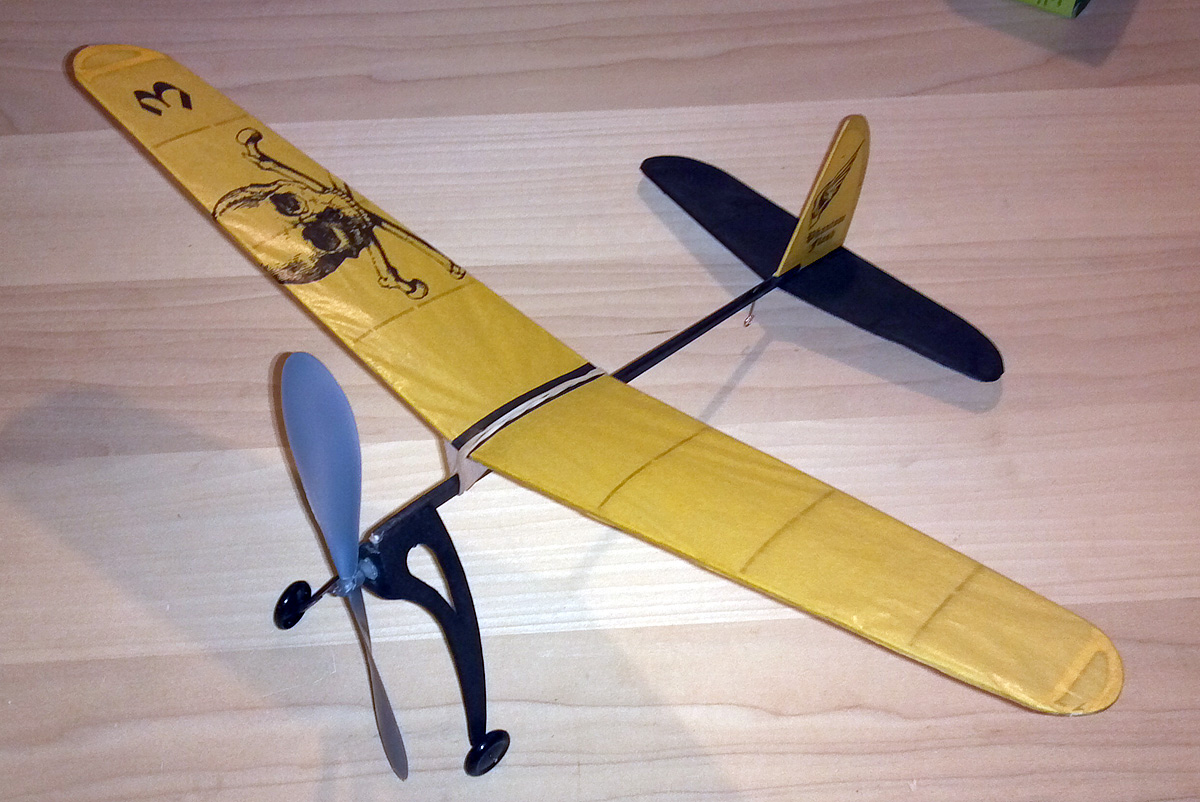