Posted on 18 September 2017 by Bredehoft

Just got back from the FAC Outdoor Champs and the Ted Dock Memorial contests – two, two-day contests held back-to-back at the wonderful AMA Flying site in Muncie, Indiana.

Where do I start?  My son, Jackson, and I arrived Wednesday afternoon.  We met up with my parents and went out to eat.  My dad spent Thursday with us at the contest – he wanted to see his products in action.  He does the machine work on the propellers and other mechanical gadgets that we make and sell.

The weather was excellent – except for fickle drift on Thursday and 30 minutes of spotty rain on Sunday, we had four days of beautiful weather – calm winds of no more than 5 mph or so and blue skies on Friday, Saturday and Sunday (Thursday was heavy overcast).  You could not wish for better weather.

The FAC outdoor Champs (Thursday and Friday) were dedicated to our late friend, Jack Moses.  He was a terrific modeler, wonderful person, and a great friend to all who met him.  He passed away last year while we were all attending the 2016 Champs.  Our hearts were heavy last year but we flew on, knowing Jack was Smilin’ down on all of us.  The choice of the One Design for the 2017 event (the kit registrants received and the image on the t-shirt) was the last model Jack was building – the Martin Mauler from Mike Nassise was on his building board.  In addition, we the event organizers, decided to create a Jack Moses Memorial Trophy.  Jack loved Dime Scale planes, so the winner of Dime Scale at the Outdoor Champs will receive the trophy.  It will include one of Jacks participant badges from the FAC Nats (Jack went to every Nats from the first one to his last, two months before his death).  We have several, so this should be a thing for 10 years or so.  Here is the first, won by Harrison Knapp. 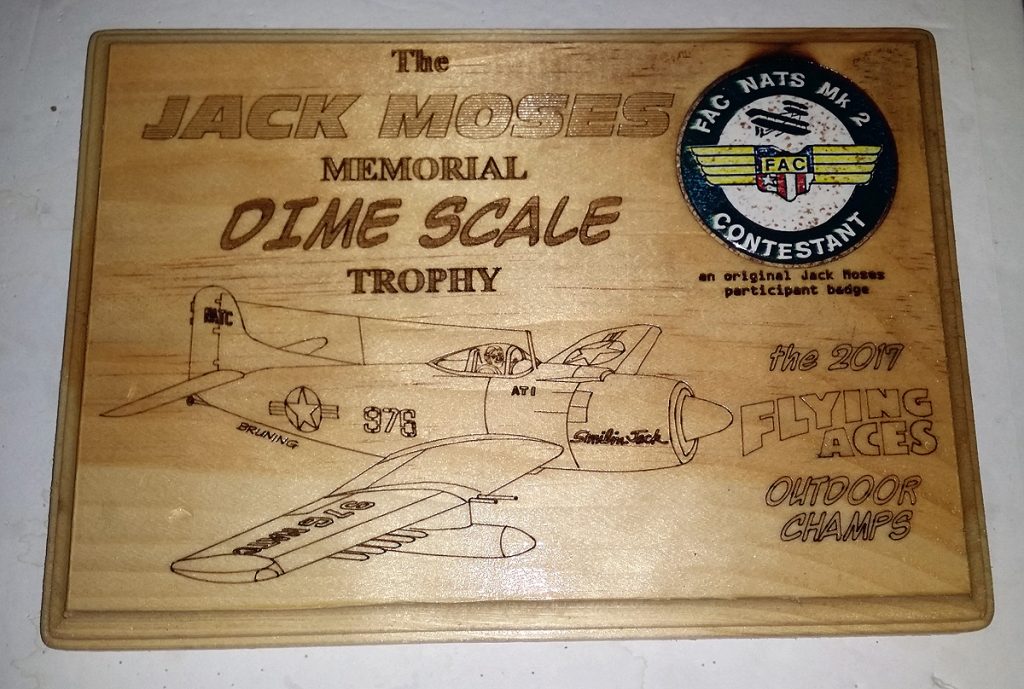 Here is a shot of Jack’s BMJR Tailfirster P-30 in flight Thursday evening.  I bought this at our club auction and will fly it when we fly P-30 in his honor.  It flies great; I got over 2 minutes in this late evening air. 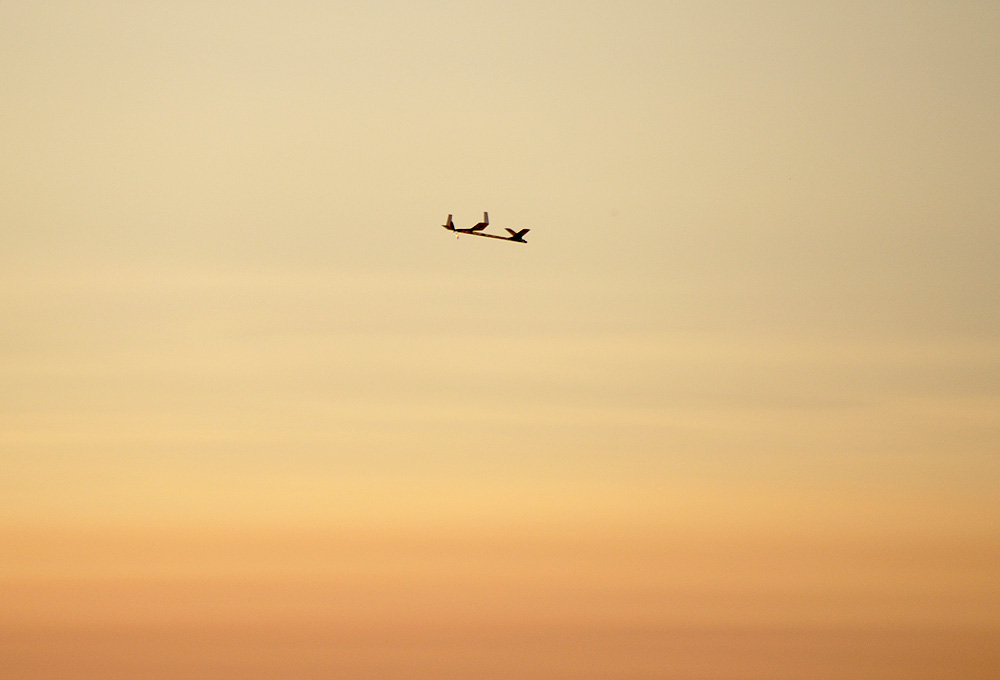 In fact, on Saturday, I flew it in the Ted Dock contest and at 3+ minutes, the DT went off at high altitude (in a strong thermal).  The force of the DT broke the glue joint on the thread holding the Canard at angle and the canard thermalled away.  The rest of the model took another minute to hit the ground.  Now I need the plans and/or patterns for the canard so I can keep flying this model.  Can anyone help me out?

My new Comper Swift flew “off the board”.  This is a 24″ model and sports a 9″ Superior Prop (carved balsa).  I finally settled on 2 loops of 3/16″ for the motor.  I was generally getting 75-80 seconds or so per flight.  I flew it in the Greve Races and it did real well – fourth at the Outdoor Champs and second at the Ted Dock!  It needs some micro-trimming to turn it into a serious competitor.

My “newer” Comet Pepper finally redeemed itself from the debacles in July.  I took some time to trim it to ROG off the table and it paid off – with one minor problem:  when it came time to set the DT, my homemade mechanical “tomy timer style” DT must have broke.  It would only last for about 40 seconds at full winds.  So I had to lock down my DT to fly at the Outdoor Champs.  The day was heavy overcast with light and variable breezes – on occasion.  It really was a great day for flying.  There was a little bit of bouyant air, but no real thermals of any size.  Therefore, I was able to fly with little risk to my plane.  I made my three official flights:  5:45, 2:33, and 7:59 – even the last one landed only a couple hundred yards from the launch table.

The day at the Ted Dock was different – full sun and 5 mph winds.  I had some trim issues and that started to spread out my flying into mid-day.  I really like to get my big planes – those that can max in no air – out of the way early in the morning when thermal activity is lightest.  My last flight on the Pepper went over 3 minutes and the model drifted over the corn.  As you can see below, I was able to find it without much issue.  I somehow dropped my middle flight with a 1:58 and ended up in second place.  This plane flies GREAT.  I don’t have it trimmed for a rocket climb yet, but it really does good as it is.  It glides like mad. 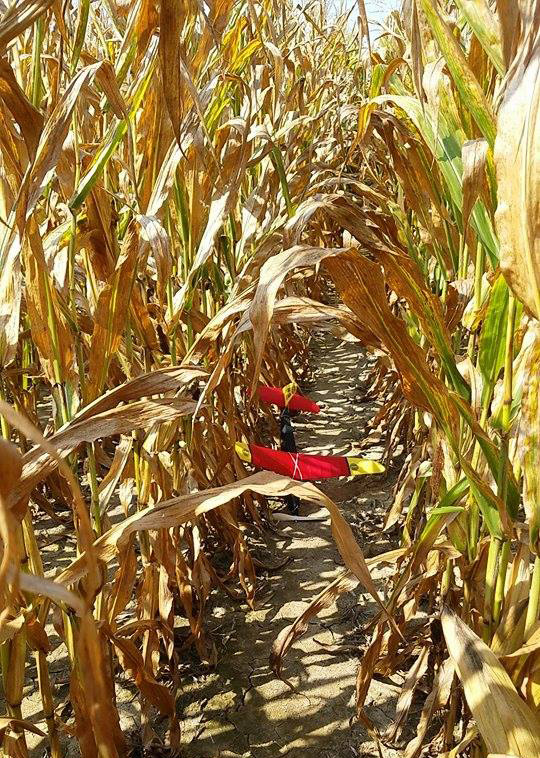 I’ve got a handful of these DTs now; I think I will put one in the Pepper. They are just over 5 grams each whereas mine was a little over 3.  I hope to trade some weight for reliability! 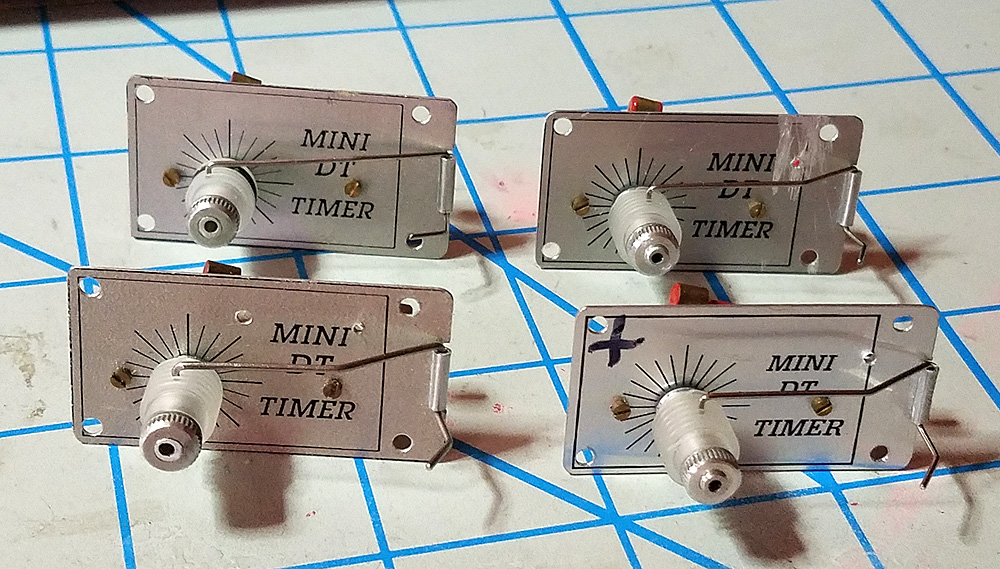 For those that are interested,  Here is a brief summary of my results from the two contests:

There’s a story behind nearly all of these and more, but I won’t go into all that.  However – a word to the wise – Check and RE-CHECK your models, especially during Mass Launches.  I got knocked out of WWII because I failed to notice warps in the tail of my Judy.  I lost the 2nd fly-off in OT Stick because I neglected to check how my tail was sitting (the same thing happened at the launch of the Dawn Unlimited).  Lessons Learned:  Check and RE-Check!

NATURE – one thing you can count on when you stay at Muncie is that you will see some nature that maybe you don’t get to see everyday.  Here are a couple shots I took this weekend. 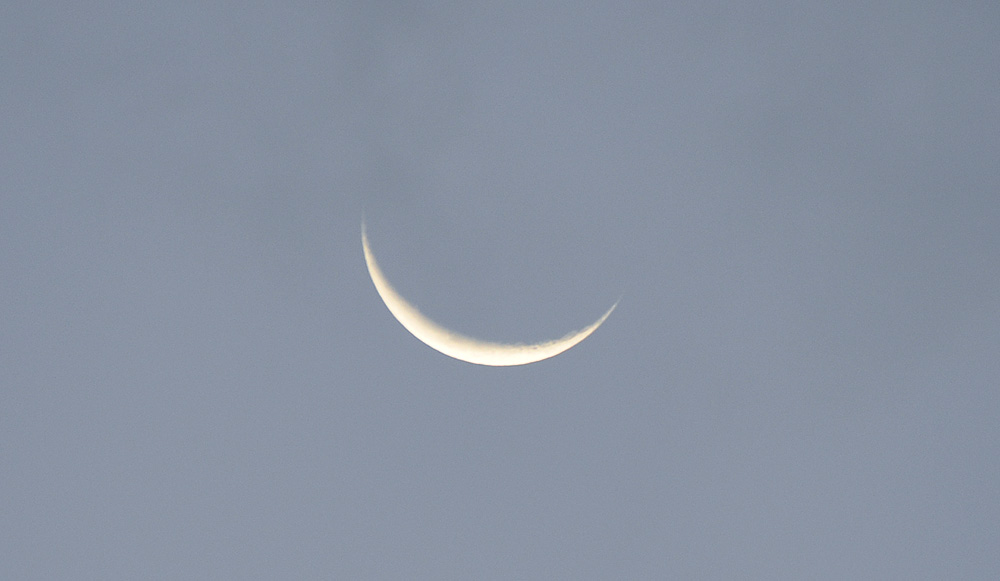 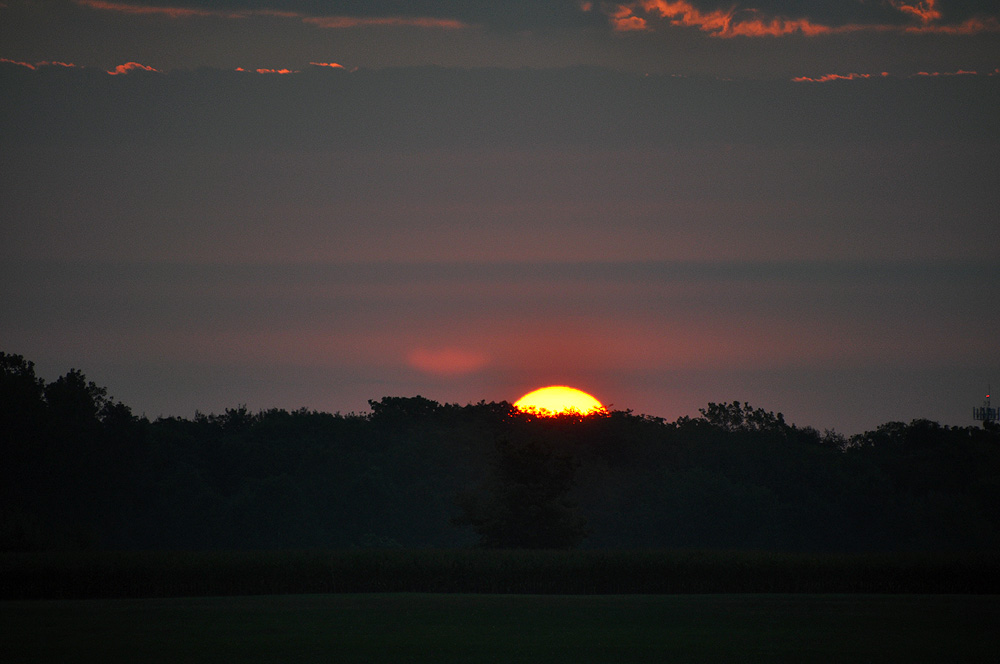 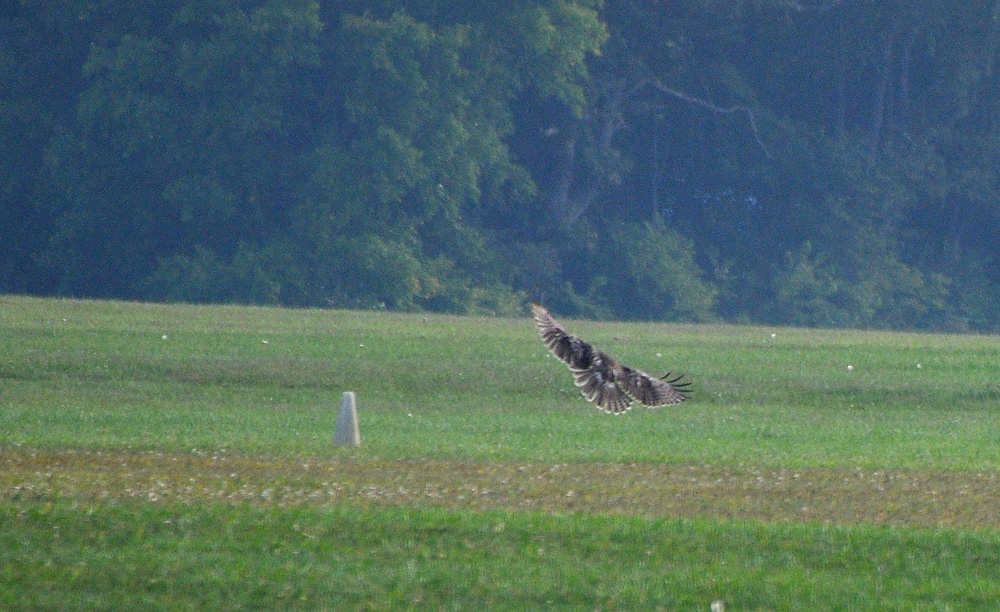 A hawk that hunts the flying field

Maybe the best part of this event is the cameraderie.  It is smaller and more personable than the Nats or non-Nats.  We have a great flying site and we can share the experience with our friends.  And flying in the evening, after the pressure of the contest is just about the best.

I’d like to thank my son, Jack, for taking and posting several videos during the four days.  I couldn’t be bothered to take many photos for a variety of reasons, but his videos were imaginative and fun.  You can find them on the FAC-GHQ Facebook page (or most of them).

Of course, we have chosen the FAC outdoor Champs as our opportunity to thank our friends and customers with free grilled hotdogs on the first night of the contest right after flying.  If you are a member of Sam’s Club, these are the same giant Nathan’s hot dogs that you get at the cafe inside – they are huge and tasty.  We cooked up about 50 for the flyers and families. 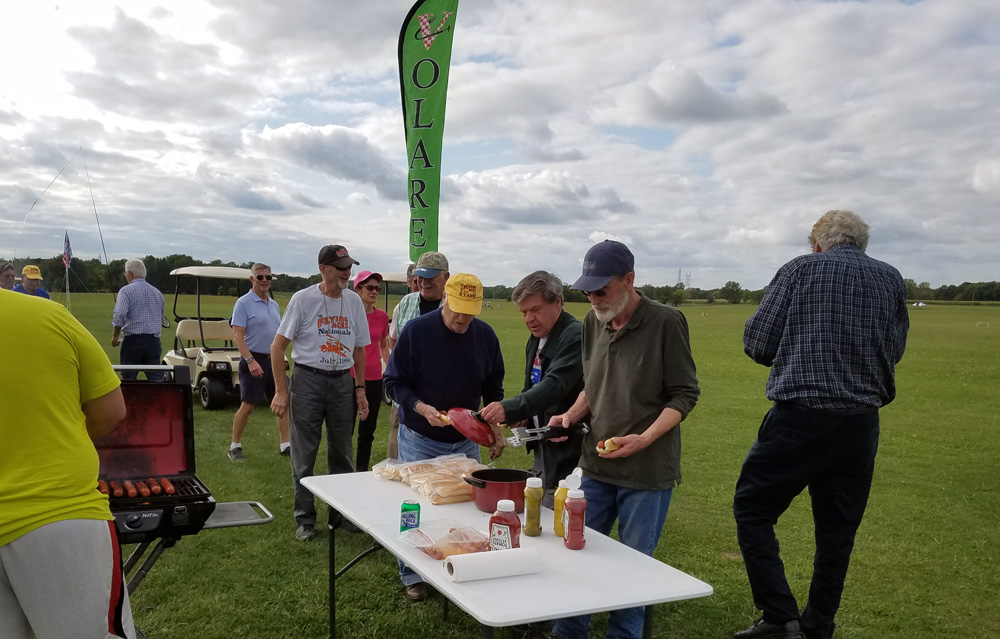 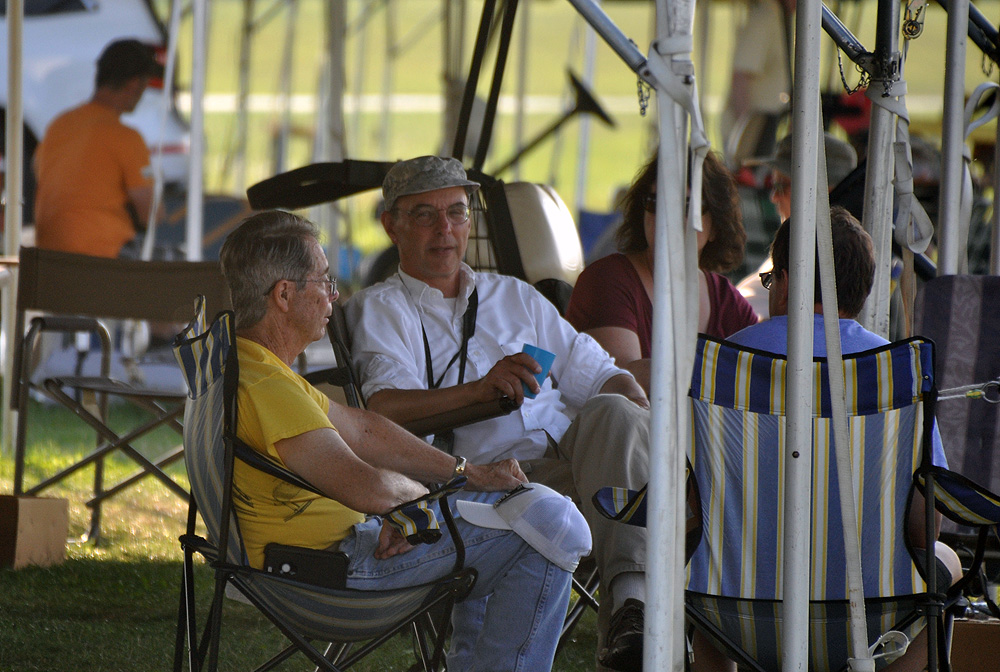 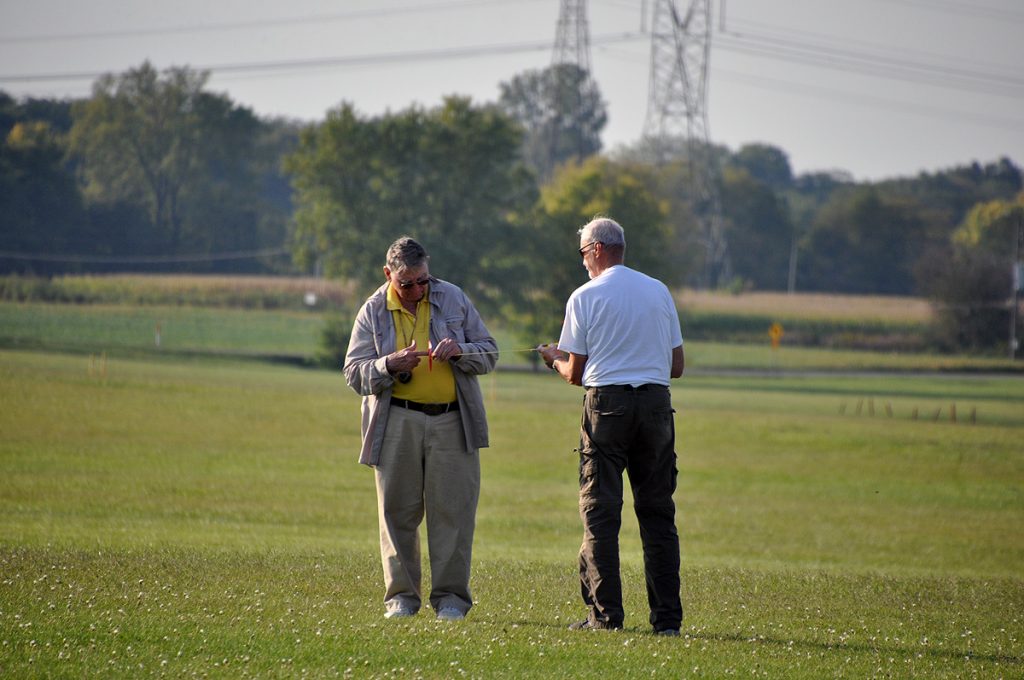