Modeling Joke of the Day

Posted on 2 September 2017 by Bredehoft

Late this afternoon, I decided to take a break from orders, kit-cutting, grocery shopping, and whatever other things I’ve been doing and relax and fly something in the back yard.  The weather is great; mid-70s, sunny, virtually no breeze.  I haven’t been flying anything for at least three weeks.

As I am starting to get ready for the 2017 FAC Outdoor Champs in Muncie in two weeks, I thought I would grab a P-30 and give it a shot. 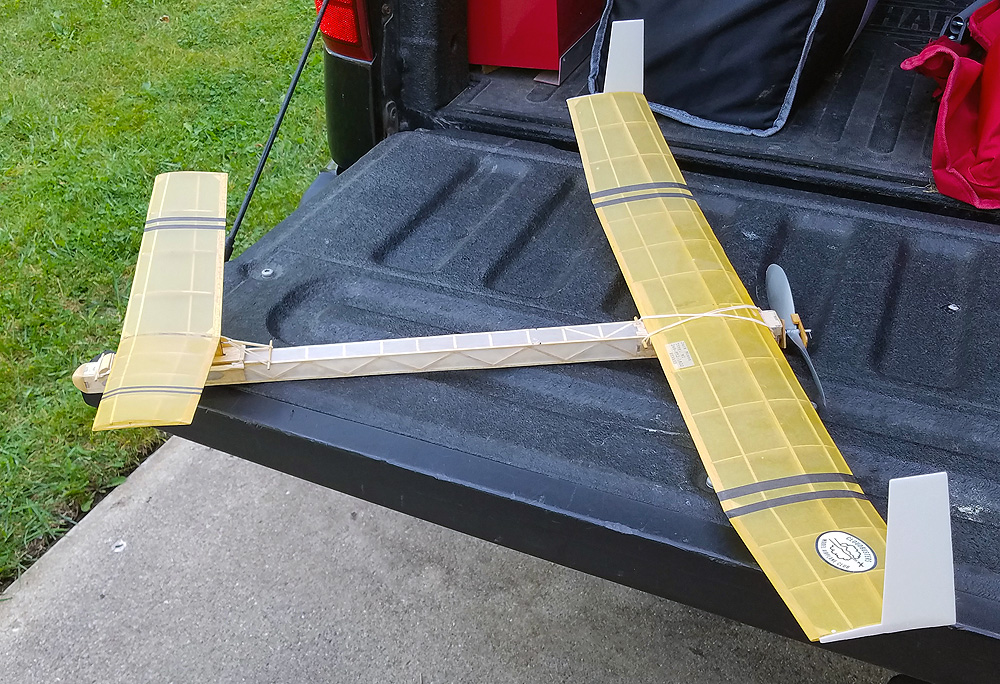 This isn’t just any P-30 – I don’t really have one.  This P-30 (a BMJR Tailfirster) used to belong to our old flying buddy, Jack Moses.  I picked it up with the intent of flying it in his memory whenever we fly P-30, since we do so rarely (P-30 is not an FAC event).  But P-30 will be held at the Outdoor Champs.

I’ve never tried to fly this model and I have had no luck flying pusher canards of any sort.  But I loaded a P-30 motor of four strands of 1/8″, all lubed and braided.  I installed it and took the model and equipment out into the back yard.  I knew it would be pushing the limits of my tree-lined back yard; it’s really too small for bigger models.

Problem Number 1:  I put in about 250 turns just to test.  As I hooked up the prop, I realized the motor was spinning the prop backwards.  Lesson Number 1:  Pushers with regular props need to be wound in reverse.

As I tested and tested this model, I was struck by something:  I was having to make several adjustments to this model.  Jack always had models that flew and I had been told this one flew well.   I was adding nose weight, thrust adjustments, even changing the incidence of the canard.  I was finally getting some decent flights as I worked up to about 500 turns.  Large circles, about 20 feet up, and I had to fish it out of trees three or four times.

Problem Number 2:  after 30 or 40 minutes, I decided to head back into the house and set the model aside.  I took the model and my tree-pole back to the truck where I store the pole and as I set the model down – as shown in this photo, I realized what should have been obvious:  the wing was on backwards; trailing edge forward!  Lesson Number 2:  do a pre-flight when flying, just to be sure some idiot didn’t put the plane together incorrectly.

I did one more test flight.  I took out all the adjustments I had put in and wound to about 250 or so turns and let it go.  The plane flew better than it had that evening, going all the way across the yard and even climbing a bit, on that low-power motor.

I’ll give it some bigger power when I get to Muncie.

2 Responses to Modeling Joke of the Day