First off – a new kit announcement – the long-awaited (is anyone waiting for this?) PBY NoCal Short Kit.  I spent this morning cutting and packing ten of these short kits.  This is not a simple model, as it is a twin prop, twin motor NoCal.  But I have spent some time engineering in some glue joints and overlaps that should make it a little easier to build and stronger once assembled. 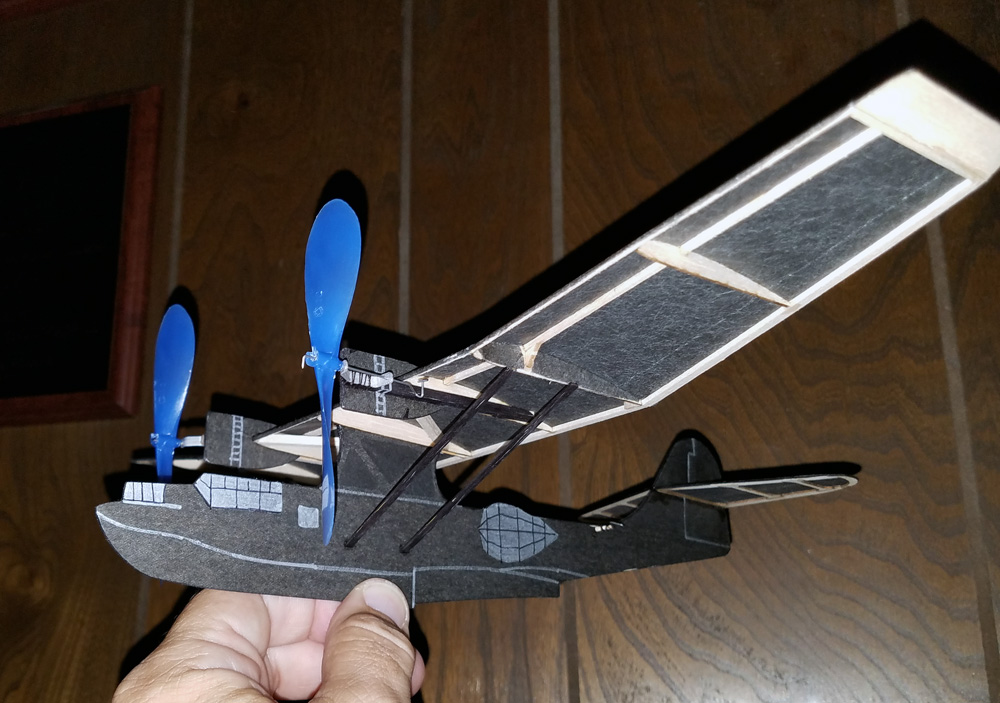 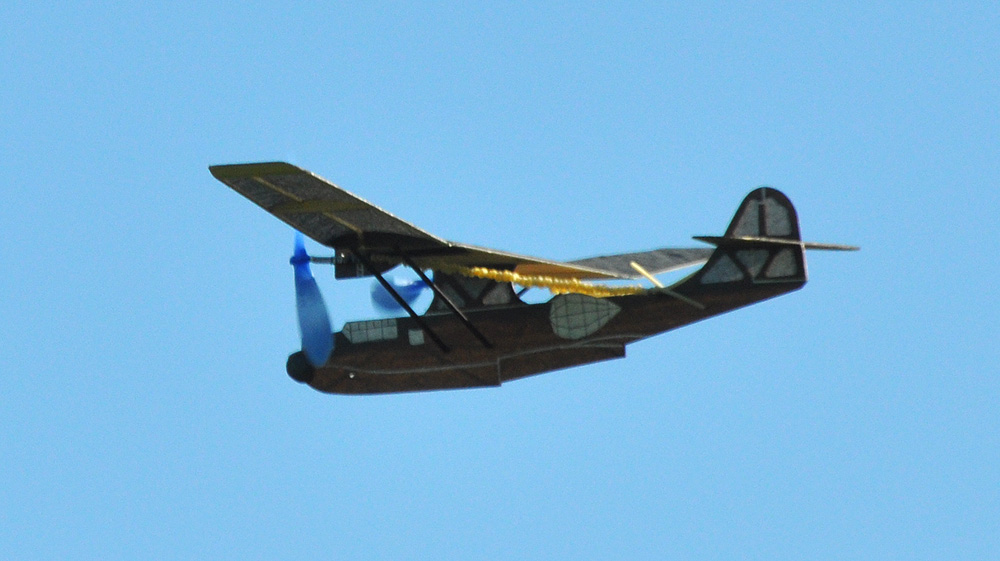 I need to mention that I built and flew this kit prototype back in October/November, but it took some inspiring comments regarding NoCals by Vance Gilbert and Dave Mitchell in a recent issue of the FAC News to get me to finish the drawing and parts layout.  By the way, this is cut from 1/32″ balsa, so it’s not as bulk as you might first think.  Find it in the Shop for $10 plus shipping, as are most of my short kits.

It is hard to believe that it has been a week already since the WINDY McCook meet down in Muncie.  I have barely got anything accomplished since then.  I twisted my knee down there and hobbled around for most of the time.  Well, it hasn’t got a lot better since then and I am set for an MRI next Thursday.  We”ll see what that report is, but I am sure it won’t be easy news.

Because of that, I’ve done little more than try to keep up on incoming orders.  In a way, it is fortunate that June orders have slacked off a bit as it takes a little pressure off of me.  I have been trying to complete some pending plans and parts layouts for new kits.  With the PBY just released, I have the following kits at 85-90%, or maybe even closer in some cases:

Two “under wraps” designs:
a contest-winning Embryo by a well-known modeler – parts cut, awaiting a prototype build
another 2-Bit with a twin-fin – parts nearly ready to cut

I have any number of model plans at less than this state, anywhere from 75% done to “man, I want to do this one someday”.  And new ideas and designs sometimes jump the line, like the twin-fin 2-Bit mentioned above.  I enjoy drawing up plans and making them available.

In closing, REMEMBER TO PRE-ORDER for Geneseo and AMA Nats.  This will make it easier for both you and me.  See you there!