The Cloudbusters’ May meet was a success.  We had sunshine, warm temperatures, and light breezes all day.  The only unfortunate part was that the breezes were blowing in just the wrong direction.  We tried to maximize our location to take advantage of the longest flight path at the park relative to the predicted wind direction.  Instead of the predicted breeze from the SSE, we experienced them from the South and SSW.  This put flight paths over the neighborhoods – several planes were lost or nearly lost.  We had about 10 flyers participating.

Team Volare (me and son Jack) had a successful day.  Jack had unexpected success with his race plane, getting it to fly very well, taking 2nd in Scale and 4th in Races.  He had been contemplating the old “fix-by-stomping” solution to its ills, but “Less Power” cured the initial torque rollovers.  Now he will need to trim to glide and he will have a truly competitive racer. 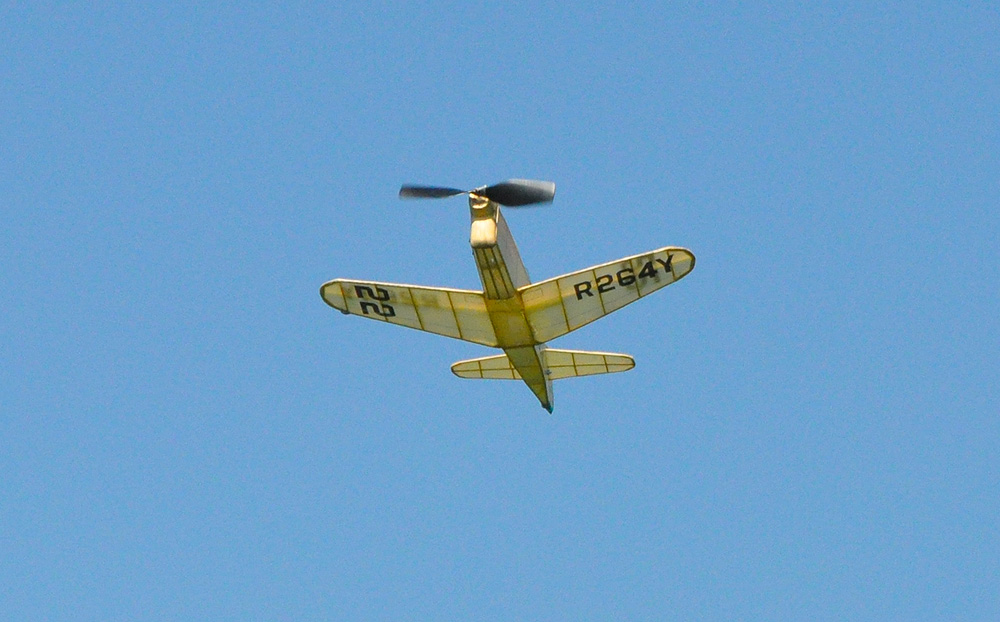 I put up 90-second flights in both Peanut and Scale to take home firsts.  I “could” have taken Phantom Flash, but I had a fly-away on my second flight which happened to be my second max.  A third max would have sealed that event, but I only had one model.  It looks like I will need to build multiple Flashes to avoid disappointment and future regret!

2 Responses to Cloudbusters’ May Outdoor Meet