I guess it is time for an update.  I’ve been slow in posting one, so we will give it a go today.

This past week, I have been trying something new on Facebook: I’ve been posting a Modeling Pic of the Day.  No real articles or description, just something that I hope is of interest.  If you have Facebook and you didn’t know there was a Volare Facebook page, you can find it here: https://www.facebook.com/VolareProducts/

Probably the most interesting of those posts has been what amounted to an early new product announcement.  We (my dad and I) are producing a reproduction of the popular Jim Jones Balsa Stripper.  These have been out of production (twice now) for awhile and we are “this close” to selling them.  In fact, I have three on hand, but two are claimed already.  More are on the way and I will have them on the site shortly.  When the link is live, you will find them under the category “Tools”.  Here’s a preview: 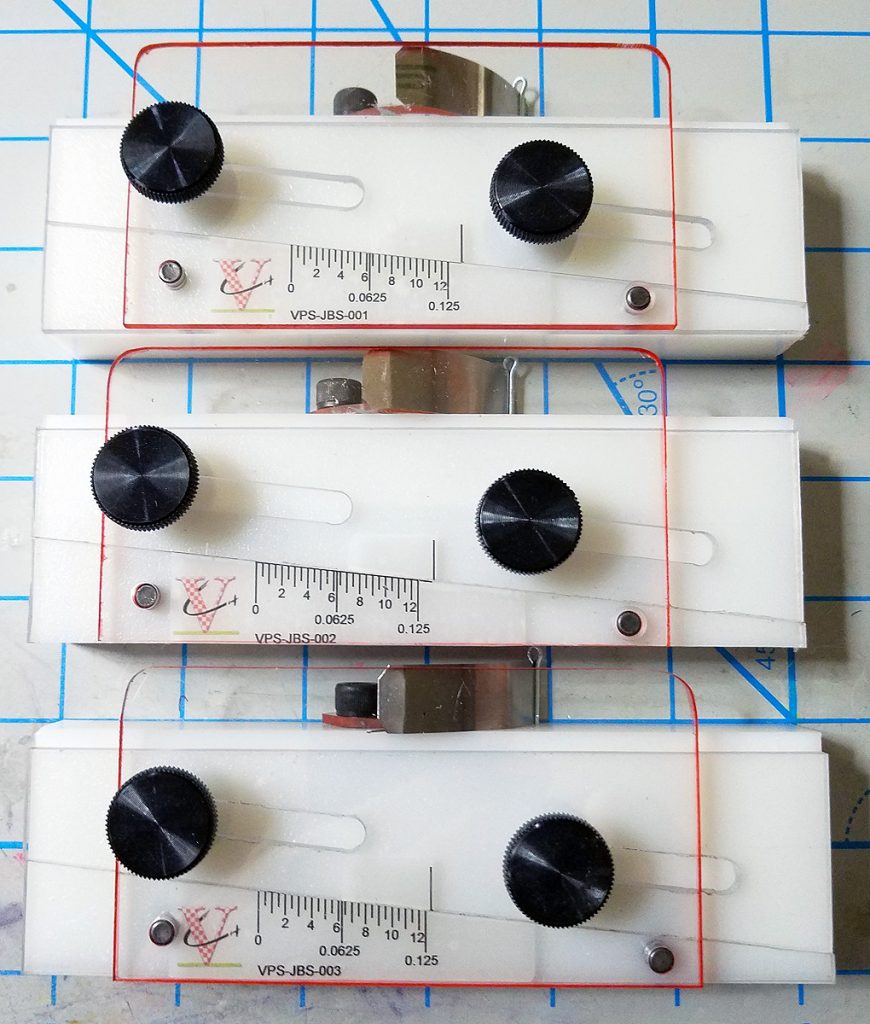 Speaking of Facebook, they did a real number on the FAC-GHQ page.  I don’t know what happened, we were going right along, lots of usage and membership was over 200 with a lot of requests coming in every week.  Then someone asked “what happened to the GHQ page?” and it was gone.

I have absolutely no clue as to what happened.  There was no notification or anything.  When you went to the link, a message appeared that it was unavailable.  I did see a cryptic message that said there was a dangerous link on the page and it referred to the GHQ web site.  So, I don’t know.  Facebook Help is just like going outside and asking the sky – no response to multiple help requests.

So, this morning, I recreated the GHQ Facebook group.  Here is the NEW link: https://www.facebook.com/groups/FlyingAcesClubGHQ

One of my Pics of the Day featured a modification I did to my chase bike.  Some of you might be interested.  Now, it is specific to the Honda Ruckus, so “some of you” may be only two or three of you.  I had a previous version of this rack, made out of 1/2″ PVC pipe, but it was simply duct-taped to the frame – it was loose and eventually broke.  This is also pipe, but it is now mounted to hard points on the frame; it is bolted on and is rigid.  Oh, what is it for?  I bungee a banana box on it and use it to carry my models back to the base. 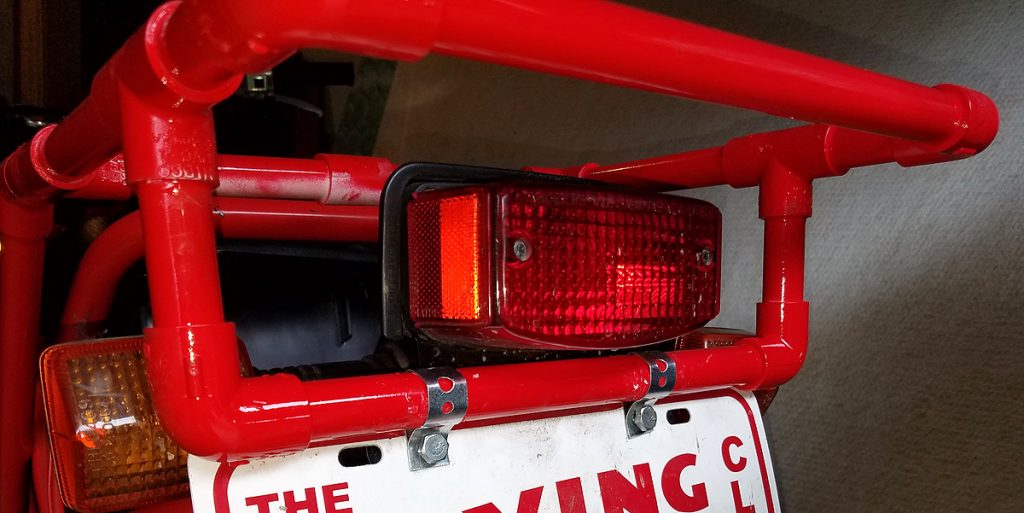 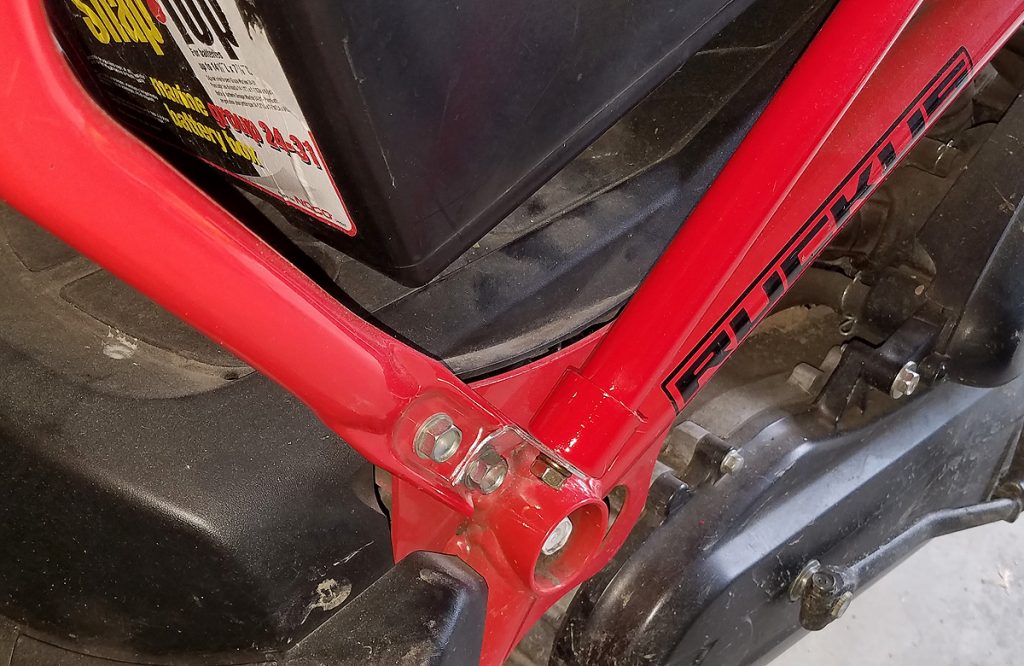 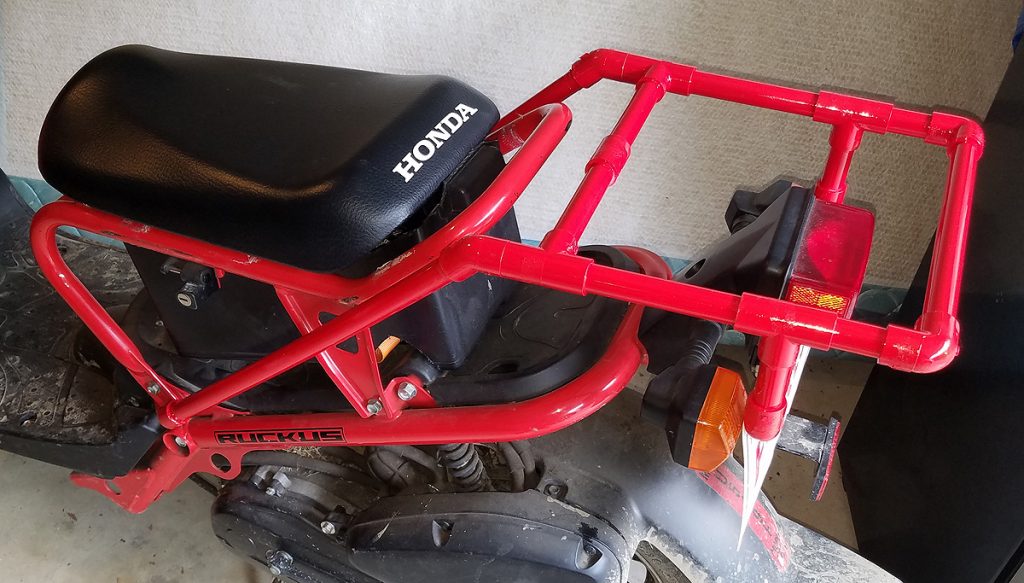 Lastly,  some of you may be aware that I am building another “secret” model for Geneseo.  It is going to be big, but not nearly as big as my last two.  Here is my latest teaser pic: 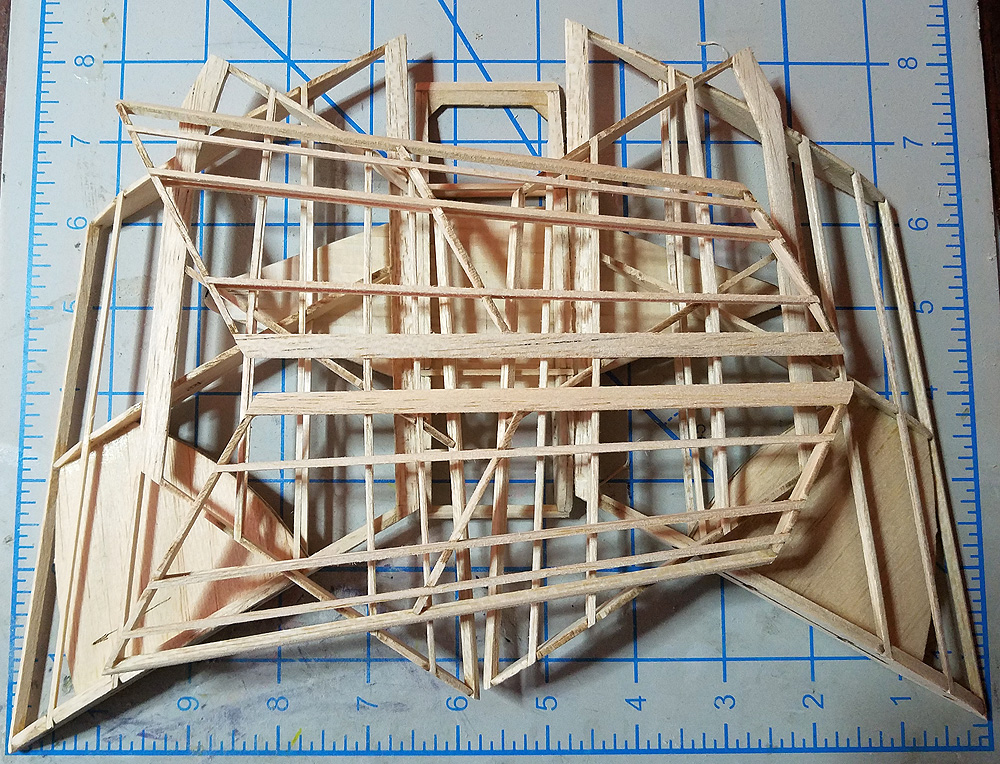 I am just about ready to cover….

Speaking of Geneseo – the FAC non-Nats are only TWO MONTHS AWAY!  Get building and trimming!