The Flying Aces Club WWII Combat event is one that I like to participate in, but I am rarely competitive (except maybe at the local level).  This is certainly due to the fact that I have almost never built a combat plane in a size larger than Peanut.

When searching for subjects, I look at proportions – and the engine.  I dislike radial engines; they are hard to model and lead to short-nosed planes.  I much prefer “inline” engines, or the water-cooled V-style engines.  The Yokosuka D4Y Has great proportions and a beautifully smooth nose.  There is an old plan out there from the early 90s by Dave Smith for the Judy.  I was able to contact Dave and he agreed to let me kit his plan.

I started working on converting his pencil-drawn plan to a digital CAD plan and it takes a long time.  Every former is different and the nose scoop gave me nightmares.  I estimate that I have roughly 200 hours in the drawing alone.  But about two weeks ago, I cut the first prototype kit and sent it off to Dave.  A few days ago, I started building my own prototype.

I must say, this is going quite well.  I found a couple formers that need to be redrawn to fit the fuselage lines better, and I found the tip rib needed to be 1/16″ longer.  Other than that, this is turning into a beautiful model.  I am now at the point where all the “fast” building ends and the slow detail work begins.

All of the basic structure is 1/16″ square.  Dave’s original plan called for 1/20″ square, but I increased this for ease of construction.  This bare frame is just under 15 grams right now.   The 18″ span wing has about 57 square inches of area, so if I can keep the finished weight under 30 grams, this might be a floater.  That might not be possible, but we can hope!

It is my plan to have this short kit available this spring; in a month or two (as soon as this one flies!)

Here are some photos: 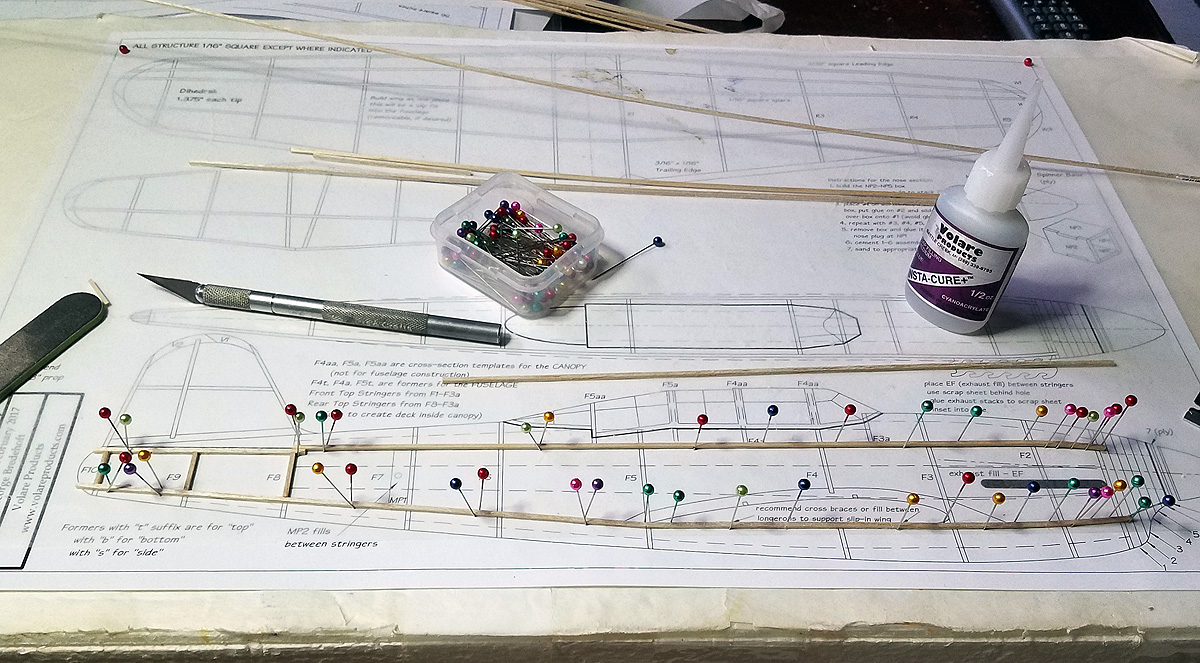 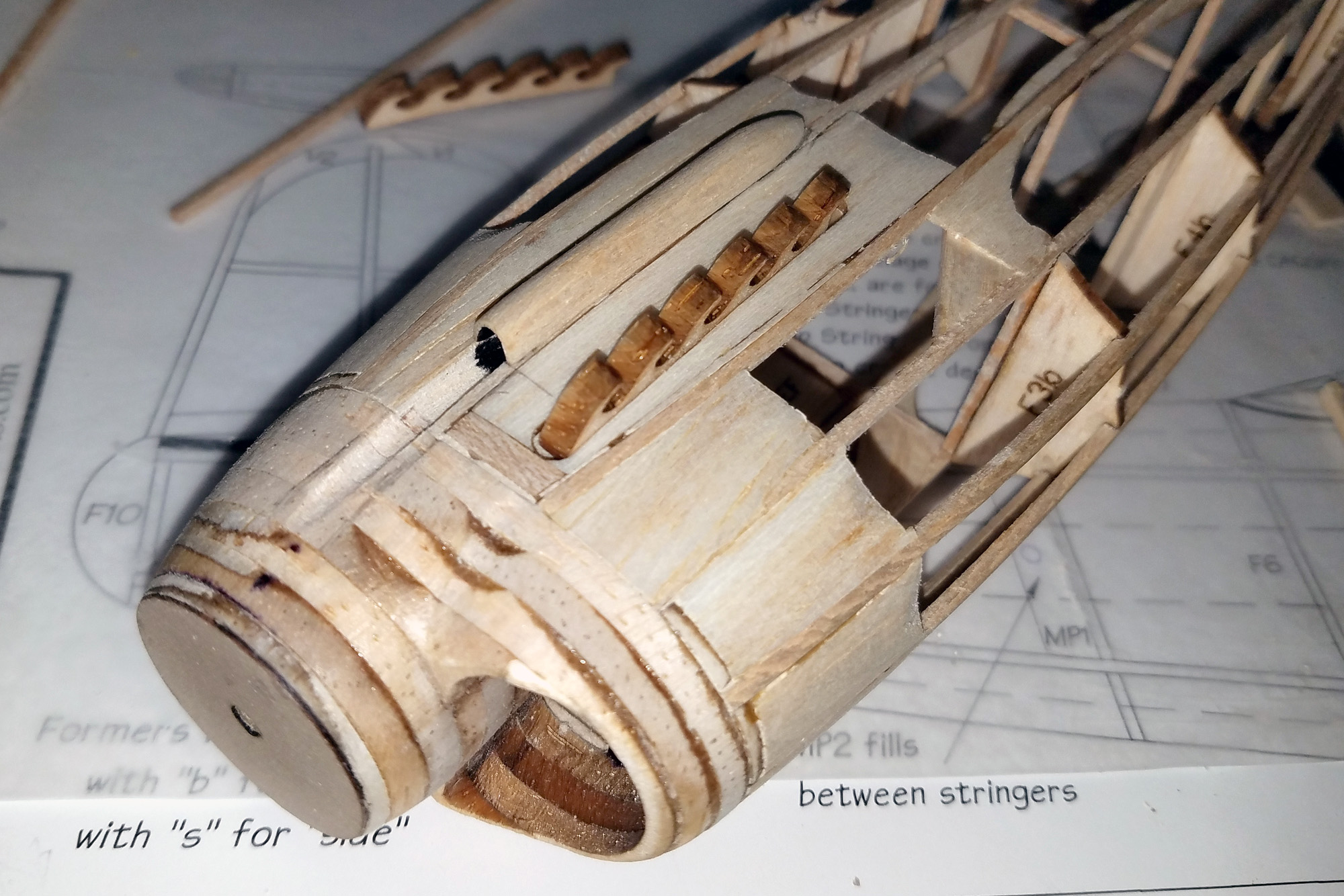 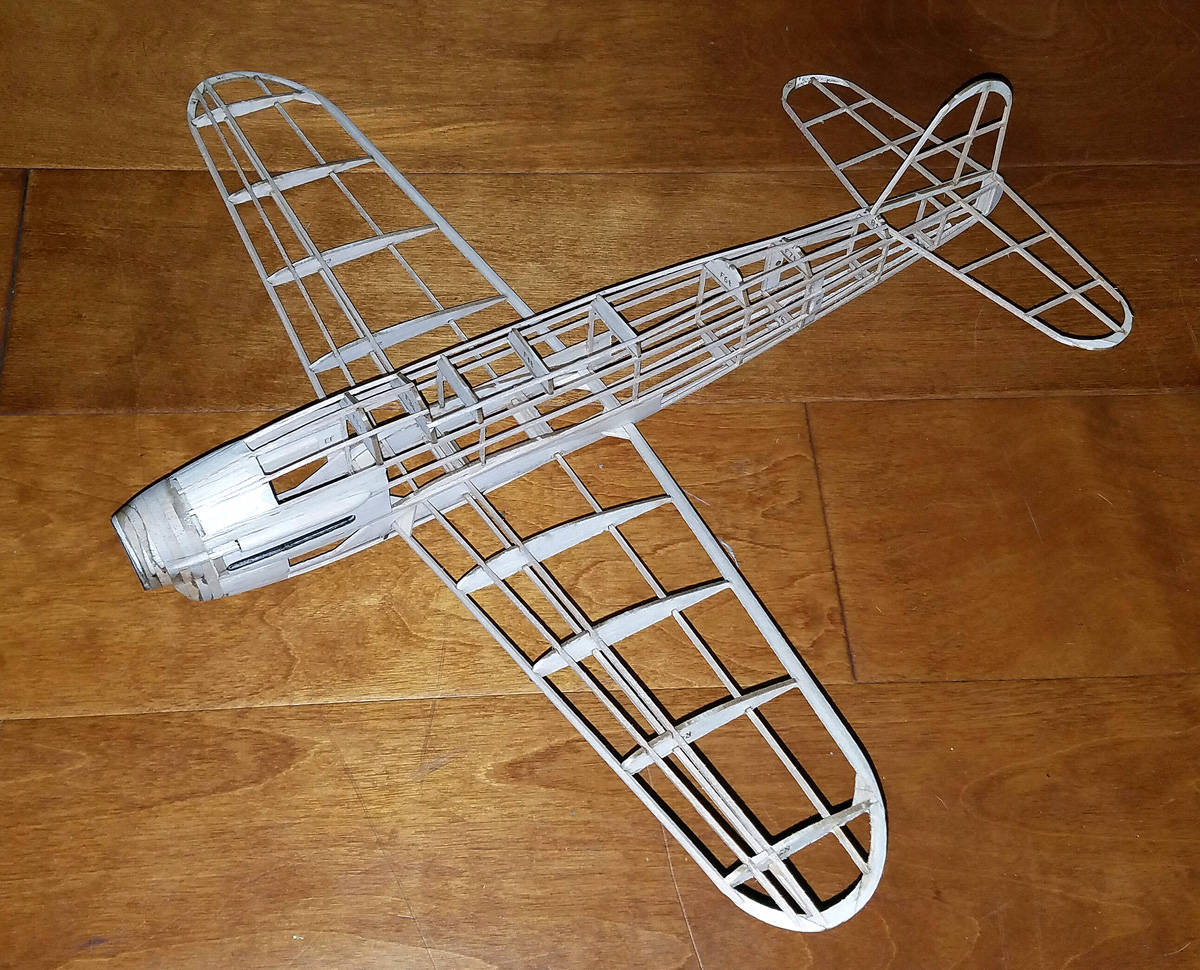 all structure built and assembled 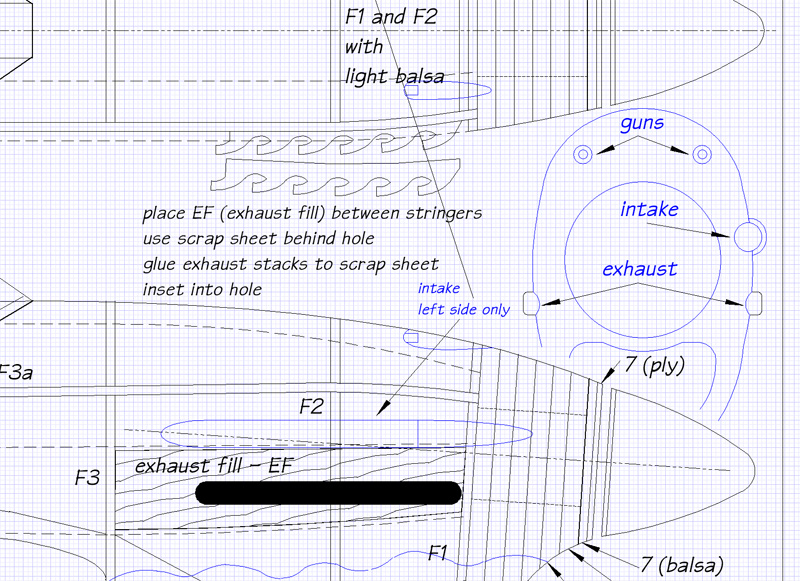 Starting to complete the plan details