I have built a lot of Peanut scale planes.  I have no idea how many, but Walt Mooney’s Peanut plans in Model Builder magazine is what gave me my start and inspiration in Free Flight.  That size remains my favorite size.  According to my records, over the years I have won 62 events with Peanut-sized airplanes – including several times in Mass Launches where I am flying against larger models.  To me, they are easy to build and trim, while many people believe the rumors and misinformation that they are difficult models to fly.  I guess maybe “rumors and misinformation” is a bit strong, as I find larger models more difficult – to each his own.

However, it seems fewer and fewer people are building Peanut models.  Often in smaller contests there just aren’t enough Peanut models present to warrant flying the event – you need three people obtaining official flights of 20 seconds or more to have a “contest”.

It seems the only place where a large number of Peanuts are present is the larger FAC contests:  the Nats, the Non-Nats, and the Outdoor Champs.  Even at the vaunted AMA Free Flight Nationals, is it hard to get three people to fly Peanut.

This year marks the 5th straight year I have won the Peanut event at the AMA Nats – and at least twice, there were less than three contestants.  This year, I thought the streak might end.  Gene Smith from Oklahoma was there with his famous Grumman Tiger Cat twin-engined Peanut.   It is a great flyer and with its bonus points, it could easily beat my Peanuts.  His entry would be the third contestant, along with me and Jerry Murphy from Colorado. 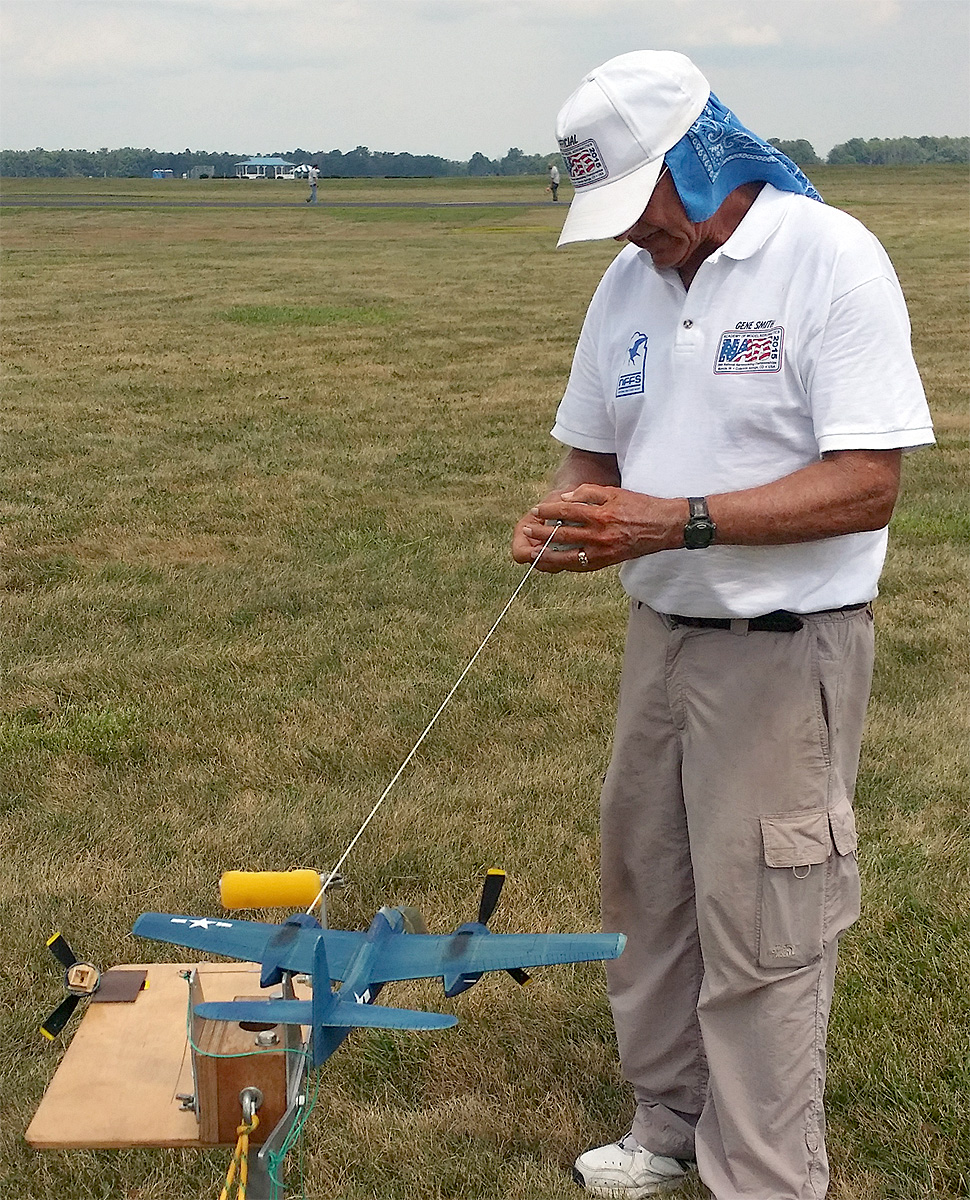 Gene put up a test flight “on two-year-old rubber” of about 40 seconds.  He was happy with the trim and immediately set about replacing the motors with new rubber.  Unfortunately, he could not get an official with the new rubber.  for some reason, the plane became unstable – sometimes it appeared that one prop was locking, but who knows.

I am posting a photo of the Champion plaque with both of my Peanut entries:  The Fairey Barracuda posted a 77-second flight and the 22-year-old Pegna P.C.1 (it’s been repaired and recovered since first built) posted a 79 second flight.  I am very pleased with both of them, but know that with a little attention to detail in trimming, they both have longer flight times but would be at risk of thermaling away from me.  By the way, the Barracuda placed second in WWII, in a rather close final flight – Pat Murray’s Avenger stayed up about 10 seconds longer than my plane (this is where the better trimming would come in handy!) 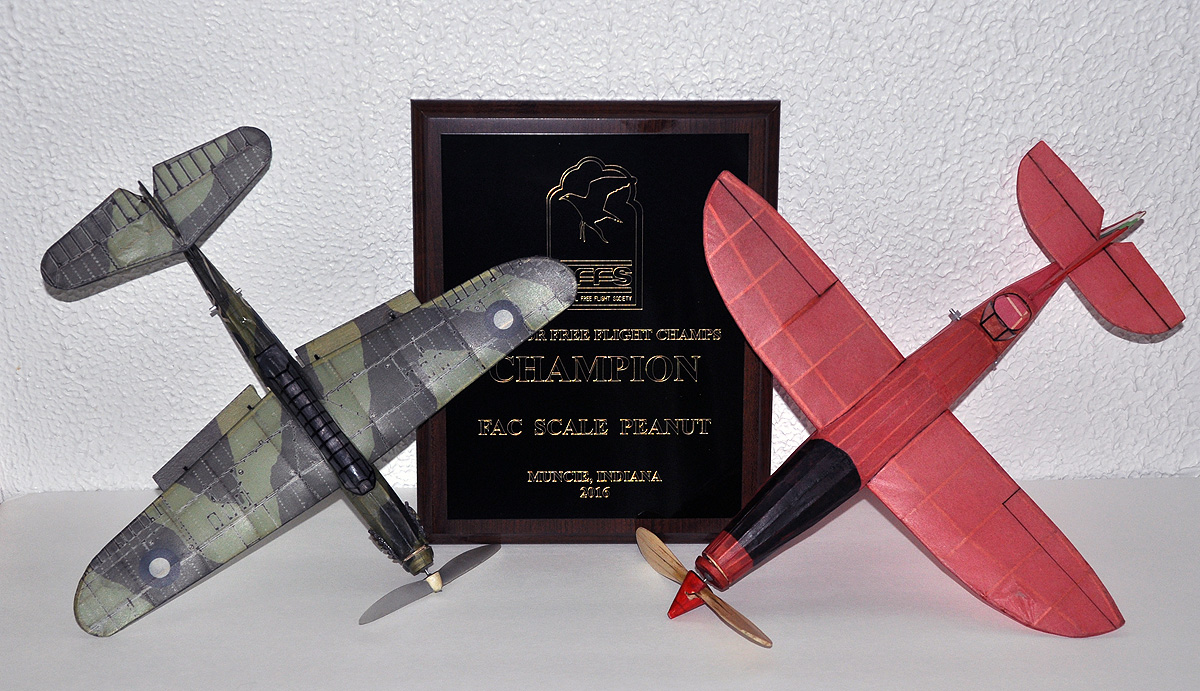 I urge people to build and fly Peanuts – they are fun and you can pack several into a small box.  Someone meet me in Muncie next July and give me a challenge!

5 Responses to PEANUT – the Loneliest Event