This will be my Flying Aces Club Greve Racer for 2016.  It is the Keith Rider R-5 in its original colors – the Elmendorf Special (2 years before the Marcoux-Bromberg Jackrabbit).  I started this just before Christmas, so it’s been three weeks.  I vacuformed the canopy yesterday (and one for Jack’s Jackrabbit) and tried my hand at a pilot.  This was also vacuformed, but by Chris Boehm.

This will also be a short kit – it is essentially the same as the Jackrabbit, but with changes to the fuselage – and the plan and laser cut parts will reflect those changes.  It is based off Tom Nallen’s design and will build to the same 16″ span.  My prototype (yet to fly – its near-blizzard conditions out there today) weighs in at 20.5 grams without rubber.

As for the color, Robert Hirsch says it was “Cream (band-aid)” – so…I selected this peach/tan color.

I will have a gallery set up on this site soon for this model and might even include tissue-printing files.  In the mean time, here are some photos: 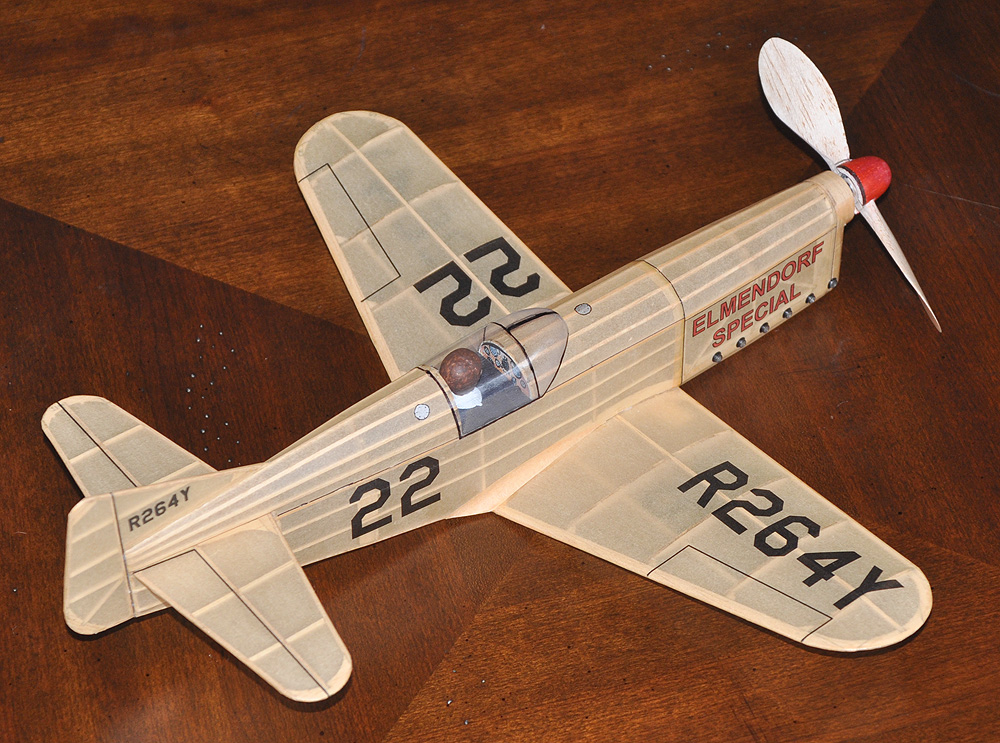 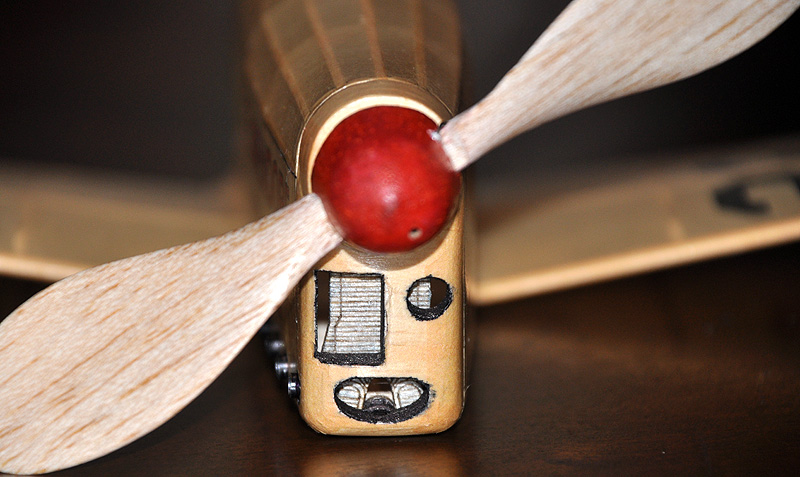 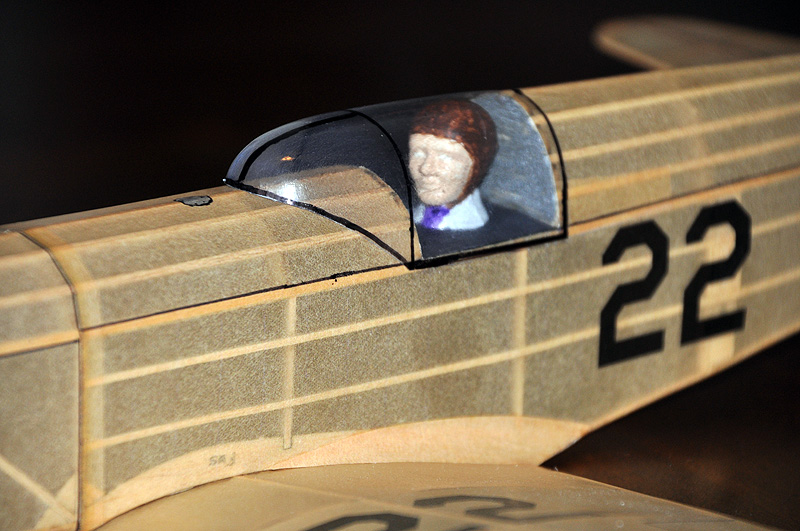 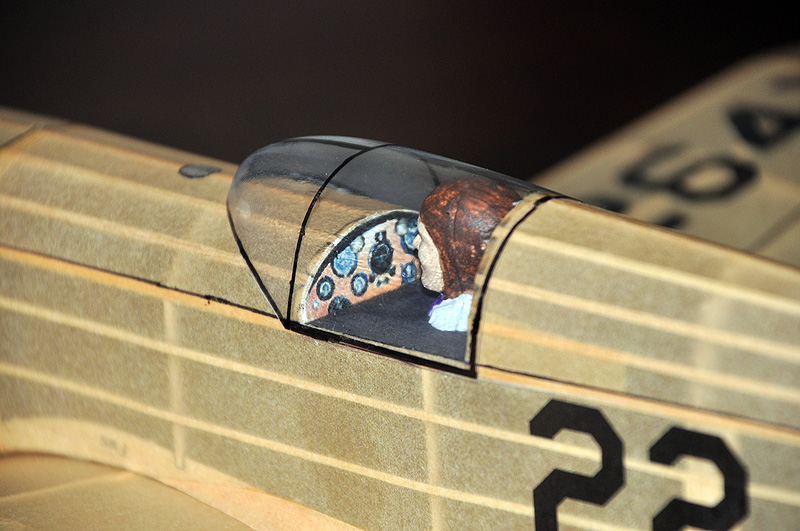 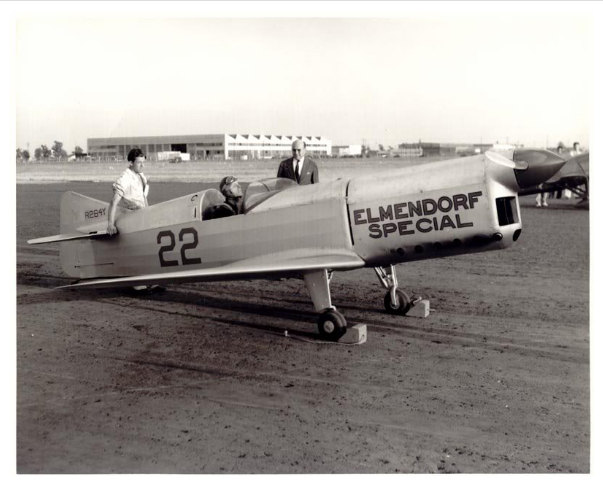