Free Flight into the Future

I just returned from 5 days of Flying Aces Club fun at the “non-Nats” (the FAC has a “Nationals” level contest every two years, however, they have a large contest yearly – alternate years are call the “non-Nats”).  This year there were 101 registered participants – roughly 10% of the FAC membership.

At one time or another, every Free Flight-er asks the question, “is Free Flight dying?”  This is a legitimate question for our segment of the aeromodeling hobby since it is so tiny and nearly invisible in comparison to r/c.  Our companions always seem to be older and pass away with alarming regularity; it’s very sobering.  Time, which robs us of our flying buddies, also provides us with a new perspective.  When I started Free Flight, I was a young man and part of the “new blood”.  The ten years I took off went by in a blink of an eye and when I returned, I noticed several things:  my friends were so much older than I remembered, many were no longer around, and…there were new people to get to know.

Free Flight is not dead.  We continue to get new people in and they will pick up the torch.  As I observed the crowd in New York this week, it is evident that there are many flyers that are younger than me – this is the new “new blood” crowd.  It’s good to see the people in their late 20s through 40; they are likely becoming settled in their life and finding hobbies that interest them for the long haul.  Two such people I saw this weekend were Gerard Kondrat and John Jackson.  We see Gerard at the New York events; he is from Canada and cannot get to the contests farther away.  He has a young family and usually brings his daughter, Marie, to the events.  Gerard picked up his FIRST  Flying Aces win this week at a contest where it is difficult for anyone to win (because of the high level of competition);  John Jackson has been flying with the Cloudbusters for about three years now.  He was awarded his “Blue Max” for achieving 16 wins in his FAC “career”.  He also has a young family and, as I said earlier, it is great to see younger people discover this hobby.  I am confident these two will continue with Free Flight and carry it forward. 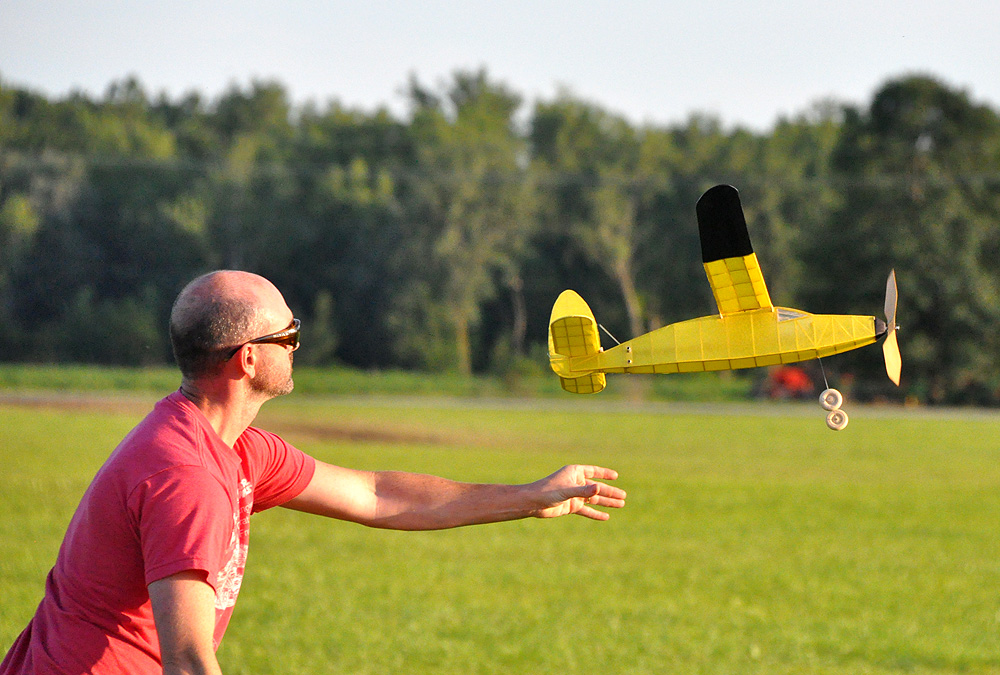 John Jackson and his Korda Victory

And there are young people, too.  Not only kids that come with parents, but kids that BRING their parents and kids that WIN.  It’s always great to see anyone under 20 participating, but you have to wonder if they will continue with the hobby after college and family and such, only our Dear Friend Time will tell.  However, I do need to mention two bright young stars in the FAC:  Marie Kondrat and Oliver Stone.  Both are in their early teens and have been mentioned here before, but they deserve mentioning again.

A year or so ago, Marie won her first kanone in WWII-Combat in a smaller contest that she attended.  Last year at the Nats, she placed 4th in the BLUR Race (flying in a straight line, consistently and quickly) and this year she won the event.  Her plane was first across the line in every heat she entered and was clearly the most consistent plane and pilot.  Her father, Gerard, said she had been practicing a lot and he was justifiably proud of her win. 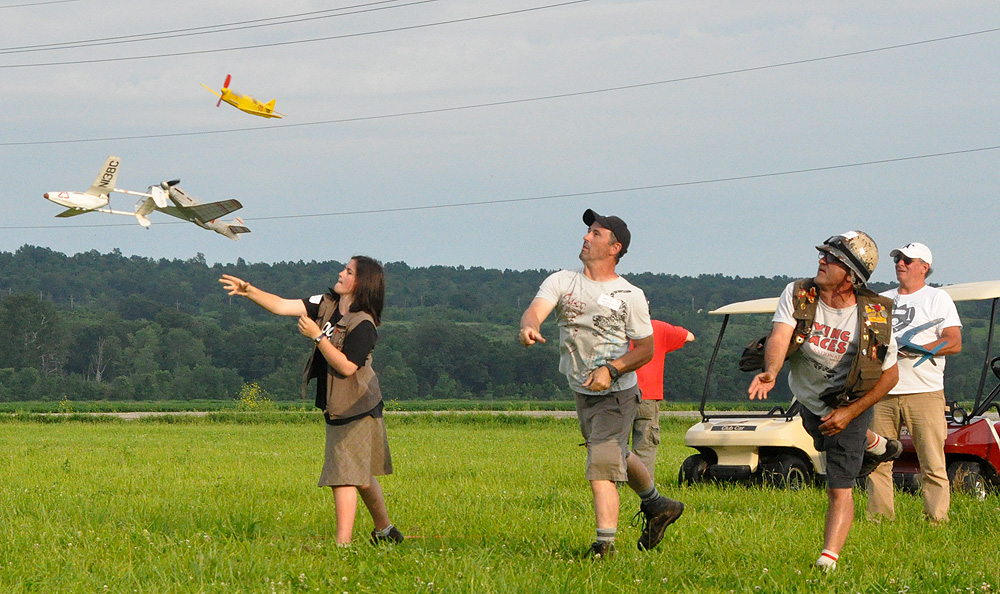 Oliver is an interesting case – he discovered Free Flight on his own, without the traditional introduction from his father.  I met him last year and observed great potential in his flying.  Well, one year makes a difference.  This year he placed 3rd in Embryo (51 entries!) and was the only contestant in Embryo to record two max flights.  He also placed FIRST in Dime Scale.  In fact, he flew two planes in Dime, but the lower scoring plane is eliminated by rule – however, it scored high enough that it would have been 4th place.  Oliver has done an amazing job learning Free Flight and Stick & Tissue.  He has even brought his father, Michael, into the hobby and Michael has started building and flying.  It is my strong hope that we continue to see these two young people at Free Flight events for years and years to come. 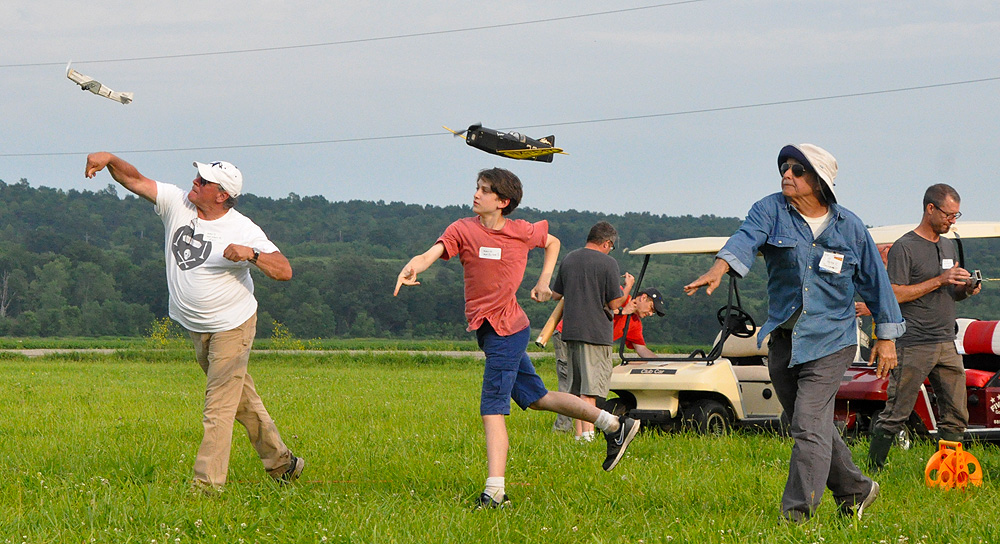 While this has been focused on the Flying Aces Club (Rubber Scale Free Flight), I know that there are younger people finding NFFS and AMA Free Flight, also, whether it is Indoor, or Outdoor Rubber, Gas, Glider, or even FAI Team Selection.  Us old, older, and oldest fogies can breathe a small sigh of relief that Free Flight still has life and will continue into the future.  We can always clamor for more participation and more new blood, but let’s not forget to acknowledge that the next generation is seeping in.