We reached a milestone yesterday, 15 April 2015:  200 Facebook Likes for our Volare Products Facebook Page.  That’s something small, but it made me ponder a bit – 200 different people, all with some degree of interest in Model Airplanes, have decided that I offer something significant enough that they would like to follow my posts.  200 isn’t many, but at the same time, it is a lot of people.  Thank you everyone; I hope I continue to live up to your expectations.

Coincidentally, here is a little story.  The other day, Tuesday I think, I was trying to test fly a new model without much success.  I tried in my small side yard for roughly an hour.  The little Peanut shows “some” promise, but has provided more frustration than promise at this point in time.  More on that plane another day – maybe.  After this length of frustration, I wanted to partake in what my friend, Chris Boehm, has called “evening therapy” – just get some flights in with something that flies.  I didn’t want to get one of my contest models out, I just wanted to have some fun in my larger back yard with a model that wasn’t important and hasn’t shown much capability.

The model I chose was my Occhipinti’s Tailwind Peanut.  This was the first model I drew up and built after my 10+ year layoff from the hobby.  I was seeing if I could “still” draw and build; an attempt to get back into the groove.  The model turned out nicely, but it never really flew well.  In fact, I doubt I hit a minute on it ever – and a high wing, retract gear, light weight Peanut should be able to do a minute!  So this model was often dragged around to contests for 3 years, but rarely flown.  I have better flying Peanuts.  But it would be good for an evening of tossing something around in the back yard.

As I walked out to the yard with it, I tried to recall what I need to do to get it to fly.  I know that it failed completely before, but something recently had been giving me hope (by “recently” I mean sometime last summer).  I put about 400 turns in the long loop of 3/32″ rubber and gave it a toss into the calm air.  It climbed, proving  my recent memories of potential, but was quite stall-y.  I recalled that early failure was likely due to a nose-heavy condition and I had removed all added nose weight from the model.  Now it was clearly tail heavy.  I added a pea of clay to the spinner and gave it another toss.  This one was much better, especially in the glide, but still stalling under power – shim that nose block!

So I did.  I used some of Mother Nature’s on-field shim material, in this case the stem of one of last fall’s maple leaves.  I gave it down and a little left and the same 400 winds.  Well, that did the trick, the plane climbed up and circled and got higher and higher, now it was above the height of the evergreens that surround my back yard.  No worries, there was only light drift and I had started far enough away that the plane should spiral down shortly within the yard.

Well, not quite.  The pea of clay on the nose and the long motor laying in the fuselage must have been just right…the glide slope was very flat – this was good news for the future of the model – for about 10 seconds.  As the plane circled and slowly descended, it drifted east into the evergreens.  It got stuck about 30 feet up deep within the tree.  I went to find my retrieval stick, but knowing it was too high.  When I got back to the tree, I noticed that a breeze was picking up.  I saw the model shift; it actually fell about 2 feet.  The weather forecast called for a couple of nice days with some 7 mph winds, surely the wind would bump the model out of the tree.  As of last night, the model was still stuck in the same place.  The weather is turning to rain; it has already sprinkled some today, with a projection of real rain later in the day.  At least I can go visit its final resting place.

It is strange…this model has never been a favorite.  I rarely have flown it in contests – it wasn’t competitive – in flight or as a high wing.  It should have been, but never was.  But, I want it back.  So why has this affected me more than the fly-away of my Chambermaid Dime Scale last Sunday?  That plane was a proven winner and would have continued to serve me well.  This plane…maybe it is because I can see it…maybe because I overcame the problems with it…maybe because it was its turn (having sat in the box and now ready to perform)…maybe because…   I don’t know, but that’s the hazard of Free Flight. 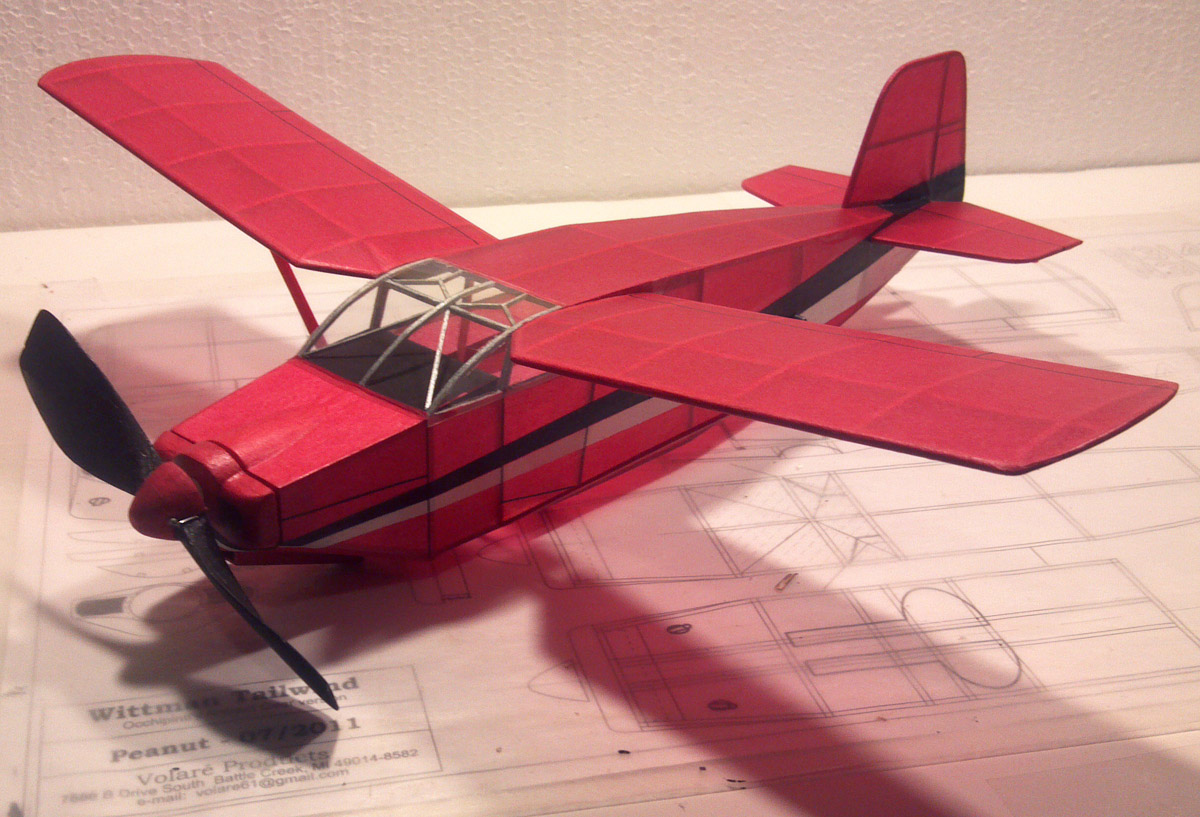