Contest Report: It Was a Good Day for Volaré Products!

April 12th – Yesterday was a good day.  Spring is finally here and our contest day weather was “not too bad”  it was chilly in the morning, but it warmed up to 60+ degrees and it was sunny all day.  The wind was about 10-15 mph, so that was the down side.

Out of 7 events yesterday, brand new Volare Products planes took TWO first places!  John Jackson got a chance to put his new Chambermaid Peanut (built from our short kit) through its paces.  His plane rockets up, grabbing all kinds of altitude before power runs out.  He took first in Peanut by a large margin.  He gave up the model for lost, until we found it looking for another lost model.

My son, Jack Bredehoft, built up a prototype NoCal Cessna Centurion, finishing it the night before the contest.  He tested it on 3 flights and then started flying for officials.  On his second official flight, the little 6 gram plane caught a boomer and flew Out Of Sight.  His two flights were good enough for First Place.  As soon as I finish up the plan and make a couple wood corrections, this will be a NoCal Short Kit (maybe even a full kit later).

Here are winners John and Jack with their planes: 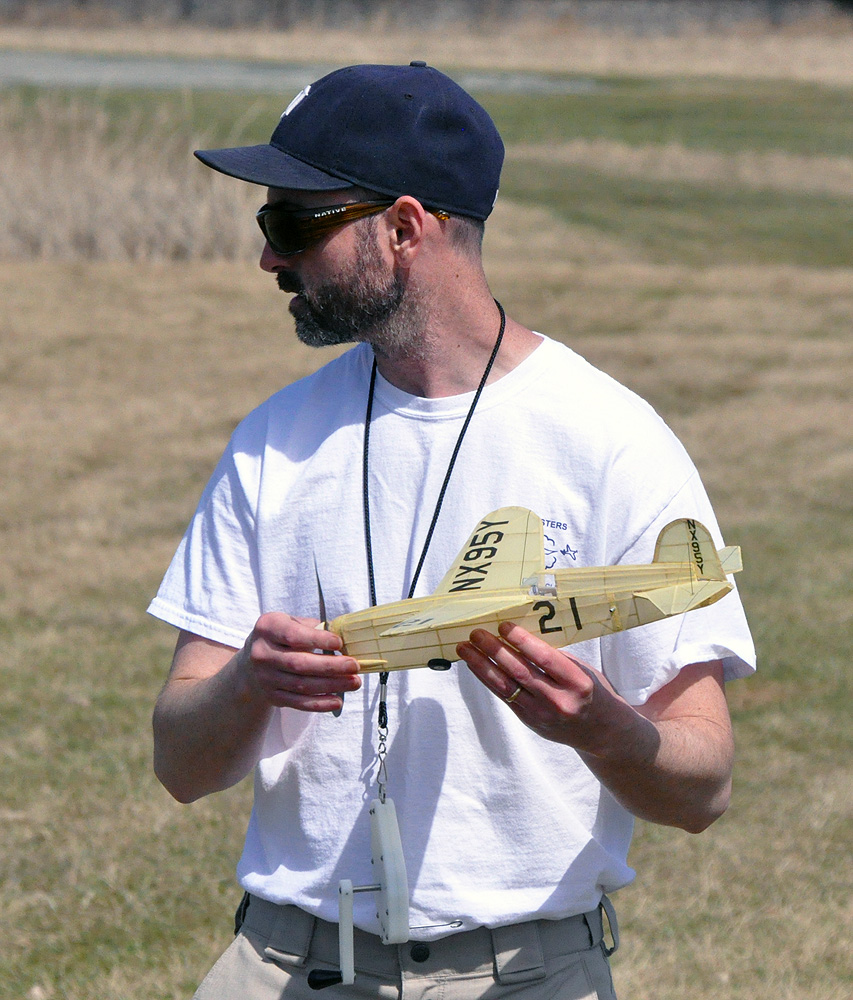 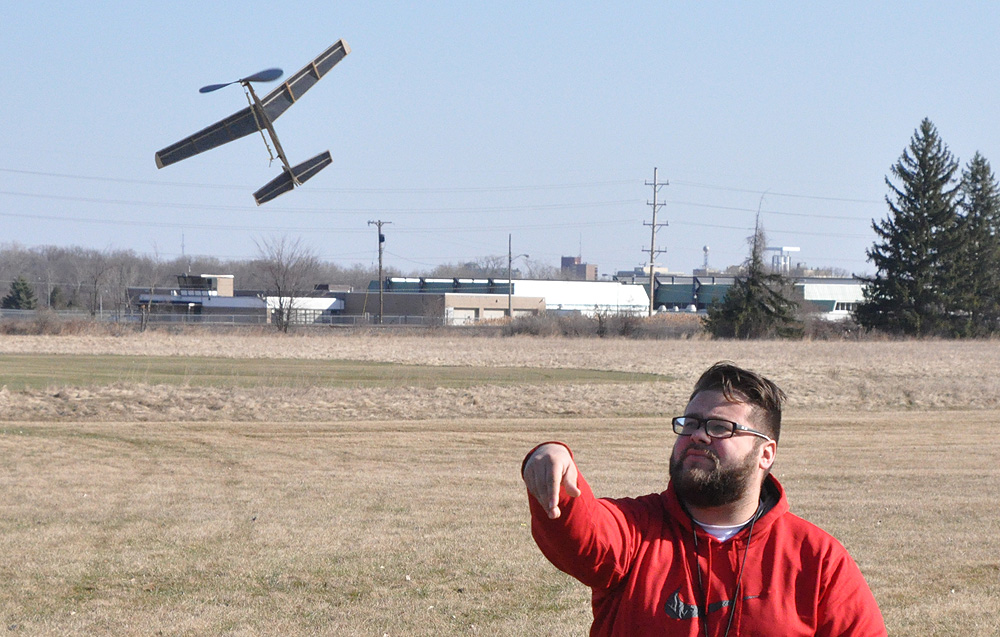