Posted on 30 September 2014 by Bredehoft

I have several stories to capture about my experiences this past weekend at Muncie.  It was the Ted Dock Memorial FAC contest put on my the Indy Squadron.  There was typical low attendance (less than 20) but atypical beautiful and perfect weather.  We had the usual suspects from Indiana and Michigan, plus other contestants from Ohio, Illinois, and New York.  The weather was high-70s to mid-80s, low humidity mostly clear skies, and little to no wind.  We all had a great time and there were several spectacular flights.  Harrison Knapp put in over 10 minutes with his Dime Scale Beech Staggerwing before we all finally lost sight of it.  Don DeCook put up a 6 minute King harry flight and caught the model less than 100 feet from the launch table.  John Jackson, one of our Cloudbuster beginners, trimmed out some of his models, going from “not flying” to maxing in both Dime Scale and P-30.  It’s a real pleasure to help out the beginners and get them to success – that is so critical to keep them from getting discouraged.  There was even the comically-tragic:  Harrison ROG’d his Phantom Flash and Winn Moore innocently launched his Jet Cat U2 right through it.  Winn ended up winning Phantom Flash and suffered much ribbing about eliminating the competition! 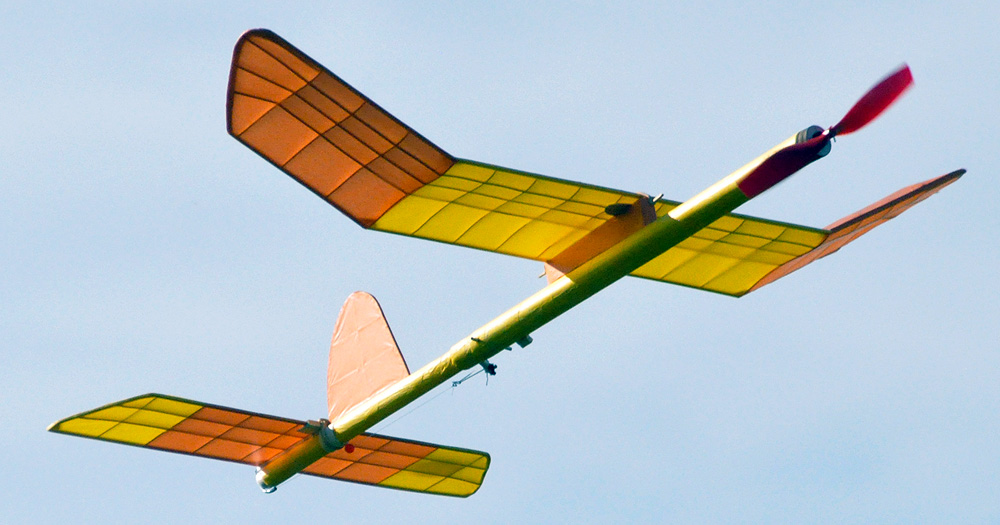