Posted on 15 September 2014 by Bredehoft

Well, I am afraid summer is fading into fall here in Michigan.  It has been VERY busy here since mid-July and I’ve neglected posting on here, among other things.

A couple of evenings in front of the TV with glue and sticks have produced these bones.  This is The Wisp; a Dan Heald plan first published in the January 1946 Model Airplane News.  I have liked the lines of this plan for a few years since I found it on Outerzone (I think), however, the date had prevented me from building.  January 1946 is the date before which all planes are designated as Old Timers in the Flying Aces Club.  Therefore, this model was not eligible.  Well, the Cloudbusters did some digging and inquiring – it paid off.  Since the January magazine contained photos and flying reports of the built model, it was accepted that the plane was designed and constructed BEFORE January 1946 – at least, acceptance for the time being.

As this has a 25″ wingspan, this qualifies for FAC OT Fuselage (models with landing gear) and FAC 2 Bit Plus One (max 26″ wingspan OT ROG models).  With a bit of luck, this will be ready for testing at our Cloudbusters contest on Sunday, the 21st.  Of course, I traced the plan and laser-cut the parts, so look for a Short Kit in the near future. 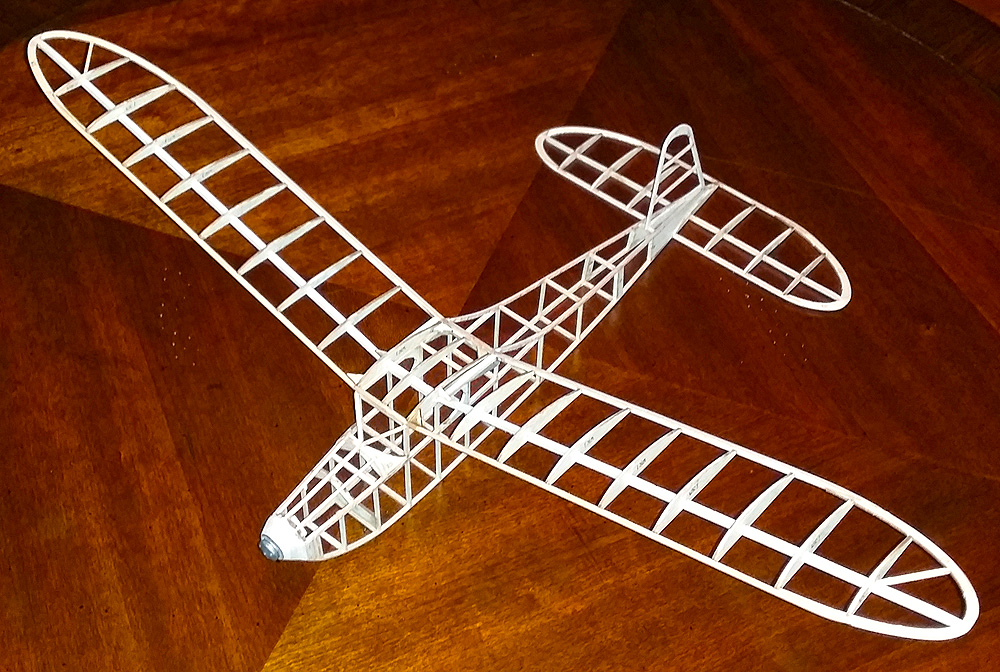